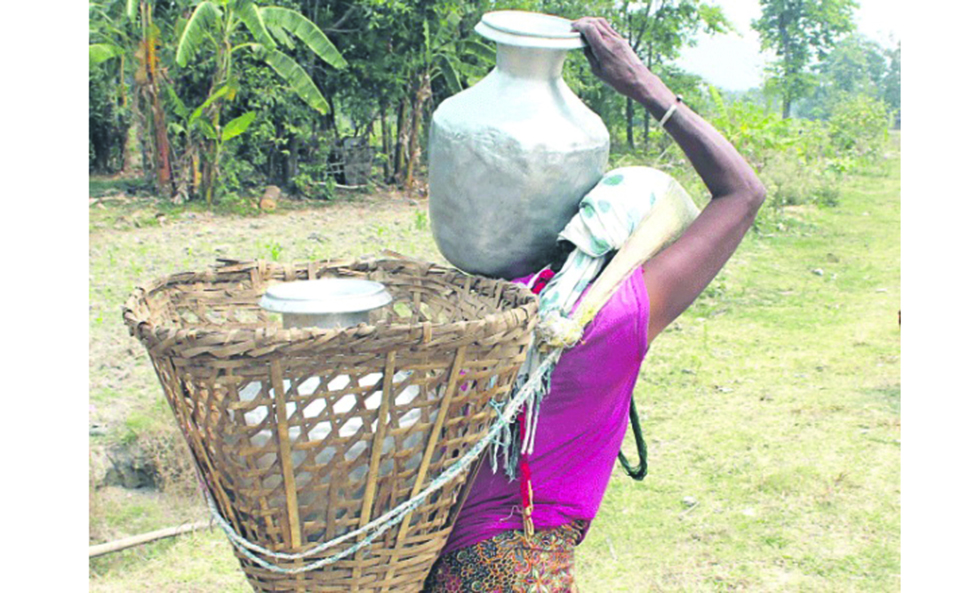 Nepal’s primitiveness is starker in its villages, where public amenities such as drinking water supply, public sanitation, paved streets and improved housing are largely absent

Calling a society primitive or uncivilized could sound offensive and derogatory, for most modern societies we encounter or have knowledge of do not meet the anthropological characterization of primitiveness alluding to cave dwellers, living a “natural life” in small homogenous groups. This would then mean a community of hunters and gatherers, familiar with no higher level of technology than the use of wheels and skill to make fire. We know that we can hardly find a civilization existing in the modern world that contains these features.

However, the modern concept of primitiveness can be framed in terms of technology and connectivity, meaning a society that is ‘pre technology’ and live an isolated life characterized by low level use of market purchases of consumption items close to self-sufficiency. Further, self-sufficiency and a lack of connectivity can be expanded to include low level contact with government institutions and an absence of access to social protection.

Many of us will be surprised to know that much of the world was primitive as little as 200 years ago, if we take this to mean local self-sufficiency and an absence of government services. Because of the difficulty of travel and limited access to information channels, international connectivity was low and cross-border trading existed primarily in coastal areas in small volumes and for selected items that were not accessible to most people. Limited trading opportunities prevented nations from having an incentive to produce a surplus that they can’t sell to other nations, those who could produce them only at a very high cost. Limited trading opportunities thus closed a key route for nations to benefit from international cost differential arising from variations in their resource endowment.

We can then conclude that until about 200 years ago, standard of living across the world was very much similar, in sharp contrast of what we see today. There are enormous variations in the volume of goods and services that people have access to and utilize them in daily living. The most accepted measure of difference in living standards is the per capita income which is the market value of goods and services produced in a country.

Differences get reduced if nominal numbers are adjusted for purchasing power, which is the amount of goods and services each dollar can buy in any individual country (known as Purchasing Power Parity (PPP) measure) but the gap still is large—by 22 times between Nepal and United States, for example—but the PPP adjusted data aren’t as reliable as nominal dollar measure.

Now we can get a perspective on the meaning of primitiveness in the world of today which can basically be defined as countries with low per capita incomes and, implicitly, low standard of living. There is no agreement as to what is the borderline of development stage dividing the countries between poor and rich and backward and advanced economies but we safely take the per capita measure of $2,000 making up such a dividing line.

Why are there so much of differences in the cross-country incomes and wellbeing? As noted above, living standards meaning per capita incomes were largely the same worldwide until the early 1800s and had been that way for at least 2000 years for which reliable estimates can be made. Income gap started widening visibly from the decades of 1800s, with the countries in Western Europe and North America getting ahead of rest of the world in wealth creation and in the alleviation of common poverty that, in most part, separated Western and Eastern countries in the measure of economic prosperity.

The emergence of rich-poor gap happened for a number of reasons but the large part of differential occurred because of technology gap, with most of the new research and innovations occurring in Western World that led to many-fold increase in labor productivity ensuing from the use of new technology as labor-saving device in agriculture and industry, accompanied by new innovations in trade, transport, and housing sectors. Rising productivity created opportunities for specialization and cross-country trade. Government support for research and development spending helped these countries maintain their lead in productivity growth.

Relative political evolution also played a role that encouraged or discouraged research and innovations to support growth or hinder it. Some countries opted to democratize while others chose a despotic rule to exclude everyone else except themselves, for power and wealth. Some opened the countries for travel and trade while others chose to discourage or disallow it. Some countries rewarded scientists and innovators through patent rights, while others didn’t offer such encouraging environment. All these differences led to a widening of income and wealth disparities among regions and countries and this had very little to do with natural wealth or a lack of it.

Nepal remained an outlier to the world development with the economy left in its own ‘natural state’, meaning no conscious intervention to change its course of evolution. The main feature of this natural state economy was for people to make use of resources they had access to and utilize skills and knowledge they had acquired from past generations to meet their basic needs. These were limited to growing of crops; tending of animals; and building thatched roof homes for shelter.

They dug wells to get drinking water and made ponds and reservoirs that animals can drink from and supplied water for simple irrigation. For some of the items for daily needs like clothes, sugar, salt and spices, they exchanged their produce to purchase from outside. And this is the life world’s poor countries lived while rich countries improved their living in hundreds of ways, most of it from rising incomes and high level access to government services.

If living in the natural state in the way described above can be said to be primitive, there is abundance of evidence that Nepal does exhibit all these characteristics. In fact, Nepal has maintained its primitive existence in a much worse manner than any other country in the Asian region and also elsewhere in the world, excepting its distant cousins in Sub-Saharan Africa. Nepal’s primitiveness doesn’t mean that modern amenities of life such as access to cell phone, cable TV, electricity, vehicular transport and air service do not exist. In fact they do but these so-called modern amenities of life haven’t changed the basic parameters of life lived by most people making up the population.

Nepal’s primitiveness becomes starker when walking through its villages and townships, home to some 70 percent of population. Public amenities such as drinking water supply; public sanitation; paved streets; improved housing; and common facilities for bathing and washing are largely absent. After repeated promises by government of making safe drinking water available to every household, there is no evidence that a single village or township has yet been provided with this facility. People still depend on wells and streams to get their daily water, as they did hundreds of years ago. Much worse, the well water people drink is carcinogenic and contaminated with coliform bacteria, which indicates the presence of fecal content in water.

Sanitation wise, most people practice open defecation in the absence of managed toilet facility and this becomes the source of common infections and multiple forms of debilitating diseases, like cholera and typhoid. Trash collections and disposal systems rarely exist even in large city areas that become the source of air and water pollution, causing public health hazards. And, finally, grassroots poverty is evident from the sight of mud-filled streets and roads that carry tons of dust into breathing air stirred by passing trucks and buses, now the main source of emphysema and bronchitis.

Given the sanitary and health conditions a majority of people face, it is difficult to deny that we still live in medieval times, probably worse. There is no better evidence to look for than have an experience of life at the grassroots where primitiveness continues to persist but rarely recognized as failure of politics and consequence of bad economic management. Unfortunately, there is no accountability for policies that has led to this failure and no evidence that a different path will be chosen for ending this medievalism.

Prohibitory orders in Valley extended by a week
21 hours ago

As Lumbini Province Assembly endorses govt’s policies and programs, CM claims to have support of 45 lawmakers
23 hours ago

Netanyahu out, Bennett in as Israel marks end of an era
8 hours ago

As Lumbini Province Assembly endorses govt’s policies and programs, CM claims to have support of 45 lawmakers
23 hours ago