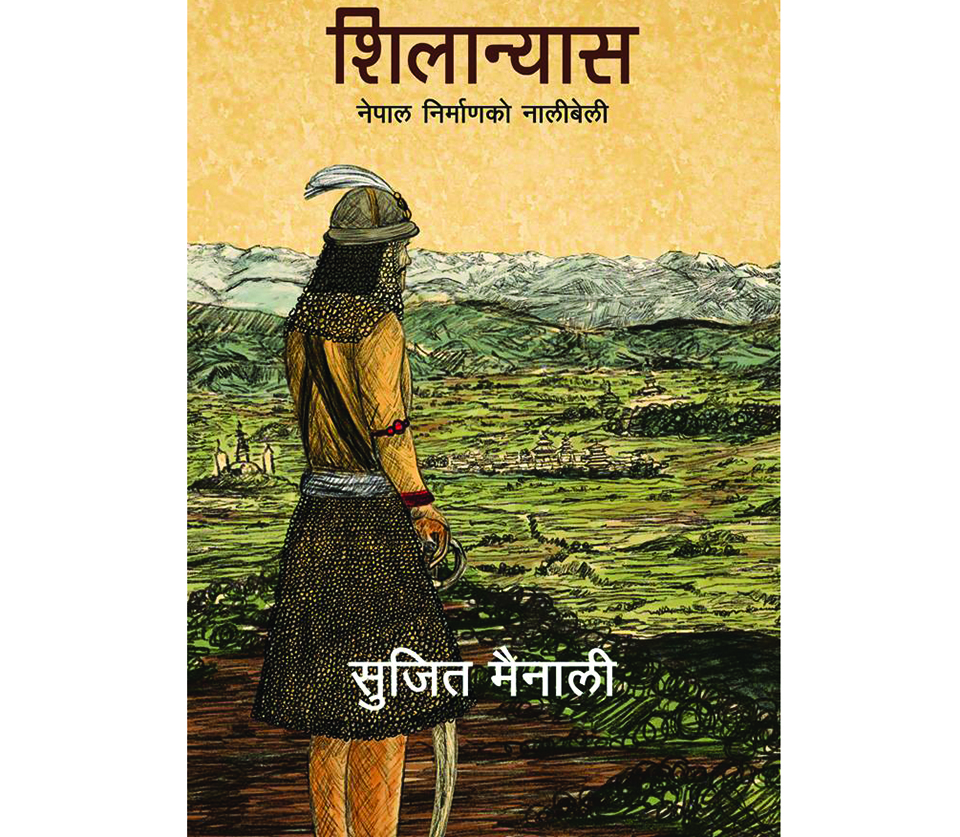 Was the Nepali state discriminatory toward certain languages, castes, cultures and peoples? Sujit Mainali tells us, it was but not all the time and not in every case

How should you tell it when you are telling the story of birth of your nation, its politics, people, society, international relations and history? Perhaps you can do so in one of three ways.

One, you use the available information on history and politics, consult as many books as possible for reference and give the impression of doing a good research. But you tell the story in such a way that your readers will be misled to think Nepal has no history of its own, it became independent and sovereign out of mercy of foreigners and all Nepali rulers were power-hungry killers who amassed wealth while people suffered.

Or you can tell the story in exact opposite way. You mention nothing about dark side of history. You glorify your rulers, speak no evil, hear no evil or write no evil of your rulers.

There is a third way too.

You study what others have written about Nepal and Nepalis. In doing so, you also try to find what interests and agendas guided those writers. You show where they have misrepresented your country and how. Then you try to correct those flaws.

Second type of history writing was popular at one time.  For the last one decade, however, the first kind dominated our mediascape. Therefore, almost all Nepali rulers of the past were portrayed as demons and rapacious murderers, enemies of people, their language, culture and religion. In the heyday of this narrative, we saw relics of the past being destroyed, we heard writers and commentators calling them names and attack some of the cherished symbols.  Speaking and writing evil about Nepal, Nepali rulers (past and present) and Nepali sovereignty became the hallmark of ‘progressive’ school. The group of writers belonging to this category kept telling the world that Nepal has been the most corrupt and most discriminatory state toward women, Dalits and Janajatis throughout its life.

Young historian Sujit Mainali has carefully distanced himself from the first and second approaches of history writing and this is precisely what makes his recently published book Shilanyas: Nepal Nirmanko Naalibeli engaging to read.

He tells the story of Nepal’s birth, challenges it faced during its growth and the actors who worked to preserve sovereignty and independence of Nepal.

In the process, he tells us how some of the claims made about Prithvi Narayan Shah in recent years (that he was ruthless conqueror, had no regard for the people of the states he conquered, was driven by the hunger to expand and rule and so on) were pure fabrication or utter exaggeration. He shows with evidence that these claims are misleading. Mainali gives credit to Prithvi Narayan for the birth of modern Nepal and proves with evidence that he was not as cruel and without regard for Nepal and Nepalis as has been projected by ‘progressive’ lobby. “The main objective of state expansion of Prithvi Narayan Shah was to permanently rule in those states,” he writes, “and in that context, state expansion was not a subject of reproach. Even Malla and Sen rulers had expanded their states as per their ability.” Here is where he might be questioned, for large majority of Nepalis regard him more as a unifier of Nepal than an expansionist.

Mainali asks: “Imagine what would happen if Gorkha state under Prithvi Narayan Sah had not initiated the process of state expansion.” “There could probably be two of the following possibilities,” he answers. “One, Nepal, in a disintegrated state as it was, could have been gobbled up by the British India bit by bit. Two, some other state, if not Gorkha, would lead the state expansion process and Nepal would be what it is today.” And what made Prithvi Narayan successful leader? “The progressive thought that the state should be kept indivisible had made Prithvi Narayan most successful leader of his time.” He portrays Prithvi Narayan as a progressive leader of his time.

Questioning the popular narrative that Nepal under Bhimsen Thapa made a mistake by taking the decision to go to war with East India Company, Mainali tells us that war with British India would become inevitable anyway.  British India and Nepal were expansionist powers of that time, he writes, and thus “Nepal would come to clash with expanding British in northern India” anyway.

Even if Bhimsen Thapa “had tried to diplomatically resolve border dispute in the plains below Palpa, inevitability of war with British would not be averted for long,” he states.

Another important part of the book is story of Nepal’s survival, despite almost losing its existence in 1814-16 war. “Despite British India imposing various kinds of restrictions on Nepal through Sugauli Treaty, Nepali rulers could manage to take the country out of the trauma of defeat, which Indian states which suffered similar defeat with British India, had not been able to do,” he writes. “Though Nepal lost its huge territory, Nepal did not disintegrate.  Its sovereignty remained intact.  This proves that Nepali state stood on the strong foundation and Nepal’s peasants and soldiers were the two main pillars of this foundation,” he claims.

He mentions how Nepal was left without support for war from the powers (France, China, Punjab and Gwalior) it had looked up to. An exhortation made to China by Nepal is worth mentioning.  Nepali king writes to the emperor of China:  Firangis in disguise of sages tried to enter Bhot (Tibet) which Nepali soldiers did not allow them to. Angry with our soldiers for this, they have come up with huge force to attack (amal) our country from the east and the west… once they gobble up our country, they will as well gobble up Bhot (Tibet).”

The Chinese emperor is alarmed by this exhortation but he is not convinced. So he writes back to Nepal enquiring if what is written in this letter is true, and if true, the emperor says, he will send huge force and annihilate them (Firangis) (bhasma garidiunla).  The Chinese military chief asks about this to Governor General of Company government too, who replies that Nepali king was lying. The emperor believes in Governor General more than Nepali king and this makes all the difference for Nepal’s future.

But what Nepali king had said in the letter was true, claims Mainali, citing Mahesh Raj Panta who says: “On Baisakh 29, 1869, some British in saffron (geruwa) dress and appearing like saints, had gone to China secretly by using Nepal as a route. They had been carrying guns as well.  When Nepali soldiers came to know about it, they had stopped them.”

Like most researchers (domestic and foreigners alike), Mainali gives credit to Janga Bahadur Rana, Bhimsen Thapa, Chandra Shamsher and King Mahendra for saving Nepal’s sovereignty. The third part on Dor Bahadur Bista reads like a forceful addition to the volume. He could have avoided that.

Sujit Mainali answers the questions raised about Nepali history and Nepali state in the last one decade.

Was the Nepali state racist? Yes, he tells us, but not as much as we have been told. Were Nepali rulers (from Prithvi Narayan to Mahendra) ruthless and uncaring toward people and the country? At times, they were but they also cared for the nation. Was the Nepali state discriminatory toward certain languages, castes, cultures and peoples? It was but not all the time and not in every case.

Only historians or history researchers can detect flaws, if any, with dates, facts, events and evidence he has used to prove his point. But on research, the book stands on solid ground. He cites almost everything written about Nepal and Nepali history from books by William Kirkpatrick to recent publications.

Mainali’s book reads like an attempt to bring back on track our national narrative which had been badly distorted in recent past.  The frenzy of hate against historical characters was so high it felt like Nepali history is only the history of debauchery, conspiracy, exploitation and submission. Mainali reminds us: ‘No, there are many good things about our history. Some of our rulers thought very deeply about this country too.’

One does not have to agree with Mainali’s claims just as he does not agree with many of the authors he himself cites. It is up to history experts to find where Mainaili has faulted. But his account of Nepal will make us look back how we faulted on some good aspects of our own history.

Jazeera Airways announces launch of service to GBIA
29 minutes ago