“I just wanted to prove to the people of my community where I came from; a place where I witnessed women violence, child marriage and girls trafficking. I want to prove that a girl is strong, powerful, and kind. She also can become everything that she wants to become. But firstly, just let her be herself,” says Maya Gurung, a mountaineer.

Gurung was born in Bhote Namlang village of Sidhupalchowk. Despite her father’s adamancy to get her married at an early age, Maya’s mother educated her. She was only 14 when Maya’s father decided to get her married. Maya, on the other hand was not ready. She was just a seventh grader then. Since she was fully focused on studying, she ran away from her home on the day before her marriage. “I went to Ratnapark and I took off from the bus park. I did not know where I was headed to. I ended up in Jhapa. All I did was weep in the bus. When the police found me, I asked them to educate me. I also told them I wanted to become like them,” says Maya.

The police returned back to her village instead. Since there was no school in her village, she had to travel across another village, crossing two rivers. She did not pass the SEE exams. Yet, she wanted her siblings to go to school. “I believe in learning. I came to Kathmandu. I did what I liked. I took English language classes, computer courses, fashion designing, and music classes as well. I started playing ten-pin bowling. I was offered the job of a bowling coach at Soaltee Hotel. I went on to become a national bowling player,” says Maya.

In 2006, Maya decided to train herself to climbing Everest. Earlier, she was generally referred to as ‘a spoilt person’ (Bigreko). She was someone who was talked of as a person not to be friends with. “I kept on moving, grew stronger and neglected comments made at me,” says Gurung. She trained for two years. Getting up early at 4 in the morning, running through roads filled with potholes, dogs barking at you every morning, and unknown people bumping on to you were now a part of her daily training routine.

In 2008, her hard work paid off.  She conquered Mt. Everest with the Inclusive Women Sagarmatha Expedition team.   “There was nothing in my head besides me being able. The strong feeling that I can climb the Everest was always so dominant. And now, I finally did it. The record of being first Gurung women to climb Mt. Everest just happened to be,” says Maya. After the successful expedition to Everest, everything changed in her life. The way the people perceived her was now so different.

Maya continued with mountaineering. She performed tandem skydiving in the extreme Everest region. So far, she has successfully climbed 5 summits .She was infected with pneumonia while climbing Mount Denali in the North Americas plates and due to poor weather, she could not scale Mount  Aconcagua of South America in the expedition. Maya is not only a mountaineer. After her return from Everest, she felt she needed to build a school. With Global Inclusive, they built five schools in Sidhupalchowk.” Darkness is the form of illiteracy. Growing up looking at women getting beaten, blamed for being single mother ,and acts of women rights violation these things struck me. Proper education leads to a better way,” says Maya. Maya also provide jobs regarding tourism to girls.

Recently, Maya scaled the Gyalzen peak (6151 metre) with her team. The team was led by Gurung. “As a child, I used to watch Jugal. I called it Mt. Everest. I used to tell my friends that we can see the Everest from my village. I always thought one day Sherpas will carry me to this mountain. I thought Sherpa were the people who frequently travelled to the mountain peaks and stayed up there. When I climbed Gyalzen peak the feeling was immense. The thoughts and the reality were all alive now”, says Maya.

Climbing Gyalzen has set a route. Maya added that since the visibility of Sidhupalchowk was less in the Government’s eye, and now with the route open, there can be employment opportunities and health, education, and infrastructure development. 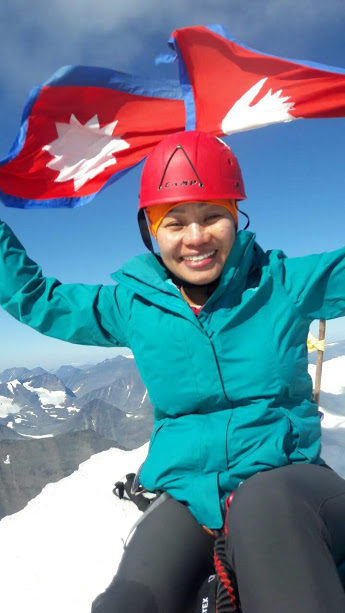 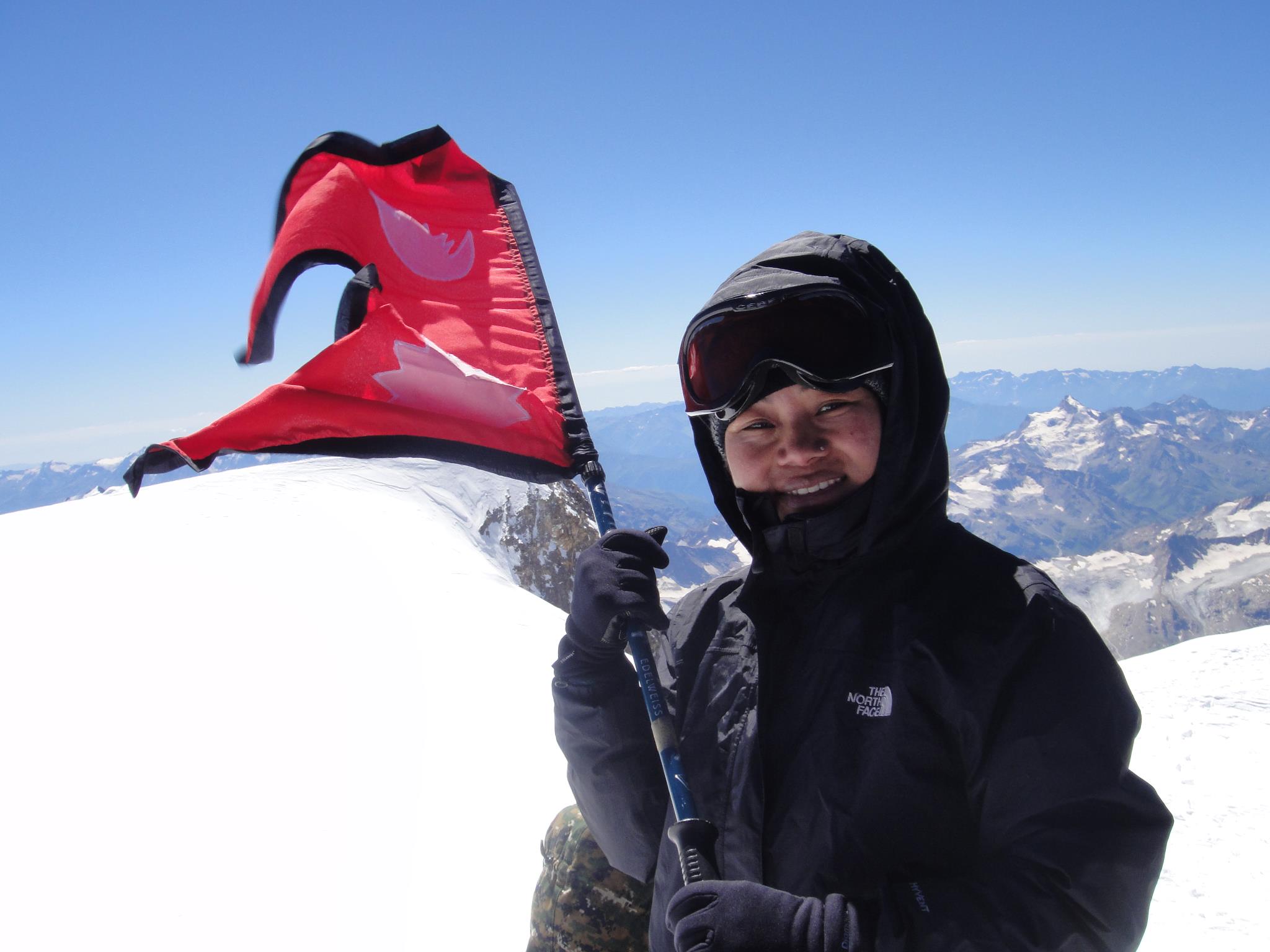