Sujit Mahara is a 27 years old cobbler who has been in the service since 2010. His work station is at Durbar Marg, which is known for branded stores. Originally from Janakpur, he came to Kathmandu after his father’s death and took his father’s occupation as his and he has been supporting his family of three.

Recalling the day, the reason he came to Kathmandu, Mahara shared, “After my father passed away, my mother worked as labor to feed her children. But, things got worse when my mother fell sick and she couldn’t continue to work. We didn’t have money to treat her, so we began to collect funds for her treatment. The money was enough just to treat once.”

This unfortunate event in his life led him to migrate to Kathmandu. He added, “At first I was very nervous to come to work in a new place, I was studying in grade eight which I left as I became the breadwinner for my family. I had seen my father work there and even without much skill, I sat on the same spot where my father used to sit and began to work as a cobbler.”

Currently, he lives with his mother and a younger brother where he has already married off his sister. “I am happy to work without any objection and my only aim is to give happiness to my mother and see my brother graduate from college, then work in a prestigious organization rather than following my footsteps,” he expressed.

He believes in quality work and most of his customers are happy with him who comes to him for repairing their shoes. He has a dream to travel to different countries; however, he feels bad about Nepali youngsters going abroad for work. He said, “If one is dedicated and skillful, s/he can earn a living staying in the country. I feel sad as most of the youngsters from my community have gone abroad for work opportunities.” 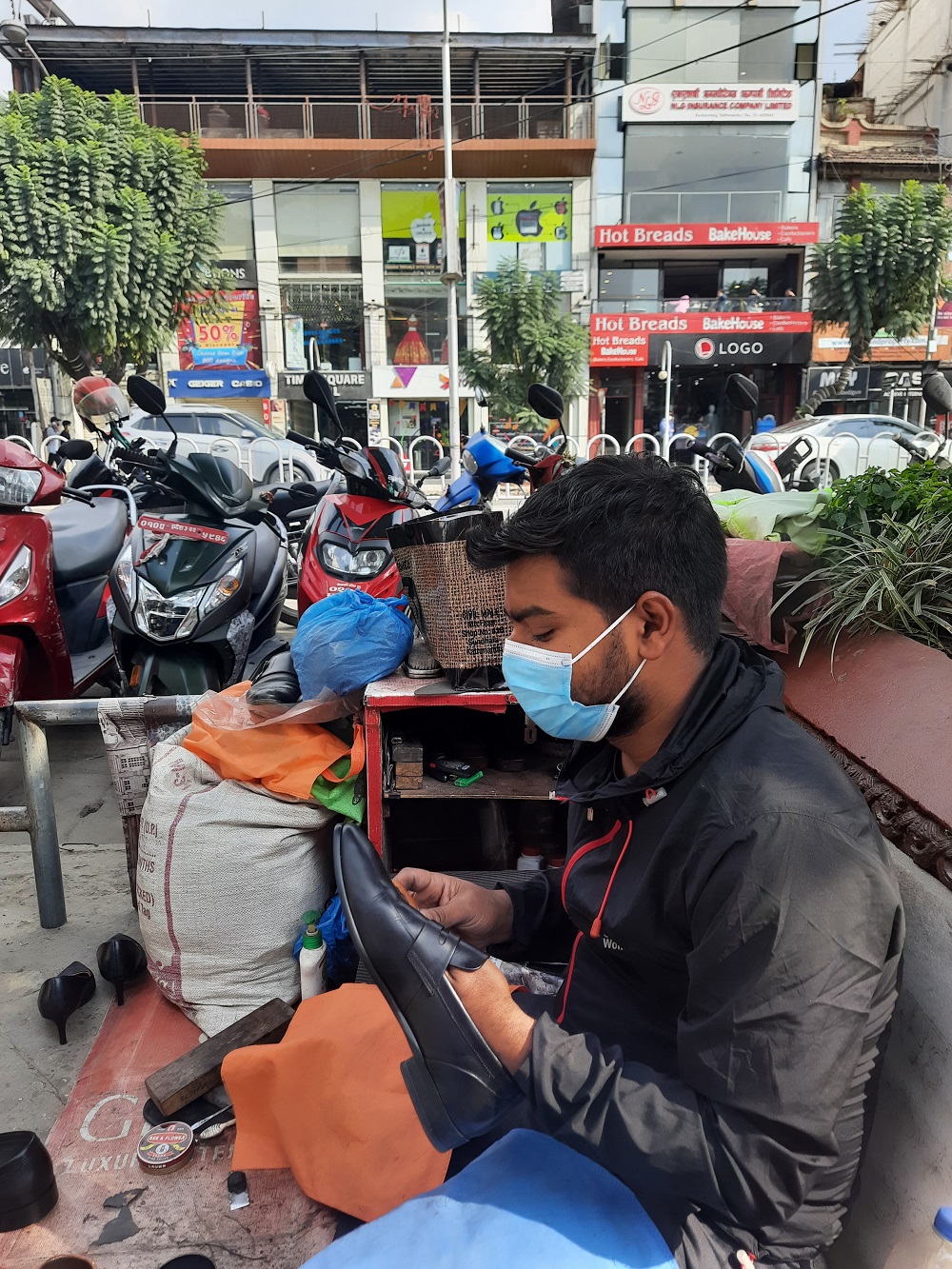 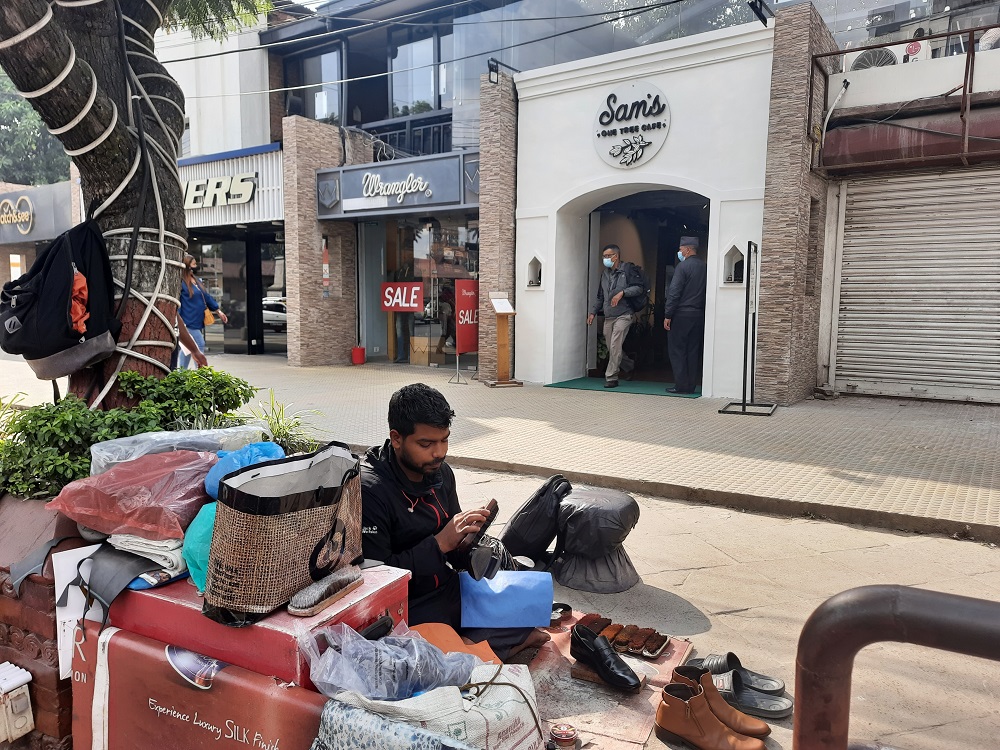