Twenty-nine years old, Jaa Dangol, is the founder of Lachhi situated in Khokana. Lachhi has its own café and store where one can taste the authentic Newari food, buy ethnic handmade crafts and local agricultural products.

Dangol being a local from Khokana grew up in a community where music, farming, food, art, and festivities are interconnected, which fascinated him since his childhood. A graduate of BSc (csit) from Tribhuvan University, he developed a hobby for travelling and photography that led him to appreciate his surroundings even more.

His love for creating awareness and promoting the natural and cultural heritage of Khokana became stronger, when Nepal was hit hard by an earthquake in 2015. “During the time of the earthquake, I felt we needed to preserve our indigenous knowledge and traditional crafts, which is at the verge of disappearance due to the modernization. Then, looking at the females in my community, I found out, I have to involve and empower them, if I want to spread awareness and promote our heritage,” explains Dangol.

Dangol tapped into the community and figured out the number of women in his community is larger than men and they also have formed women groups. But still, they are dependent on their male family members, economically. “To convince them was a challenge in the beginning and even my mom used to scorn me saying ‘you studied computer science just to open a bhatti (local eatery).’ But gradually with time, I was able to convince them and they are now proud of me,” recalls Dangol.

Moreover, in the earthquake, his house too collapsed to the ruins. After a year from it, he decided to build his house in traditional form to establish a platform for the café and store with his family’s support.

His vision got substance nine months ago. He shares, “During my initial days my family was skeptical about my work. I had a bigger picture in my mind to spread awareness, preserve our heritage and empower local people. And I am still working on it.”

In this process, the furniture, beams, windows and doors for the new building were created by the ruined materials found in his surroundings. He now is working closely with three ‘Amaa Samuha’ groups and a total of 25 women are directly involved with the business. At his café one can taste authentic Newari food like yomari, chowila, chatamari among others. The crafts available are straw mats, shoes, bags, etc and hakku jaki (rice grain), beaten rice, corn, millets among other seasonal vegetables and fruits are agricultural products on demand, which can also be ordered online from Lachhi’s Facebook page at a reasonable price.

In the near future, he is working to build a homestay in his locale, a tourist information center and his website is in the pipeline.  Though the pandemic has affected his business he is optimistic about his future and he says, “Life is a journey full of surprises. I never thought I would be a social entrepreneur. My hobby and passion with determination to do something for my community made me who I am today.” 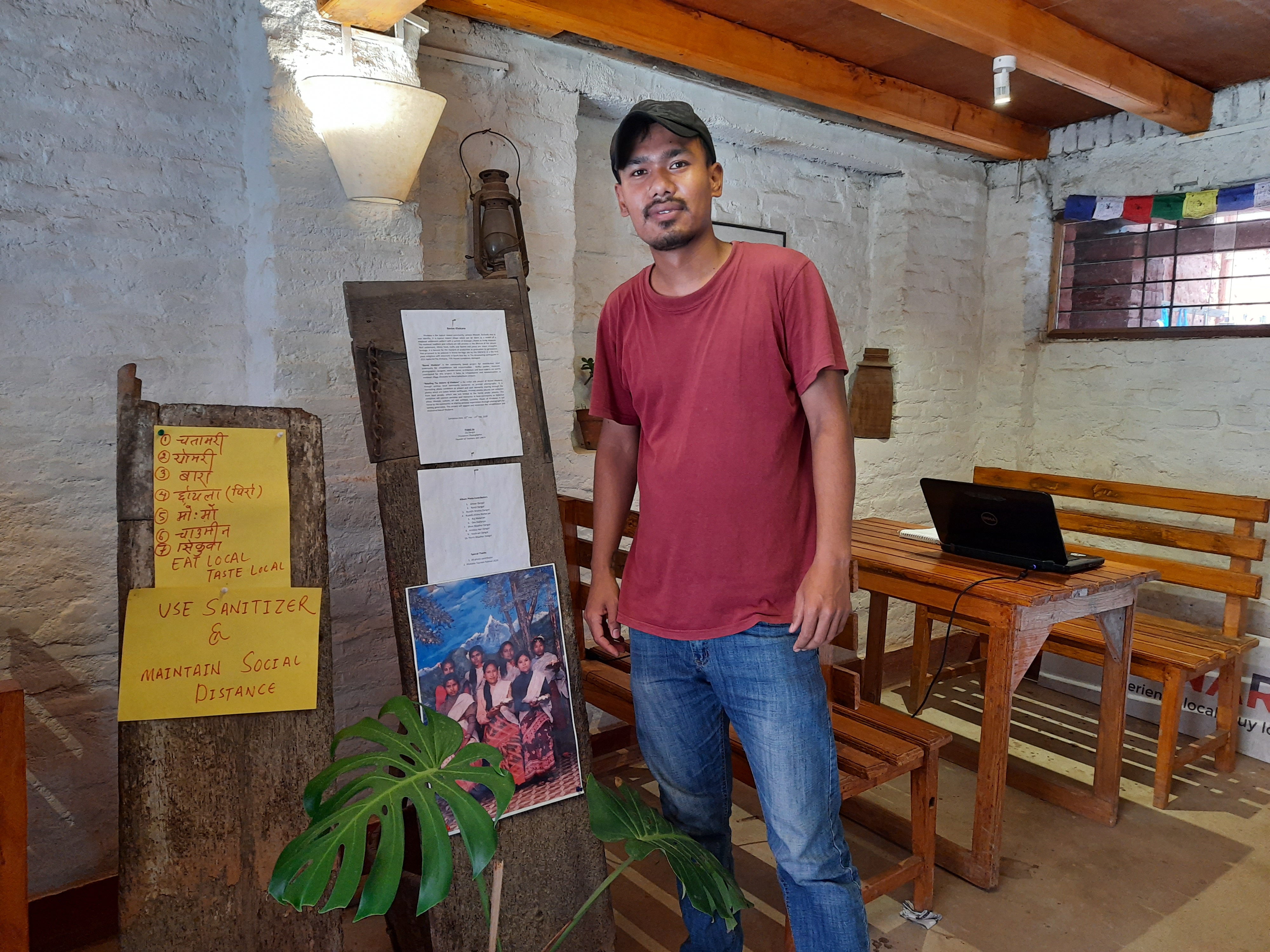