Five years back, they met in a cooking class at Jawalakhel. Both were from different places. They held similar interests and attended the same class. Gradually, they became good friends and shared the same bench. Soon they were a couple. They hold two different stories.

Binu Blone is 21. She was born in Sindhuli, raised at Bhaisipati, and started working after she graduated from high school. She worked at different places, gathering a wide range of work experience. However, she never considered the food industry. “I worked at a manpower company, surgical companies and other places. Soon, I was frustrated and not willing to work for others. For the love of creating food, I started Binu’s Laphing Center at Mikhabahal, Patan,” says Binu. The Patan based outlet will celebrate its anniversary this July. She is a proud entrepreneur, having started the business all on her own. Her partner, Sameer accompanies her at work. 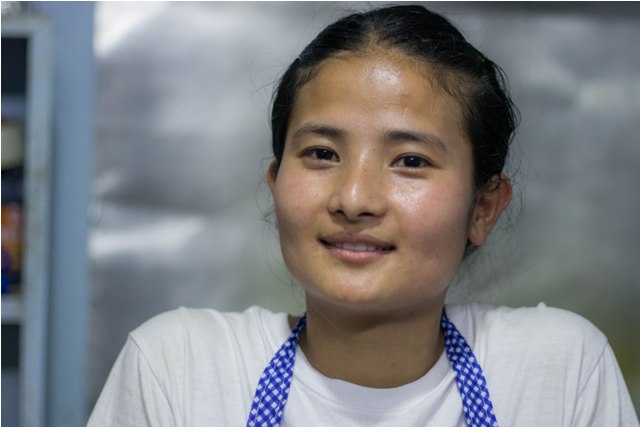 Sameer Lama is a BBS graduated from Rolwaling College. He was learning Japanese language with a pursuit to earn a Japanese Visa. But the end he did not apply. He decided to run his own food business. He discontinued six month later joining Bindu. “I joined Binu . It’s nice working with her,” said Sameer.

“While taking cooking classes, I never thought we would work together. Today, I get to support her and she in turn supports me even more. There is fun in being in a relationship and working together ,” added Sameer.

While Binu holds a dream of being a successful business woman, she  has already started a business on her own which is now also supported by her partner. 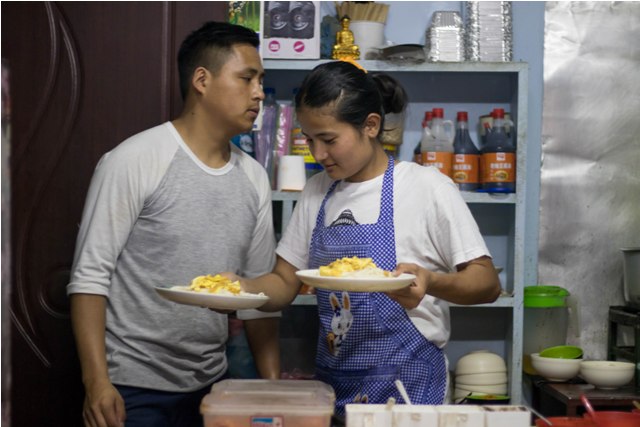