The place I live, hear the heartbeat when something goes wrong around me and cry with me
The place I live, know all my pain I have gone through and also know the darkest secret of my life which I even don’t remember by my own.

At two, Rewati felt difficulties in standing and moving around.  She also had speech problems. Everyone found it difficult to understand her. Having pointed out with names like ‘disabled’ and ‘bichara’ during her growing years, she wanted to be socially accepted. She was initially sent to a  differently able school where she studied up to grade three. Like any other child, Rewati wanted to attend a general school. She slowly got frustrated, since she knew everything that she read and wrote. A majority of schools lacked a disabled-friendly environment. So, it got tough for her admissions to such school. Time passed by, and slowly she started speaking. Finally, Rewati got to a general school.

The school days went smooth until she was refused for admissions in class nine. The school wasn’t willing to accept her. Her elder sister took her to Biratnagar. Alas!! Nothing changed. There too, schools found it tough admitting her. She studied in Biratnagar but failed her S.L.C exam. “Because of writing difficulties, my writing was difficult to understand,” she claims. Her teacher suggested her to get somebody to write the exam for her. “ I passed S.L.C in my second attempt with 80 percent. I came to Kathmandu and distributed sweets at the school where I was initially rejected,” says Rewati.

Rewati started volunteering at Sikshya Nepal where she explored more. She was motivated to speak. “ I was scared of speaking, as I pause while speaking. I was differently able among them but I was motivated day by day,” says Rewati. Friends are nicer as they belong to the new literate generation. She enrolled for high school at Padma Kanya and started coordinating program motivating people with Sikshya Nepal. She is currently pursuing BSW at Thames College. “Finding a good college was also tough. The college interview was my first interview.  They initially refused for admissions. They even questioned me if I could climb up the stairs. But it was so rhetoric because I was interviewed on the third floor. The next day they called me and informed me that I was granted a scholarship too”, says Rewati. Getting a scholarship made her happy as she added that all her life her father has spent so much money on medicine and treatment.

Rewati is currently Vice President at Sikshya Nepal and also doing an internship at Blue Diamond Society. “ Education, knowledge, and support from the people has made me confident and I want to work in the field of sharing education in my life as it teaches the equality,” says Rewati. Rewati uses the computer to write and give her an exam through writing on computers. Rewati also writes the poem and she wants to be a writer. Its been two months since has stopped wearing the mask on her face.” ‘K herya’ is the sticker in my phone to show when people stare at me for too long,” says Rewati. 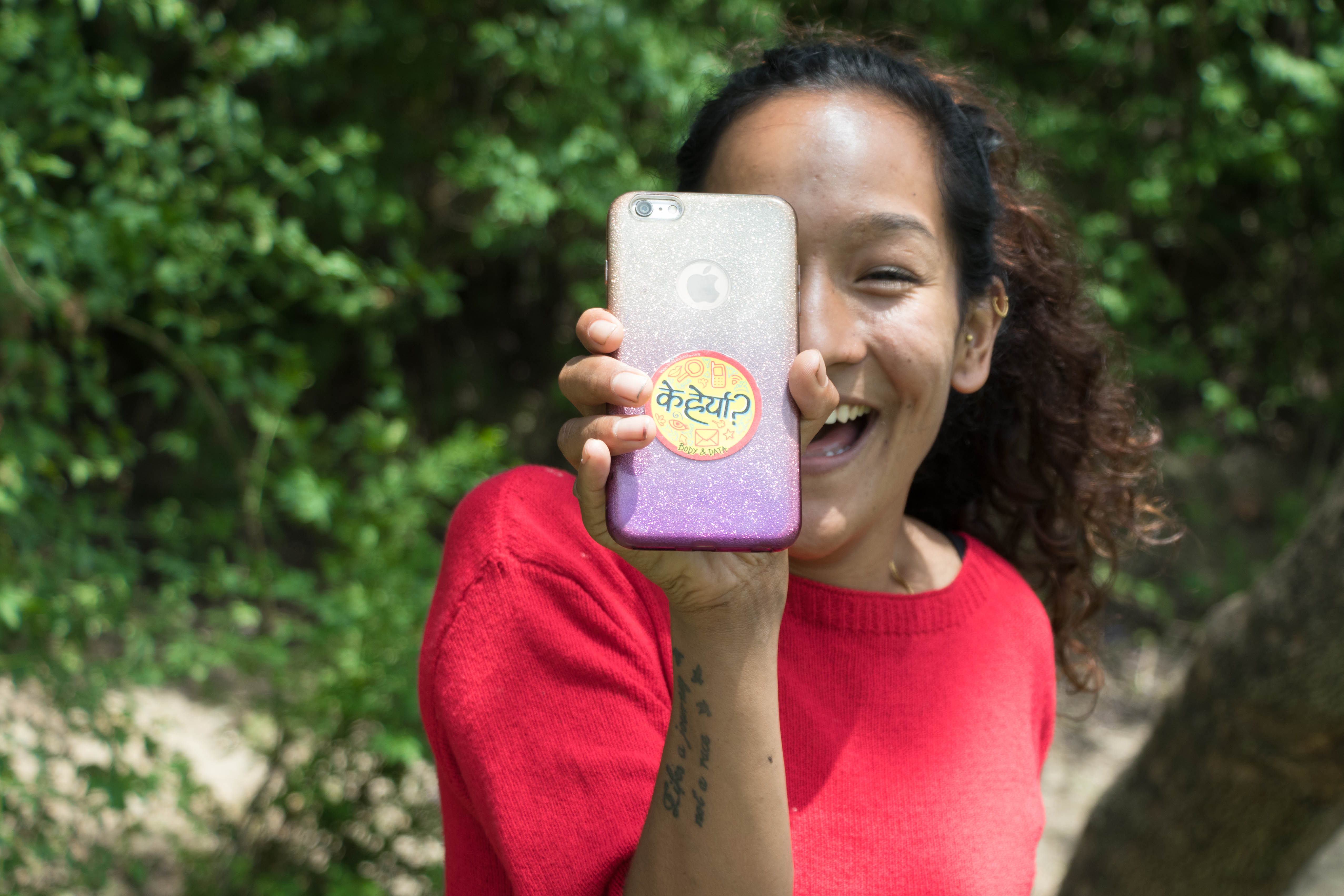 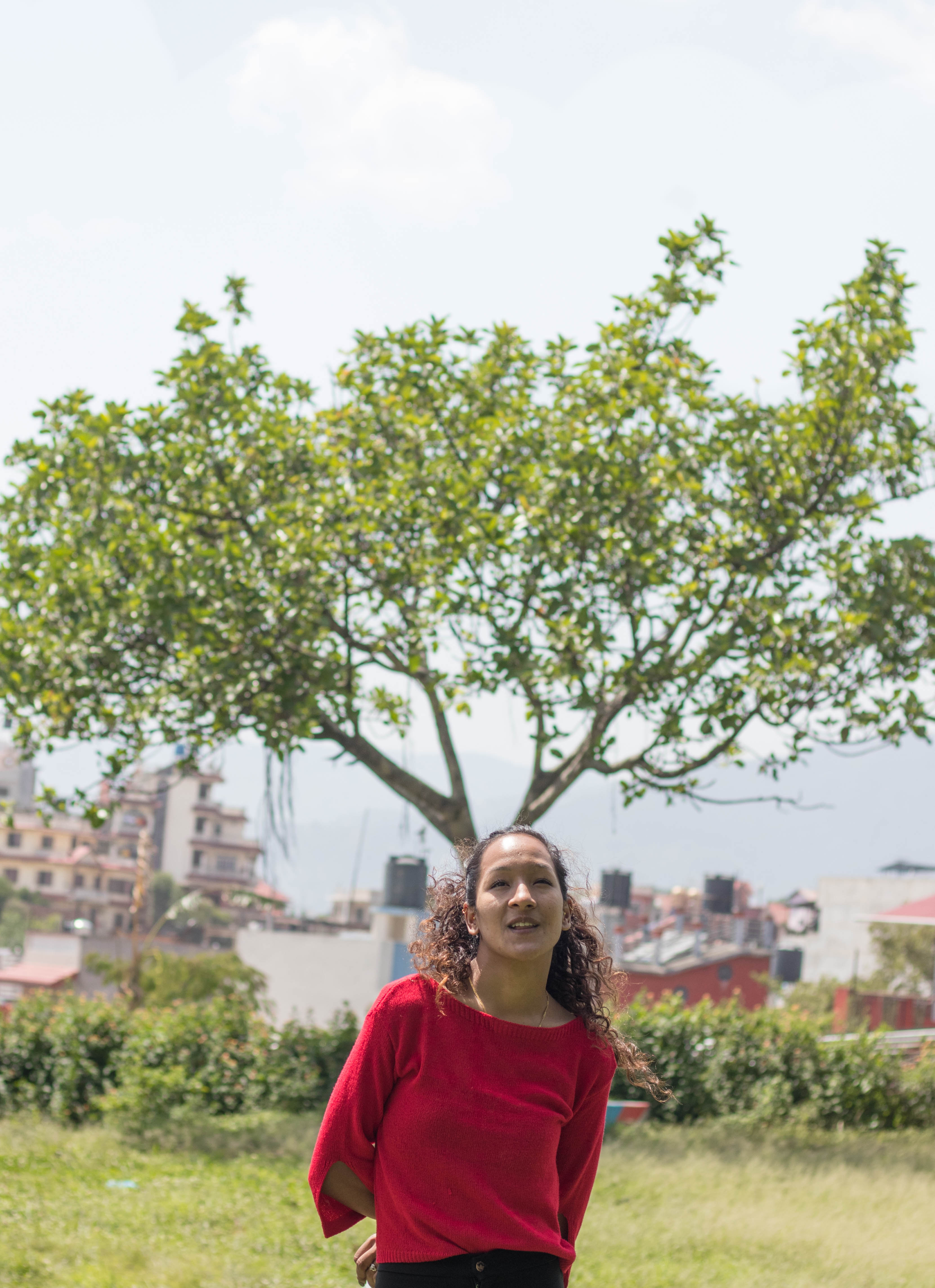 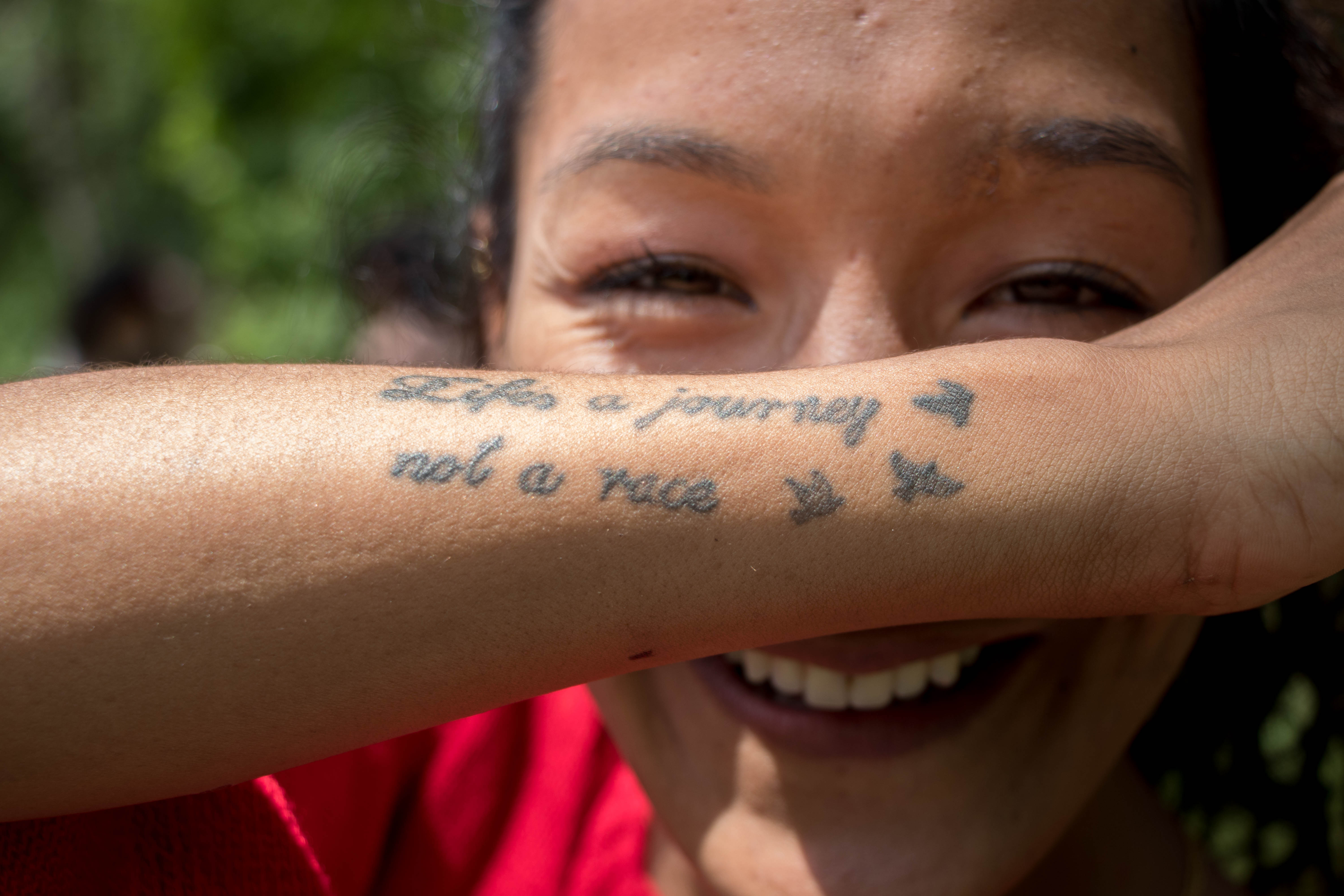