Keep children away from politics 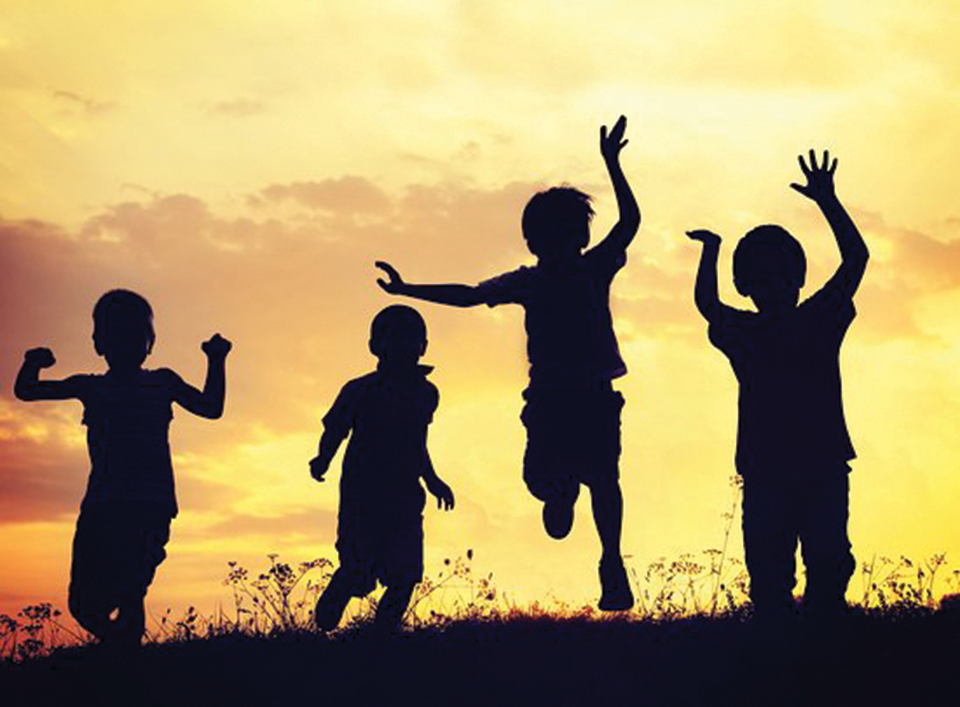 We have to let children be children and let them scale the epitome of infinite, all-encompassing, and all-embracing venues

Politics is the most powerful divider and unifier in societies of all hues.  It can not only turn people off, but also work wonders in split seconds. Nonetheless, its fallout differs from one society to other. It is largely determined by the degrees of its denizens’ inclination toward the dominant narratives of the times in corresponding countries or societies.

We tend to create our identities through our belief systems. In turn, those belief systems are largely molded by our social connections and obligations.

Believe it or not, I was a revolutionary at age nine not because of conscious choice, but because of immediate environment. The school where I learnt to read and write was one of the hotbeds of radical communist activists at the time. The village was an impenetrable communist bastion.

Very far (10 hours on foot) from the district headquarters (seat of authority), it was the safest area for the so-called revolutionaries to carry out uninterrupted indoctrination of unsuspecting farmers and their kids.

The hostility with the establishment ran so deep in the surrounding that one of the cops who had travelled all the way from district headquarters to investigate a local community altercation was ruthlessly murdered. So far as I remember, it was not an act of revenge, but it was an act of aggression. It was during the heydays of the Panchayat regime.

My political memories
I have vivid memories of being herded to student wing conventions of underground communist parties several times in what is an egregious violation of children and human rights by current standard. They would not even spare us (kids from primary classes).

It took me another two decades to realize that I (along with other kids in the school) was used as a political weapon and probably a human shield in case there was any retaliatory police action against the organizers. Their inconsiderate acts may have circumvented personal creative proclivities toward belligerence thereby altering the course of their lives forever.

By the time I reached my voting age, I had grown to espouse all the ideals of a democratic system. A popular people’s movement had overthrown the old Panchayat system in 1990. I also voted for a party that, I believed, carried all the gold standards of democratic ideals. But the very party ruled so terribly for years to come paving fertile grounds for a bloody Maoist war which even claimed my own eldest brother’s life, whose fault was teaching at the local high school in village despite numerous available opportunities at various convenient and more comfortable locations across the district.

The Maoists took his life alleging him to be an army informant, which to the best of my knowledge is merely an excuse, not a fact. We (along with other brother of mine) were advised not to leave Kathmandu and skip his funeral back in the village.

Such were the extremities wreaked by Maoists on the lives of thousands of families. I do not condone unjustified action of security forces who may have slaughtered innocent people or Maoist sympathizers. But I know what it is like to miss a dear sibling’s funeral. For that Prachanda and Laldhwoj, the masterminds behind the destructive civil war, cannot be forgiven. Their sins far outnumber their service (if any, at all) to the nation.

Spare the children
Needless to say, children who are immune to overt politics are more prone to creativity and innovation. Therefore, it is imperative that no child is exposed to any form of violence and violent behavior.  Any type of violence, violent thoughts and languages leave a lasting impact on a child’s perception of life. This is why raising children in environments aloof from politics is crucial.

The relatively apolitical societies seem to have raised children who have eventually become better citizens and contributed to innovations. Barring some exception, they have ameliorated human sufferings. But communities obsessed with politics have only produced erroneous leaders who have given rise to unwarranted conflicts and innumerable catastrophes.

I find this very troubling that the so-called rebels in the world have long adopted this trick of thought engineering toward attaining a petty political goal by enlisting local people and children from local schools mostly in far-flung villages of Nepal.

Poverty breeds perversion. The leaders who rise from the very class of poor people hate poverty as they are haunted by their deprived past. Therefore, they cherish to be surrounded by the aristocrats and Nouveau riche who are mostly the political chameleons and opportunists. Moreover, they do not seem to be inclined toward addressing the public concern. Their behavior exemplifies the message of Gorge Orwell’s Animal Farm: “All animals are equal, but some animals are more equal than others.”

With an opposition party that is diminished and demoralized beyond repair (at least for some election cycles to say the least), the current Nepal government with command of two thirds majority and comprised of believers of dialectical materialism is an aberration with regard to carrying out its basic duties.

Some months back, the prime minister of Nepal was reported issuing a diktat to his party cadres to attack the critics of the government ‘like a swarm of hornets’. This comes from an old communist playbook: Turn them into your parrots, ‘blind followers’ and relegate them to a bunch of dunces without their own voices. This only emboldens the leaders and enhances the tyranny of the few. Everybody knows tyrants do not serve the public good.

Because politics is the driving force for all the systems, it can throw everything into total disarray depending on the integrity or depravity of the characters involved. It is a tragedy that Nepal has a sufficient number of leaders who love breaking people’s legs first and promise to lend them crutches.

The children deserve not to be impoverished physically and impaired psychologically. Inculcating children with certain vested political creeds and slogans only erodes their creative mindsets and constructive participation. We have to let children be children and let them scale the epitome of infinite, all-encompassing, and all-embracing venues.

The author loves to write on love, politics and nature

MCC compact agreement cannot be amended only for Nepal: FM Khadka
16 minutes ago

Mother and son killed in accident
20 minutes ago