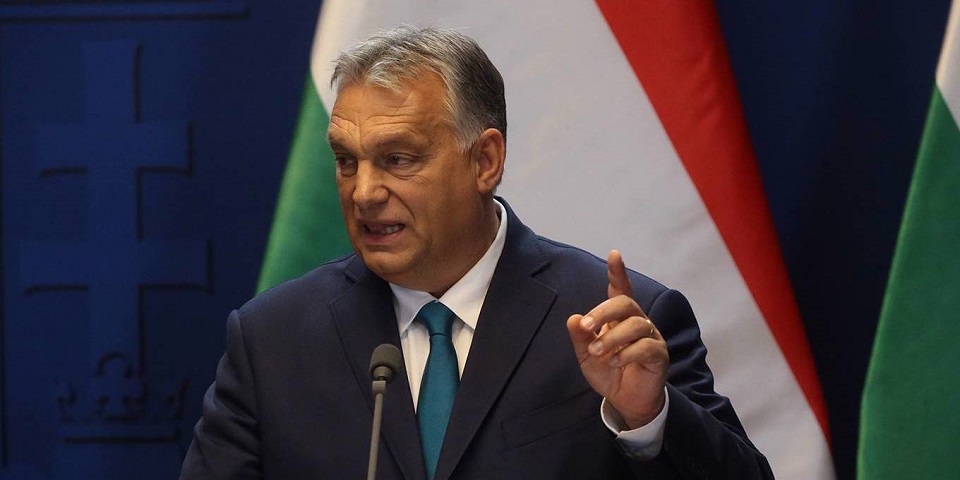 Global media are so consumed by the public-health and economic consequences of COVID-19 that they have failed to pay adequate attention to growing political and institutional risks. In fact, if we are not careful, the biggest casualty of COVID-19 could be democracy.

BRUSSELS – The economic consequences of the COVID-19 crisis occupy almost everyone’s thoughts and conversations. And for good reason: the European Union, for one, is headed toward the worst recession in its history, with the economy expected to shrink by 7-12% this year. But far less is being said about the danger the pandemic poses to democracy, even though the signals are similarly ominous.

The EU acted fast to mitigate the economic impact of the pandemic. The European Central Bank launched exceptional monetary measures, and the EU introduced a recovery and reconstruction package amounting to €1-1.5 trillion ($1.1-1.6 trillion). Differences over how to finance an EU rescue package remain, but the primary objective is straightforward: to achieve a rapid V-shaped recovery, though a slower U-shaped recovery remains a distinct possibility.

Beyond a straightforward economic recovery, however, is the widely shared ambition of building a greener, more digitized European economy. Virtually everyone agrees that the COVID-19 crisis represents an important opportunity to accelerate such a transformation, though the jury is still out on whether the EU will seize it.

The outcome will depend partly on the pandemic’s impact on Europe’s political institutions. And, so far, there are serious reasons to worry. From an institutional perspective, the biggest threat comes from Germany’s Federal Constitutional Court, which recently ruled that the German government had violated the country’s Basic Law by failing to monitor adequately the ECB’s public-sector asset purchases. This ruling is not only remarkably detached from reality – saving the European economy must be the top priority today – but also reflects open contempt for the EU Treaties.

Juridical responsibility for the ECB – including oversight over whether it is overstepping its mandate belongs to the Court of Justice of the EU, which deemed the ECB’s asset purchases legal in 2018. Yet the German court, using utterly torturous logic, claims that it is not bound by that ruling – all in an effort to impose German economic prejudices on the rest of the EU.

Far more worrying, however, are populist efforts to use the crisis to undermine democracy. Hungarian Prime Minister Viktor Orbán is a case in point. Having spent the last decade attacking the free press, NGOs, and political opponents, Orbán has used the COVID-19 crisis as pretext to push through legislation that enables him to rule by decree indefinitely. This is Europe’s first such dictatorial démarche since Adolf Hitler’s Enabling Act of 1933.

In Russia, the assaults on democratic institutions are even cruder. Three doctors treating COVID-19 patients have mysteriously fallen out of windows in recent weeks, after questioning or criticizing the country’s handling of the crisis. One cannot help but recall the fate of Jan Masaryk, the Czechoslovak foreign minister who was found dead below his apartment window in March 1948, two weeks after the Communist takeover.

This trend is hardly limited to Europe. The world’s largest democracies – the United States, Brazil, and India – are also in growing peril.

US President Donald Trump has managed to politicize the pandemic. He has refused to help governors –especially Democrats – secure needed equipment, and even attempted to intercept equipment that had been ordered privately. Moreover, he has been stoking resistance to stay-at home orders in states, such as Michigan and Minnesota, under Democratic control.

Brazilian President Jair Bolsonaro has been following the same playbook, albeit in a more openly thuggish and oligarchic way. And, beyond implementing a poorly thought-out lockdown that left millions of Indians jobless and hungry overnight, Indian Prime Minister Narendra Modi’s government has been using the virus to advance its anti-Muslim agenda.

Shockingly, these assaults on democracy have so far received little international attention. The global media are so consumed by the public-health and economic consequences of COVID-19 that they apparently have little space for the political implications. This is particularly true when it comes to coverage of contact-tracing apps – possibly the biggest threat to democracy of all.

By informing users of possible exposure to COVID-19, contact-tracing apps are supposed to be the key to enabling economies to reopen while minimizing the risks to public health. Yet even the most “secure” versions – which use Bluetooth, encrypt data, and promise anonymity – raise serious questions.

Who guarantees the security of the data against hackers? If I want to delete the app, will all my data be erased? How soon? What ensures that governments won’t make the apps mandatory? If they do make the app mandatory during the pandemic, what stops them from keeping it that way? These questions go to the heart of our constitutional rights and freedoms.

Mass adoption of contact-tracing apps is a slippery slope. Before long, Europeans, Americans, or others could find themselves living more like the Chinese, with every move monitored, every violation – even of unwritten rules – punished, and a “personal rating” dictating one’s access to travel and public services.

This may seem farfetched, but one need only consider the latest developments in Hungary or Poland to see just how vulnerable democratic institutions can be. If we are not careful, the biggest casualty of COVID-19 could be democracy.

Guy Verhofstadt, a former Belgian prime minister, is President of the Alliance of Liberals and Democrats for Europe Group (ALDE) in the European Parliament.
Copyright: Project Syndicate, 2020.
www.project-syndicate.org

NEW YORK – The United States finds itself confronting several daunting challenges simultaneously. There is the COVID-19 pandemic, which has... Read More...