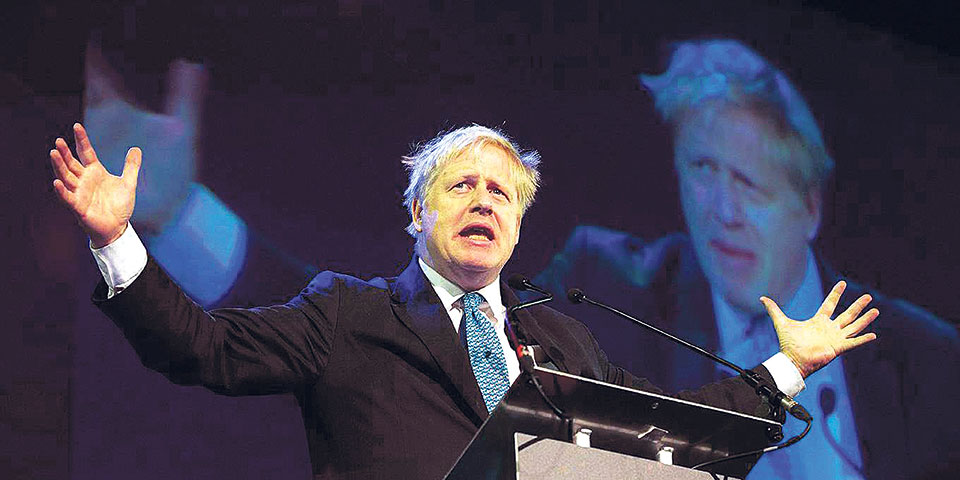 Though Boris Johnson will most likely soon find himself in a position where he must make good on his promises, he continues to spread untruths

BRUSSELS – Three years after the United Kingdom’s Brexit referendum, the UK is no closer to figuring out how to leave the European Union, and what comes next, than it was when the result was announced. And now a Conservative Party leadership election to replace outgoing Prime Minister Theresa May is in full swing. To those of us watching from the outside, the debate between the candidates confirms that they have learned nothing whatsoever from the past two years of negotiations with the EU.

Sadly, this comes as no surprise, given that the lead candidate is Boris Johnson, the Leave campaign’s most prominent architect and a man who continues to dissemble, exaggerate, and disinform the public about Brexit. In 2016, Johnson and his fellow Brexiteers duped a narrow majority of UK voters into thinking that leaving the EU would somehow furnish the British National Health Service with an additional £350 million ($445 million) per week. He also drummed up fears that Britain’s EU membership would somehow lead to mass immigration from Turkey (which happens to be the homeland of his paternal grandfather, Ali Kemal).

Though Johnson will most likely soon find himself in a position where he must make good on his promises, he continues to spread untruths. Chief among them is the myth that Britain can tear up the withdrawal agreement that May negotiated with the EU, withhold its financial commitments to the bloc, and simultaneously start negotiating free-trade deals. To Johnson’s followers, however, he is more prophet than politician: only he can deliver a mythical “true Brexit” that will deliver the prosperity promised during the referendum campaign.

As is often the case with populists, reality does not square with Johnson’s ensorceling combination of false promises, pseudo-patriotism, and foreigner bashing. He and his fellow Brexiteers speak of a “Global Britain” that will trade freely with the rest of the world, even as they drag their country down a path strewn with uprooted trade ties and substantial new barriers to commerce.

The real global trading power, of course, is the EU, which has recently concluded trade deals with Japan, South Korea, and Canada. As an EU member state, the UK automatically benefits from the 40 trade agreements the bloc has in place with more than 70 countries. If the UK opts for a “hard” Brexit and leaves without a deal, as Johnson has indicated he is willing to do, it would immediately lose preferential access to markets that account for around 11 percent of its total trade. (Though May’s government has signed continuity deals with some countries, they do not cover nearly as much trade as the UK’s existing arrangement within the EU.)

Moreover, the EU is finalizing negotiations for a new free-trade agreement with the Mercosur bloc—Argentina, Brazil, Paraguay, and Uruguay—as part of a broader Association Agreement between the two regions. That will cement the EU’s position as the global leader of open trade. Though European companies already export a great deal to Mercosur—€42 billion in goods in 2016; €22 billion in services in 2015—tariff barriers are currently high. European exporters face levies of 35 percent on cars, 20-35 percent on machinery and related components, and 14 percent on pharmaceuticals.

The proposed trade deal doesn’t lack opponents, including some non-governmental organizations and EU member states with substantial beef industries. EU negotiators will have to strike a careful balance to protect the rights of all Europeans across economic sectors. They will also need to address deteriorating human-rights and environmental conditions in Brazil, and push for provisions to encourage companies to act responsibly, uphold food-safety standards, and police against imitations of European food and drink products.

All told, an EU-Mercosur trade agreement—which would be one of the largest trade deals in the world, comprising 750 million people—represents a win-win, creating opportunities for growth and jobs on both sides. At a time when the US and China are locked in a trade and technology war with no end in sight, the EU and the Mercosur countries have a chance to lead the world in a more promising direction.

Indeed, there is a strong strategic case for finalizing the agreement. As Martin Sandbu of the Financial Times recently argued, “The EU does not have many military divisions … but it has something nearly as awesome. Authority over the world’s largest market.” The EU must use its collective purchasing power to raise standards globally, particularly with respect to environmental protection.

A successful conclusion to the EU-Mercosur talks would send a message to the rest of the world about the value and importance of open trade. With Johnson likely taking power in late July, Europe will have offered still more proof that Brexit is not only unnecessary but also detrimental to Britain’s economic interests. The “buccaneering” Brexiteers might then finally have to explain what it is they’re still complaining about.

Guy Verhofstadt, a former Belgian prime minister, is President of the Alliance of Liberals and Democrats for Europe Group (ALDE) in the European Parliament
© 2019, Project Syndicate
www.project-syndicate.org

Differences between the couple after engagement
58 minutes ago