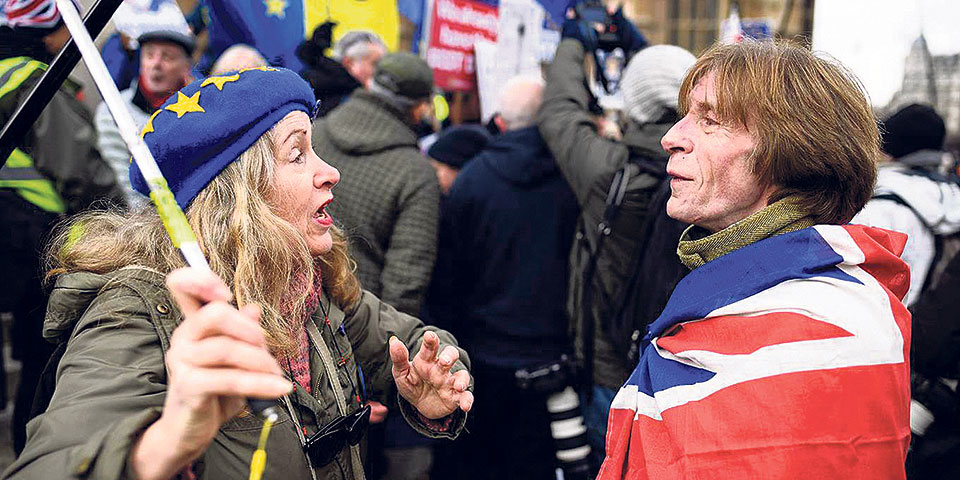 BRUSSELS, Dec 13:  London and Brussels face a make-or-break decision on an elusive trade agreement on Sunday, after a week of tension and deadlock that left a tumultuous ‘no deal’ exit for Britain from the European Union’s orbit on Dec. 31 looking more likely than not.

Negotiators have until the evening to resolve an impasse on arrangements that would guarantee Britain zero-tariff and zero-quota access to the EU’s single market, though talks could carry on if they miss the deadline.

British Prime Minister Boris Johnson and the president of the EU’s executive Commission, Ursula von der Leyen, both said on Friday that a ‘no-deal’ was now the most likely outcome.

Negotiators met in Brussels on Saturday, and a British government source said they would press on through the night. But the talks were very difficult and “as things stand, the offer on the table from the EU remains unacceptable”.

“The prime minister will leave no stone unturned in this process, but he is absolutely clear: any agreement must be fair and respect the fundamental position that the UK will be a sovereign nation in three weeks’ time,” the source said.

Johnson and von der Leyen are expected to be in touch on Sunday, probably late in the day, to decide whether to abandon the negotiations or keep trying for an eleventh-hour deal.

Britain quit the EU in January but remains an informal member until Dec. 31 - the end of a transition period during which it has remained in the EU single market and customs union.

The two sides have struggled to agree on fishing rights in British waters and EU demands that Britain face consequences if in the future it diverges from the bloc’s rules for fair competition.

A Brexit without a trade deal would damage the economies of Europe, send shockwaves through financial markets, snarl borders and sow chaos through the delicate supply chains across Europe and beyond.

The British government has warned that even with a trade deal, 7,000 trucks heading for Channel ports in south-east England could be held in 100-km (62-mile) queues if companies do not prepare the extra paperwork required.

The BBC reported on Saturday that Britain will fast-track the movement of some perishable goods when its transition period ends to help reduce the expected disruption at ports.

The Ministry of Defence said four Royal Navy patrol ships will be ready on Jan. 1 to help protect Britain’s fishing waters in the event of no deal.

There are concerns about possible skirmishes between British and foreign fishing vessels under that scenario because existing rules that give EU boats access to British waters will expire.

France on Saturday shrugged off the naval deployment plans.

“Keep calm and carry on,” an official at the French presidential office said, using a British wartime slogan.