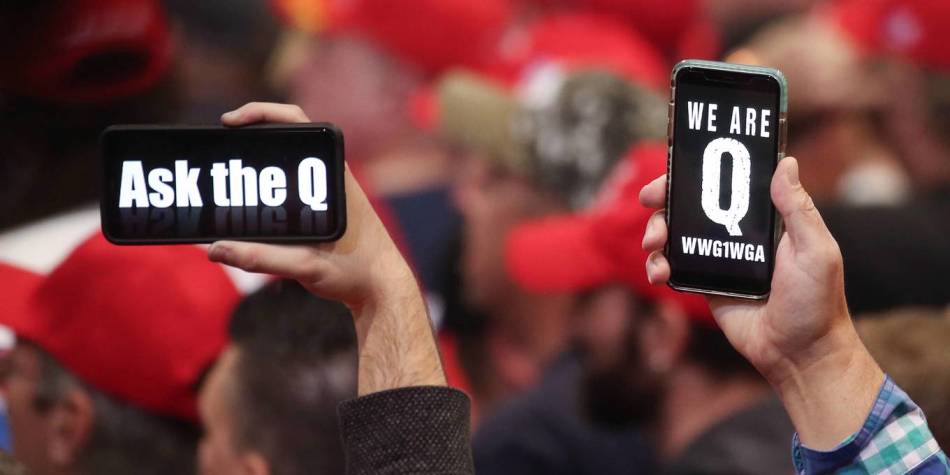 In a decade punctuated by the global financial crisis, the COVID-19 crisis, a racial-justice crisis, an inequality crisis, and now a political crisis, we have only paid lip service to lofty democratic ideals.

NEW HAVEN – Plenty has been said, and rightfully so, about the violent insurrection at the US Capitol on January 6. Politicians are grappling with issues of legal and moral accountability. But the horrific events also touch on a critical contradiction of modern societies: the internet’s role as an instrument of democracy’s destruction.

It was not supposed to be this way. The internet’s open architecture has long been extolled by cyber-libertarian futurists as a powerful new democratizing force. Information is free and available instantaneously—and anyone can now vote with a mere click.

The rapid expansion of the public square is offered as exhibit A. Internet penetration went from one percent to 87 percent of the US population from 1990 to 2018, far outstripping the surge in the world as a whole from zero to 51 percent over the same period. The United States, the world’s oldest democracy, led the charge in embracing new technologies of empowerment.

The problem, of course, lies in internet governance—namely, the absence of rules. Even as we extol the virtues of the digital world, to say nothing of the acceleration of digitization during the COVID-19 pandemic, the dark side has become impossible to ignore. The Western model of open-ended connectivity has given rise to platforms for trade in illicit drugs, pornography, and pedophilia. It has also fueled political extremism, social polarization, and now attempted insurrection. The virtues of cyber-libertarianism have become inseparable from its vices.

The Chinese model provides a stark contrast. Its censorship-intensive approach to internet governance is anathema to free societies. The state (or the Communist Party) not only restricts public discourse but favors surveillance over privacy. For China, governance is all about social, economic, and, ultimately, political stability. As a self-proclaimed bastion of democracy, America obviously doesn’t see it that way. Censorship of any sort is viewed with abject scorn.

Yet scorn is a good way—to put it mildly—to describe most Americans’ reaction to the deadly assault on the US Capitol. Internet-enabled social and political mobilization—first evident in Iran’s 2009 Green Movement and then in the Arab Spring of 2011—has now struck at the heart of America.

Obviously, there is a major difference: Protesting citizens in authoritarian Iran and Arab countries were on the outside looking in, yearning for democracy. In the US, the attack on the citadel of democracy came from within, sparked by the president himself. This raises important questions about America’s own stability imperatives—and the failures of internet governance in revealing them.

US digital platforms—from Twitter and Facebook to Apple and Google—have taken matters into their own hands. Breaching a once sacrosanct line, they have closed down the insurrectionist-in-chief, Donald Trump. Yet this one-off reaction is hardly a substitute for governance. Understandably, there are great misgivings about entrusting corporate leaders with the fundamental task of protecting democracy.

But that is not the only line that has been crossed in the US. As Shoshanna Zuboff shows in The Age of Surveillance Capitalism, the business models of Google, Amazon, and Facebook are based on the use of digital technology to gather and monetize personal data. This blurs the distinction between cyber-libertarianism and Chinese-style surveillance, and it highlights the essence of the privacy issue—proprietary ownership of personal data.

The COVID-19 crisis offers yet another perspective on surveillance and privacy. Here, too, China and the US bookend the debate. China’s response to the first sign of outbreaks—including the current one in Hebei province—stresses aggressive lockdowns, mandatory testing and masking, and QR-code app-based contact tracing. In the US, these are all matters of contentious political debate, viewed by many as unacceptable transgressions in a free and open society.

At one level, China’s results speak for themselves. There have been only minor outbreaks following the initial surge in Wuhan. Unfortunately, America’s second wave—far worse than the initial carnage in the spring of 2020—also speaks for itself.

Yet, as a recent Pew Research survey indicates, fully 40-50 percent of the American public still resist the discipline of science-based practices such as mobile contact tracing and engagement with public health officials. Couple that with significant opposition to vaccines and there is reason to believe that core tenets of democratic freedom are being twisted into an excuse to ignore the perils of COVID-19.

Whether or not we want to admit it, the aspirations and values of the so-called originalist interpretation of American democracy are being challenged as never before. The insurrection of January 6 and the pandemic share one critical implication: the potential breakdown of order in a free society. It’s not that China has it right. It’s that we may have it wrong. Unfortunately, today’s hyper-polarization makes it exceedingly difficult to find a middle ground.

Barack Obama cautioned in his final speech as president that, “Our democracy is threatened whenever we take it for granted.” Yet isn’t that exactly what America has been doing? In a decade punctuated by the global financial crisis, the COVID-19 crisis, a racial-justice crisis, an inequality crisis, and now a political crisis, we have only paid lip service to lofty democratic ideals.

Sadly, this complacency has come at a time of growing fragility for the American experiment. Internet-enabled connectivity is dangerously amplifying an increasingly polarized national discourse in an era of mounting social and political instability. The resulting vulnerability was brought into painfully sharp focus on January 6. The stewardship of democracy is at grave risk.

‘RSP should not join the govt’
54 minutes ago