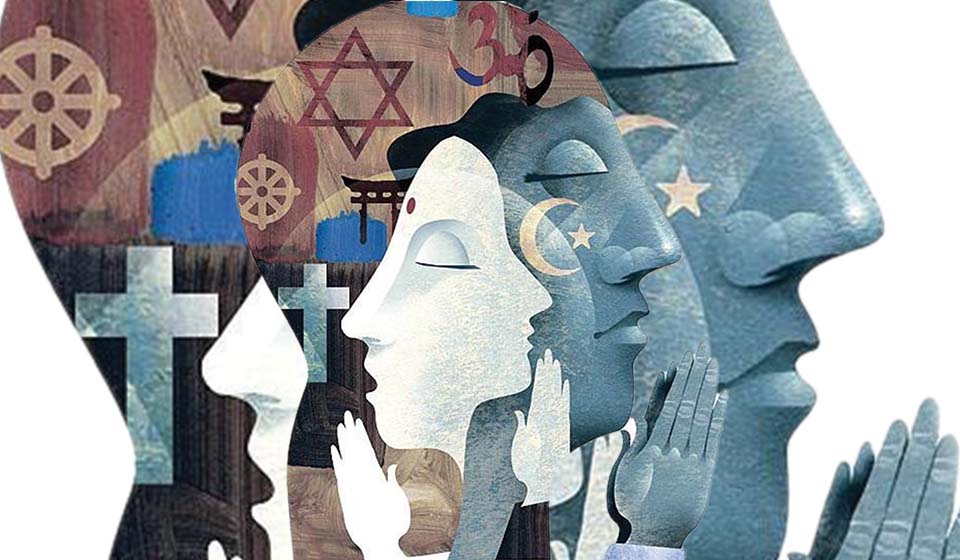 Anyone can practice their faith but to push or impose your faith and beliefs on others especially those who are unable to defend themselves is a blow under the belt. Local and indigenous traditions need to be preserved, protected and all people empowered to practice their faiths, religious customs and beliefs without shame or guilt. People should also be empowered to bring about any change that is required in their faith, but that is not the intention of missionaries. Their aim is to only highlight the harmful traditional practices in the community, and hide the evil traditions of the church.

The debate around why the terms “social, traditional and ethnic” genocide was removed and replaced with generic term “genocide” in the international conventions can be debated but cultural genocide is understood to be the systematic destruction of traditions, values, language, and other elements that make one group of people distinct from another.

The emphasis on merely the “physical destruction” to describe genocide limits the ability of indigenous communities all over the world, facing the onslaught of missionaries’ intent on soul harvesting at all costs, “to enjoy and practice their cultures and customs, their religions, and their languages….” as guaranteed in the UN Declaration on the rights of indigenous people.

As the atrocities committed by the church, in collaboration with the state, against indigenous communities all over the world are becoming common knowledge as seen in Australia, Ireland and the recent research findings in the US and Canada (children forcibly removed from their families, forced assimilation, dehumanization, anonymization,  destruction of identity, indoctrinated and put into institutions, forced sterilizations and rape of indigenous children and women) it is evident that they have committed crimes against humanity and “genocide” based on these just these two definitions of genocide as mentioned in the UN Convention and the Rome Statute; a) Imposing measures intended to prevent births within the group and b) Forcibly transferring children of the group to another group. The focus needs to be on truth and justice before reconciliation.

Apart from the rape of thousands of children globally by the clergy (then knowingly hushed by the church), the various “inquisitions” by which ancient traditions, beliefs and customs were destroyed, there is ample proof of cultural genocide by the church but wonder if it will ever be charged of this crime? In the various cases perpetuated against indigenous communities by the church and state, there could be debates around the physical elements of genocide but there is no doubt on the “mental” element of genocide: the "intent to destroy, in whole or in part, a national, ethnical, racial or religious group, as such".

After the EQ in Nepal, the nation had to face the wrath of the “religious shock doctrine” whereby missionaries flooded the nation to buy converts and harvest souls violating the humanitarian principles of “non-posterization”. At a time of shock when religious and social beliefs are at their weakest, survivors become easy prey. Using financial bait, humiliating, and demonizing local gods and traditions, survivors who are mostly poor, uneducated, and vulnerable become easy targets.

The dhamma/kirat paths are not prescriptive but encourage followers to become seekers – like any belief, they have their rituals, traditions, and customs, some good and some that have outlived their utility but look beyond the rituals and one finds that they encourage all to become seekers of truth. Nature and ancestor worship, seeing God in everything including animals, meditation and spiritual discourses, colorful rituals, prayers and eclectic traditions, a role for shamans and gurus, are all wonderful “positive traditional practices” that not only tolerate but promote diversity and need to be preserved for the generations to come.

Anyone can practice their faith but to push or impose your faith and beliefs on others especially those who are unable to defend themselves is a blow under the belt. Local and indigenous traditions need to be preserved, protected and all people empowered to practice their faiths, religious customs and beliefs without shame or guilt. People should also be empowered to bring about any change that is required in their faith, but that is not the intention of missionaries. Their aim is to only highlight harmful traditional practices in the community meanwhile hide the evil traditions of the church, which are plenty, from rape, violence, women/gay right violations, and genocide to name a few, win converts and destroy local customs and traditions. This contrasts with the dhamma/kirat traditions where religious equality, tolerance, diversity and non-conversion are practiced.

The intolerance practiced by the missionaries whereby they do not want diversity but only one belief and religion i.e. “theirs” is evident and their modus operandi is to create doubt, highlight divisions, initiate debate where none is required, constantly target, and attack local beliefs and when challenged, play the “victim card”. They need to be educated about the fact that over 2300 years ago a rock inscription by King Ashoka states “one should not honor only one’s own religion and condemn others but give importance to the “essence” of all religions.”

Europe is “Christian secular” – they follow the Gregorian calendar, official holidays are solely based on Christianity, the ban on minarets and burkhas, taxpayers’ money is given to faith-based organizations, (mostly Christians with a proselytizing agenda) for aid programming, important government functions, including royal weddings, paid by the taxpayers are held in the church, court and swearing-in ceremonies are held by holding the bible – the list goes on. While in the European context it was important to ensure separation of the church and the state due to the influence that the church has had over the state for centuries, however, this has never been the case in our part of the world.

“Religion is only religion when it unites not when it divides”. There should be no conversion from one organized religion to another but “conversion from misery to happiness; from poverty to prosperity, from bondage to liberation; from cruelty to compassion”.

Based on the public input and feedback on the hastily organized public consultation on the constitution, the preservation of our cultural and religious heritage was identified as an important issue for the public. The feedback was not taken into consideration but now Nepal needs to develop its own version of Hindu/Kirat secularism to preserve its social, cultural and religious identity.

PHNOM PENH, Cambodia, Nov 16 : The last surviving leaders of the Khmer Rouge that brutally ruled Cambodia in the... Read More...