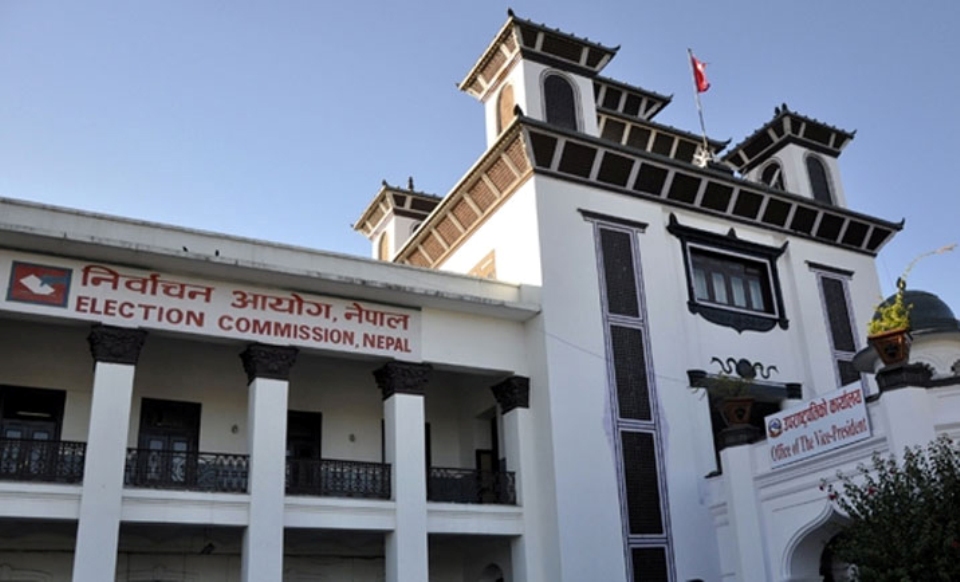 KATHMANDU, Sept. 2: The Election Commission of Nepal (ECN) has urged all the political parties to register their parties at the ECN if they wish to contest the by-elections scheduled for November 30 this year.

Spokesperson at the ECN Shankar Prasad Kharel said that the commission has set September 17 as the deadline for registration.

Those political parties contesting in the elections for House of Representatives, Provincial Assembly and local level in 2017, however, should not register.

But those political parties coming into existence since the last elections need to compulsorily register themselves with ECN.

According to the existing laws, no party is recognized as a political party until it is registered in the ECN. ECN is holding by-election for 51 posts lying vacant- l42 for the ward chairs, one for House of Representatives, three for National Assembly, mayor post for one municipality, 3 for chairman of rural municipality post and one for deputy chair in the rural municipality.

The political parties should furnish details on their statute, regulations, manifesto, electoral symbol, central committee's decision for the registration, auditing report and details on the date of the party's latest general convention, names of persons on the party's executive committee and number of party's general members, among others in the application submitted for registration.

According to Kharel, there were altogether 132 political parties registered in the Commission so far. The ECN, Kharel informed, was moving towards giving a final touch to the voters' list.