Around 2 million marigold garlands to be sold in the upcoming Tihar, 15 percent to be imported from India 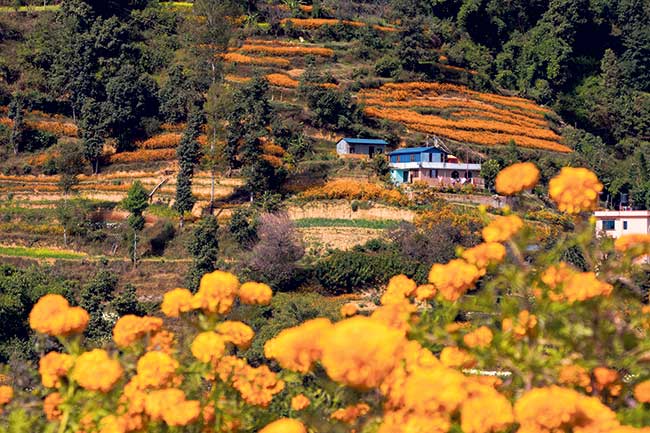 KATHMANDU, Oct 11: An estimated two million units of marigold garlands will be used in the upcoming Tihar, the festival of light. The festival will start from October 22.

According to Floriculture Association Nepal (FAN), the projected demand is 10 percent more than the amount of the last year. Of the total consumption, Nepal will have to import 300,000 garlands from India to meet the domestic demand during the festival.

KATHMANDU, Nov 7: An excess import of flowers has led to large quantities of domestically produced flowers going to waste  during... Read More...

Laxmi Puja being observed throughout the country today

KATHMANDU, Nov 7: On the third day of the Yamapanchak, Laxmi, the Goddess of wealth, is being worshipped with jubilation... Read More...

KATHMANDU, Nov 1: The 12th Godavari Flower Expo 2018 kicked off at the Jawalakhel Football Ground in Lalitpur from Thursday. ... Read More...