Souls of My City: A life full of struggles

“It was 2039 BS. I was working for Nepal Police. I had to travel with my colleagues to Pachimnala. The trip was for official purposes. Our final destination was the Nepal-China border.  A fight broke out with the locals of Sangekhola. We were bathing at the upper part of the river. Since the other people were just below us, some red mud floated towards them. This led to the fight. That night I slept at the guard’s room. After that, I felt unwell. Later, I found out that I had typhoid. The sickness escalated and created problems in my hip joints. Despite my health issues I worked as a tailor. I was serving as a Sipahi then,” said Padam Bahadur Thapa Magar, 64. Padam left his job at the age of 36 and fetched pensions. “Post-retirement I started a hotel but that did not go well.  Then I continued working as a tailor. I again fell ill. It has been almost three years that I have been living in small room in Tripureshwar by the Bagmati river,” Padam says. The room is clean and well maintained. Padam never married because he didn’t like the disputes between married couples. He gets his pension every month. At 2 PM, He has his only meal for the entire day. “I was born healthy. Later I had problems with my joints. I had to quit my job early citing health issues. I went through a lot back then. Today I am satisfied with what I have,” said Padam. 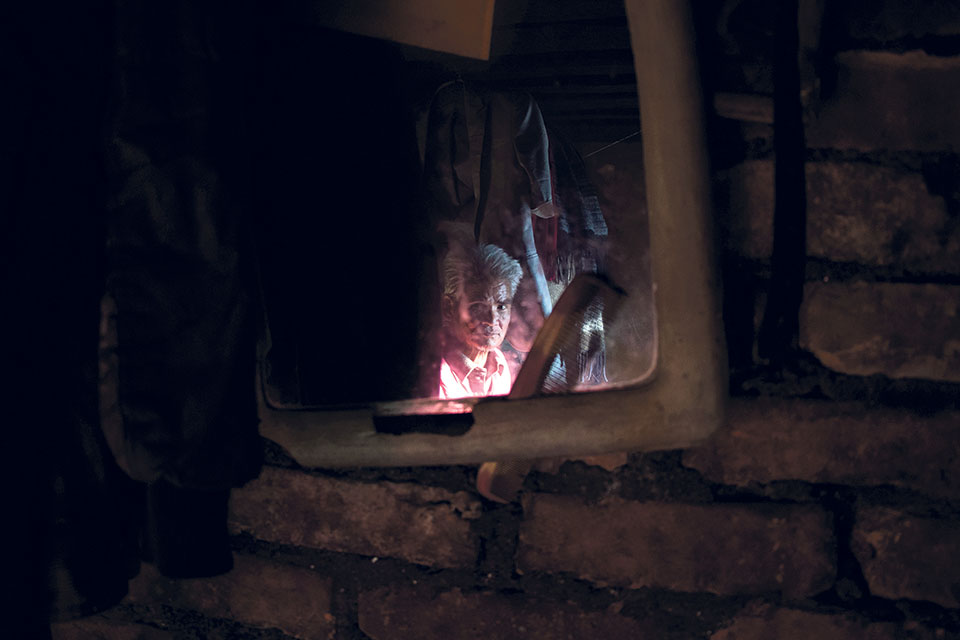