The pain of going around 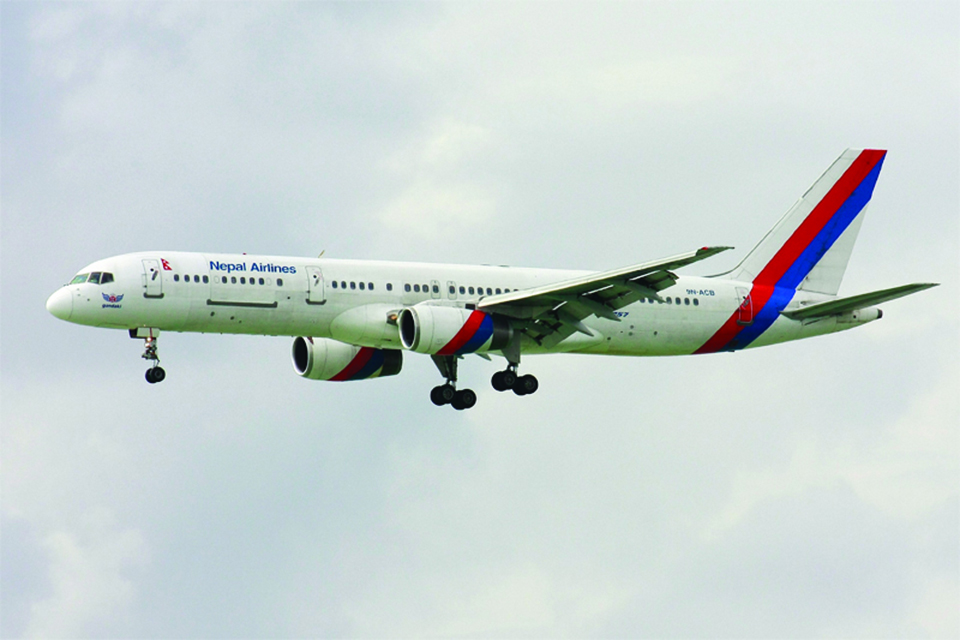 Blacklisting (b-list) is taken as a dire step, one that is not practiced too often. In most instances, a mere warning is enough. But it loses its potency if those supposed to be at the receiving end fail to fear its consequences. In most third world countries lethargy is generally attributed to bureaucrats. As an example, UNESCO has yet again raised concerns at our half-hearted measures toward preservation and protection of listed world heritage sites and threatened to delist.

Nepal aviation has been subjected to European Union Aviation Safety Agency (EASA)’s blacklisting since December 2013 because many European lives were lost in domestic sectors in STOLs and helicopter crashes. Suspecting serious issues in the running of aviation EASA chose to conduct its own safety audit. European Union (EU) releases Air Safety List, annually naming airlines/countries that do not meet international safety standards and are therefore banned from operating in the European region. It is commonly termed as being blacklisted.

Once an external audit gets going, it is obvious that all kinds of flaws, big or small, get picked up. It becomes more rigorous if it is done under environment of suspicion with auditors taking nothing at its face value. Proofs of “non-compliance” (NCs) are treated as serious issues that need urgent attention while non-serious ones get mere advisory recommendations. Usually, b-listing is imposed after failure to set things right within a reasonable timeframe. As expected, EASA did not find Nepal aviation in good shape but people with inside knowledge cite improper certification of the Chinese MA60 as the real trigger. Others saw it as a sly attempt to discourage use of MA60 as an upcoming competitor. The wanton apathy toward getting things done quickly is not just related to bureaucrats, it seems to have affected even our lawmakers who failed to realize its longer negative consequences. The listing apparently had no immediate effect, other than negative publicity during early days making it appear not as damaging. For EASA it was a matter of principle than prestige, but our lawmakers seem to have misjudged by taking it lightly as if persuasions at the political level would be adequate enough to get it undone.

But the biggest non-compliance was the inherent organizational flaw in Civil Aviation Authority of Nepal (CAAN) as it was functioning both as a “regulator” and a “service provider”. Such a distinctly divergent role could never be performed impartially by one body. Priority should have been accorded toward getting the draft of the necessary act followed by its passage through the parliament quickly. If it was expected to take this long then there was another way to get it done through adhyadesh (ordinance). Running no faster than the legendary snail, the splitting of CAAN into two entities is said to have secured “in principle approval” of the cabinet recently and it took five and half years to get to this stage. Its passage through the parliament will obviously take more time meaning further delay. As such we have no one to blame but ourselves for the muddle. It is strange that, quite contrary to the ground realities, successive ministers kept speaking hopefully about its removal while still stuck deep in it. They were either projecting their own turf, making it appear “bright n shiny” or they simply had no “situational awareness”.

Sadly, RA has become the obvious casualty, more so as the b-list that was in place much before the medium haul capability upgrade is still intact even after the acquisition. It is suspected that both Korea and Japan were influenced by the EASA’s decision in keeping off RA. While Korea sector dream remains unfulfilled for now, it is not clear what pursued Japan to let RA fly to Osaka/Narita. Japan permission provides some hopeful light at the end of the dark tunnel. But RA is seen to pin all its “hopes” on European sector it used to fly before using narrow body B757s.

Questions are often raised as how even after International Civil Aviation Organization (ICAO) had lifted its concerns, the one imposed by EASA is still intact? The reason is ICAO, as a UN body, does not pursue matters aggressively unlike EASA, an agency of EC looking after its own interest. ICAO’s approach is generally soft and advisory, not threatening. That aside, much publicity was given to progress that we have made in State Safety Programme (SSP) by notching 72 percent. SSP is taken as an indicator guaranteeing the safety of civil aviation in countries concerned. We have seemingly improved in the ranking with Nepal doing better than the global average. But the hard truth is that the core issue of non-compliance related to the breaking of CAAN still remains undone. I remember telling the same to late Rabindra Adhikari during ICAO day function on December 7 last year. His was a standard reply that it would happen soon.

I intend to devote the rest of the space describing recent interesting aviation happenings seeking to tie it up with the tight spot we have got into. Sometimes a small mistake under work pressure situation inadvertently leads to unnecessary costs for an airline, worse if it is a low-cost carrier (LCC). It relates to an Indian LCC about which the news title read “crew forgets navigation charts, flight makes U-turn after 2 hrs”. It so happened, it had to make a last-minute aircraft change due to some technical issues. Such events are quite common happenings around airports. While the intended aircraft flew the regional sector and had necessary charts/maps, the replacement craft that did only domestic sectors and had none of those. On hearing this, a very senior retired captain shot back in Twitter “LCC being taken to a new level!” What he jokingly implied was thrifty LCC had even resorted to stop carrying charts/maps to cut costs!

The second incident relates to one Middle-East airline that was on finals at JFK, New York and made a repeated mistake in not following laid out communication procedures. It is mandatory, in aviation, to read back each and every instruction ending it with “call sign” of the receiving aircraft. Doing so ensures making it unambiguous and that the instruction/information is conveyed to the intended aircraft. Since there are quite many aircraft crowded in the common ATC channel the chances of the message being misunderstood or acknowledged by others remains distinctly possible. As the crucial requirement to maintain vital visual separation the ATC needs to be wholly sure that aircraft that are being separated are the ones with whom it is talking to. But the aircraft in question repeatedly failed to mention its call sign while acknowledging every ATC’s instructions. Given the workload of the JFK/ATC, they have neither time nor interest to remind aircrafts about simple basic procedures. As such the erring aircraft was told to “go around” moments before touchdown. The crews still continued to make the same omission even after, possibly they did not get why they were commanded to go around in the first place. It may appear as a penalty but, far from it, ATC was just following established safety procedures.

Interestingly, both cases have lessons for us. The JFK “go-around” command is akin to our successive failed attempt to get Nepal removed from the list. On the other hand, the LCC made a U-turn to undo earlier mistake, and took-off again even if delayed. The moral: The b-list remains so long as measures to address non-compliant issues are not fully resolved. That is “FULLY resolved”—in all intents and purposes.

One of the reasons Indo-Pacific advocates are focused on Nepal is due to our strategic importance, so distinctive for global... Read More...