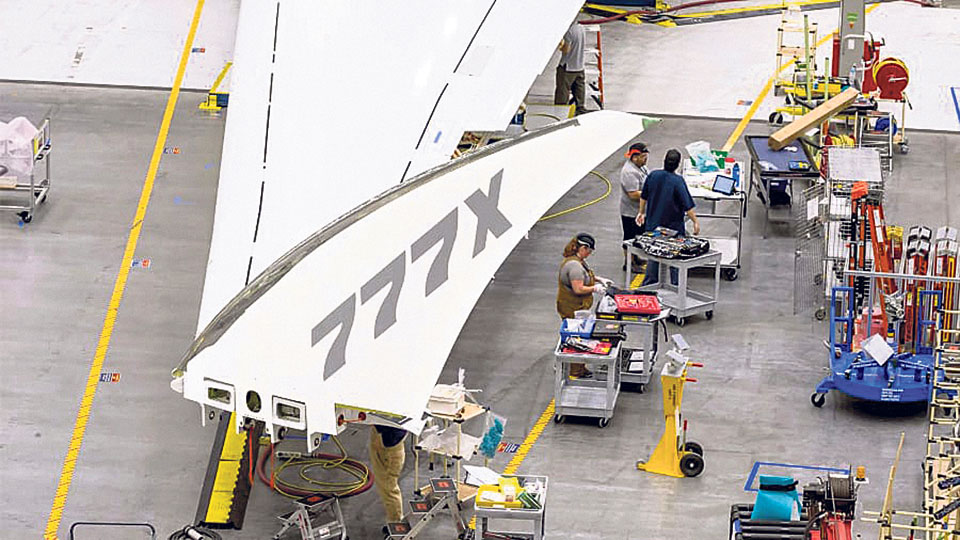 This is about some instances and incidents which may be known or unknown but might be of some interest to those following aviation. The biggest news of all happens to be the worldwide fear created by the emergence of Coronavirus. Thanks to the ease brought in by air travel it has since been traced to far off corners of the world. It is obvious that time spent in an enclosed space with unsuspecting infected fellow passengers only help its spread. And it does not bode well for Visit Nepal Year 2020 as there are quite a few airlines that link Chinese cities with Kathmandu. To that end, launching of Himalaya Airline’s Chongqing (CKG) connection, even if synchronised with Chinese New Year, appears ill timed in retrospect.

The virus is spreading fast and is expected to peak in next seven days or so. As such, passengers coming from China get scrutinised at airports having China connections. It is good that TIA has initiated efforts to chaff out suspected carriers among disembarking passengers from mainland China and we only hope that it is pursued effectively. Taking precautionary measures British Airway has just put a stop to all its China flights for the time being. It is obvious that more countries will follow suit if not already done. And it would be prudent on our part to do so right away, without wasting a second. But it will be interesting to watch if flights to Hong Kong get continued unrestricted or also get affected eventually.

The maiden flight of a new aircraft B777X, the latest version of the popular B777 series, was the obvious news that hogged headlines few days ago. Issues related to B737MAX grounding did lay bare the safety breach on the part of Boeing for having knowingly pushed unsafe aircraft type to its trusting customers. The perils for Boeing seem to be getting resolved as Federal Aviation Administration (FAA) has finally acknowledged, after very long, that MAX will resume its flights soon. It, otherwise, used to be like “tail wagging the dog” with Boeing expecting FAA to comply! As such, FAA had to dampen down Boeing’s unrealistically upbeat stance every time they were issued. It was not just Boeing that suffered due to MAX debacle. FAA’s reputation as a safe product guarantor was also severely tarnished. It is this situation that has made FAA more cautious in re-certifying, MAX now comes with major software configuration while simulator session has been made mandatory for pilots flying it. Simply put, pilots will now know how to disable the malfunctioning system they were not told earlier about.

Surprisingly, a recent article has a very credible analysis suggesting the root cause of MAX debacle was planted in the making of the investigation report of the long forgotten Turkish Airlines / B737NG accident (Amsterdam/2009). The final report blamed the pilots for failing to react properly when an automated system malfunctioned. But in reality the fault was hardly their alone as decisions by Boeing, including risky design choices and faulty safety assessments, were also major factors in the happening. But the Dutch Safety Board either excluded or played down criticisms of the manufacturer in its final report after being pressured by team of Boeing and FAA officials, it revealed. It is rather sad that honest revelations of the findings then, could have, in all likelihood, prevented both MAX accidents. The consequence of short term gain protecting the brand ended doing exactly the opposite with very grave consequence as we saw.

Ninth variant
The B777X is the largest two engine widebody ever to fly. As for B777 history its prototype was revealed in April, 1994. Twenty-seven years of non-stop production spread between eight of its variants has grossed over 2,000 orders and over 1,600 deliveries. The variants are classified as: B777 / 200 / 200ER / 200LR / 300 / 300ER / (F) Freight and (B) Business. Alphabetical notations explain their individual capability like ‘ER’ standing for extended range and ‘LR’ for long range. As such, the ‘X’ will be developed into ninth and tenth variants, namely B777-8 and B777-9 will have “foldable wingtips”, a novel feature for any passenger aircraft. But “foldable wings” are nothing new for military planes, especially those attached with aircraft carriers.

As it goes, it is incumbent upon aircraft makers to provide irrevocably safe products that passengers can take it for granted. But as was seen with MAX, adoption of new measures, of any form, can, at times, result in unwarranted consequences. B777X was scheduled to have flown in March of 2019, but got delayed unexpectedly as an aircraft door reportedly blew off the fuselage while being tested for maximum cabin pressure. It is good that it happened in the test rig, Boeing’s focus was more on unconventional wingtip. The 11ft long wingtips are lowered only on reaching the runway for takeoff, the built in system does not allow acceleration beyond 60 knots with tips standing up. But while decelerating, after landing, the tips get on folded up on reaching a speed of about 50 knots.

This feature brings in the advantage of making aircraft more economical by having longer wings helps increase range as well. It is sufficient to understand that a slender wing is always better than a bulk one in all aspects. The foldable design had to be incorporated to make aircraft fit into an 80m block while parked. Some B777 variants have more powerful engine than one on ‘X’, but thanks to longer and lighter composite wings, it can still carry more people much further with wingspan notching 73m (238’10”). That aside, General Electric GE9X engine delivers a colossal thrust of 115,000 lbs each. While the 777-9 is capable of carrying 426 up to 13500 Km but 777-8 carries less (384 pax) but much further off to 16170Km.

It seems the days of very large carriers like the A380 and B747 are truly over for the present. Even if developed to carry in excess of 550 pax at a time, airlines using A380 never went that far in packing people. They, instead, chose to provide more amenity space and comfort to the flying public. Perhaps, only Hajj charter flights notched seven hundred in dense, single class configuration. It showed that capacity in the range of about 400 plus was ideal. And this is what B777-9 aimed at achieving. A380 had good economics but only it fully packed, but filling A380 was no joke that often resulted in empty seats meaning revenue loss. A comparative Airbus product to match B777 series is A350 and it has been flying since 2015 and is doing exceedingly well. It remains to be seen how successful the newer versions of B777 become. Incidentally, B777X had logos of eight world airlines painted on its exterior, a gesture honouring its clients that had ordered some 309 frames. Ironically, six of the logos were of airlines from Asia and two were from Europe and none from USA. What else but a typical example of tail wagging the dog?

Each province to have two medical colleges
22 minutes ago

Kathmandu Metropolitan City: Balen maintains his lead, Sthapit behind by 20,000 votes
2 hours ago