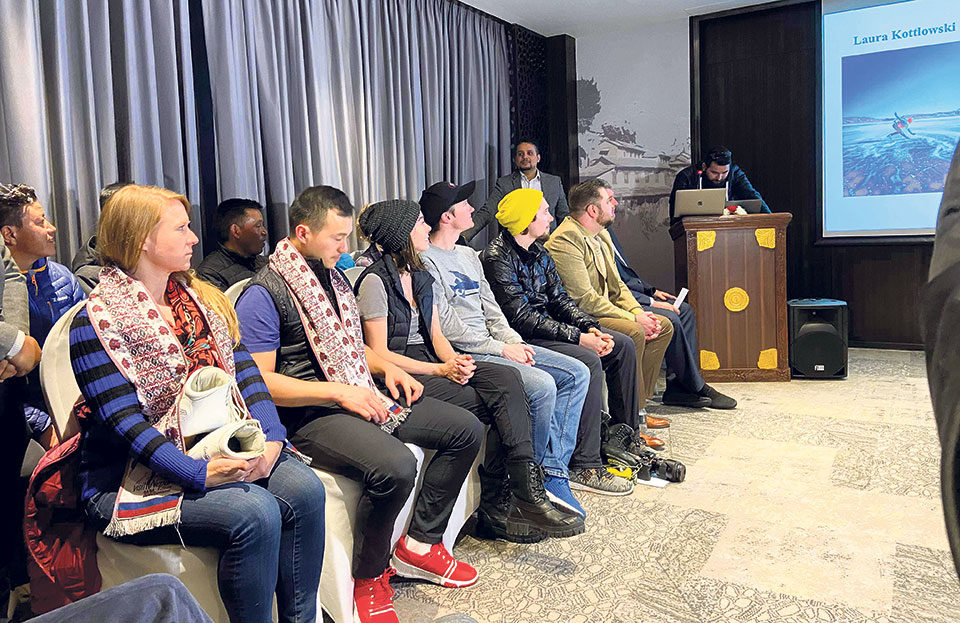 Organizing a press conference in Kathmandu on Thursday, Visit Nepal Year 2020 Secretariat said the newly-designed adventure and sports tourism product of the yearlong tourism promotional campaign will exhibit international figure skating event and a friendly ice hockey match at the altitude of 4,790m to promote Nepal as a destination for winter sports and to promote Nepal for all seasons.

The event will feature alpine figure skaters, avid climbers, ice hockey trainers and adventure enthusiasts, according to the secretariat. Olympians from the US and Canada, including Jeremy Abbott of the US – the 2008 Grand Prix Final champion, Patrick Chan of Canada – a former competitive figure skater and a 2018 Olympic gold medalist in the team event, Elizabeth Putnam of Canada – a former competitive pair skater, Matej Silecky of the US – a member of the 2012 US Collegiate Figure Skating Champion team, Junior Men, Nick Kalisz – an ice hockey player and filmmaker, and Laura Kottlowski of the US, a figure skating gold medalist are participating in the event.

Speaking at the event, the national program coordinator for the VNY 2020 campaign, Suraj Vaidya, said that the launch of the event will also mark as the first-ever introduction of the ice rink in Nepal which is going to be the highest ice rink in the world. “The event is also being developed with the ownership of local people with an effort to create the possibility of tourism even during the current off-season from December to March,” he said, adding that a team of experts from the US had studied the event venue in December.

Pokhara airport to come into operation by December next year: Minister Bhattarai