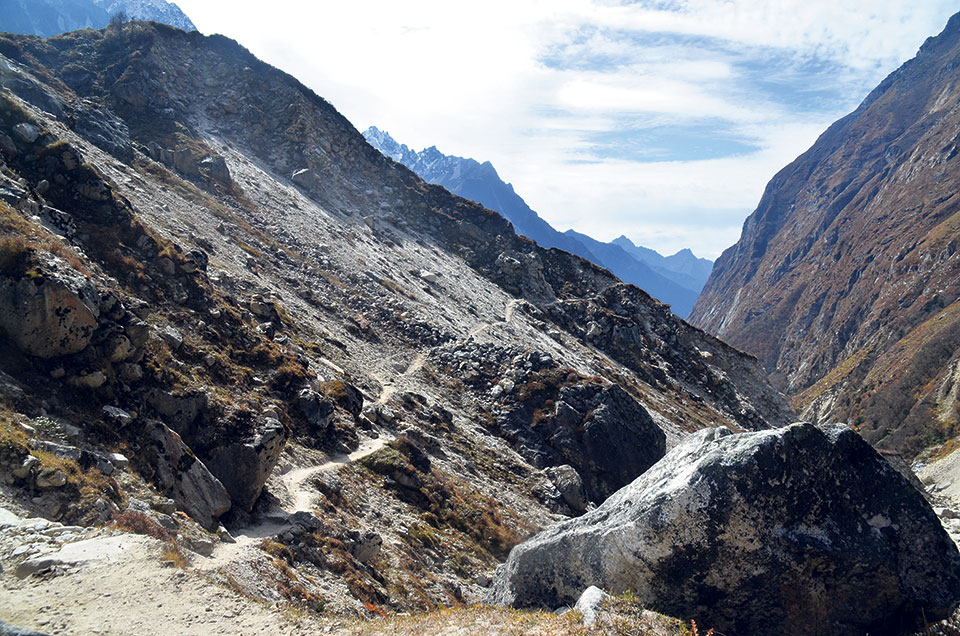 PANCHTHAR, Dec 16: Poor infrastructure in eastern Nepal will be a major hurdle as it prepares to celebrate Visit Nepal Year 2020 campaign.

Bad roads, and lack of restrooms, drinking water facilities, dependable transport service and good hotels could affect the yearlong tourism promotional campaign, according to tourism entrepreneurs of the district.

Roads to major tourist destinations in the district are in a bad shape. Similarly, trekking trails lack quality teahouses and signposts for trekkers. Some places lack of hotels and eateries.

Sandakpur is a popular tourist destination in the region. But the road to Sandakpur is in a bad shape and there is no regular transport service. There are only two hotels in Sandakpur and they are full most of the times. It is because of these factors that tourism entrepreneurs are reluctant to take tourists there.

Tourists can be taken to Char Ratey and Phalot area from Sandakpur. But these destinations even do not have basic infrastructure. In the lack of proper road, people have to use road in neighboring India to visit these places.

"Tourists will love these destinations as one can enjoy breathtaking mountain views and sceneries from here. But these areas lack hotels, roads and other basic infrastructure," Chandra Lal Nepal, a local, told Republica.

The trekking trail from Pauwa Bhanjyang to Timbu Pokhara via Chhintaphu, Sandakpur and Phalot holds immense tourism potential. But tourism entrepreneurs cannot take trekkers there due to lack of infrastructure.

Dipendra Tumbapo, a tourism entrepreneur based in Phidim, say poor tourism infrastructure in the district will affect the Visit Nepal Year 2020 campaign. "Also, there is lack of coordination among government agencies. It is high time the government built needful infrastructure to exploit tourism potential to the fullest," he added.

Timbu Pokhari is becoming popular among domestic tourists. The number of trekkers heading to Timbu Pokhari is increasing with each passing year. But the concerned government agency is not doing anything to upgrade the trail. The government has neither put any signposts, nor built any sheds or camping sites for trekkers. Even destinations, which feature in 100 new destinations identified recently by the government, do not have proper infrastructure.

Even the trail to Kanchanjunga Base Camp does not have proper infrastructure. Motor vehicles can reach Ranipul from Suketar. But the road is not in a good shape. Hundreds of trekkers visit Kanchanjunga Base Camp every year. However, the government has not felt the necessity to upgrade the trail yet. There are some teahouses on the trail, but these are insufficient, say tourism entrepreneurs. Places above Ghunsa do not have even basic health facility.

"There are beautiful destinations in eastern Nepal. But we are not being able to bring adequate tourists due to lack of infrastructure," said Chungda Sherpa, a local of Ghunsa.