KATHMANDU, Nov 1: Surge in domestic tourist footfalls this year has come as good news for tourism industry of the country as it prepares to celebrate the yearlong Visit Nepal Year (VNY) campaign in 2020.

Nepalis seem to have finally discovered the joys of traveling. Not only inside the countries, Nepalis have also started holidaying abroad. Be it for long treks or short weekend trips, Nepalis are traveling across the country. Tourism entrepreneurs say that they are getting 50 percent of the business from domestic tourists.

Nepal Tourism Board (NTB) estimates the number of domestic tourists to grow to 5 million in 2018. It estimates that half a million Nepalis traveled to different parts of the country in October alone.

“I saw Nepalis all over the trail throughout my five-day trek. There were only few foreigners,” said Jyoti Basnet from Kathmandu who recently returned from Poon-Hill Trek. Sharing her experience, Basnet told Republica that she had a pleasing experience thanks to good amenities at hotels and lodges, and hospitable hosts. “Hoteliers gave equal priority to Nepali guests. There was no disparity at all.”

Likewise, Kripa Sigdel, a lecturer with Padma Kanya Campus, said she saw Pokhara brimming with domestic tourists holidaying with friends and families. “I just returned from my fourth holiday in Pokhara. I had not seen so much Nepalis in the lake city before,” she said, adding that she found tourism service providers more hospitable toward Nepalis this time.

Officials of the NTB are elated with the domestic tourist footfalls. “We launched ‘Ghumphir Year 2075 BS’ campaign in 2016 to promote domestic tourism. It is good to note that the campaign has yielded positive results. This year, we have launched ‘Pahile Desh, Ani Bidesh’ (first the country, then abroad),” Deepak Raj Joshi, the CEO of NTB, said.

‘Pahile Desh, Ani Bidesh’ is a campaign initiated by the NTB to promote domestic tourism. Under this campaign, NTB has been producing several short videos of tourist destinations across the country and promoting them through its social media platforms.

Meanwhile, tourism entrepreneurs have said that their years-long effort to increase domestic tourists is now yielding results. Talking to Republica, Amar Man Shakya, president of Hotel Association Nepal (HAN), said the year 2018 can be termed successful for domestic tourism. “Around 75 percent of hotel rooms, whether it is a lodge or a star-rated hotel, are being occupied by domestic tourists,” he said, adding that hotels in Chitwan and Pokhara are now dependent on domestic tourists for business.

GOING BEYOND CHITWAN, POKHARA AND LUMBINI
For years, Pokhara, Chitwan and Lumbini remained the preferred destinations of domestic tourists. Now, Nepalis are traveling across the country. According to Nepal Association of Travel and Tour Agents (NATTA), Manang, Mustang, Dolakha and Rara Lake in Mugu have become favorite destinations for Nepali youths, while Muktinath in Mustang, Palpa, Khaptad, Dhankuta and Ilam are now preferred destinations for family trip.

“Usually Nepalis used to visit Pokhara, Lumbini and Sauraha. However, Nepalis are moving beyond these destinations,” CN Pandey, the president of NATTA, said.

Similarly, Shivapuri, Champadevi, Chandragiri and Chitlang are the popular destination for Nepalis looking for a quick getaway, Pandey added.

Meanwhile, Ministry of Culture, Tourism and Civil Aviation is preparing to introduce 100 new destinations across the country.

“We get only few high-end tourists. Most of the foreign tourists do not spend even US$ 50 a day,” HAN President Shakya said, adding: “Foreign tourists in Nepal travel with limited budget, while Nepalis are found to splurge on food and drinks.”

He also added that while foreign tourists are known to bargain on prices, Nepalis pay whatever rate is quoted by service providers.

The government as well as private sector is working jointly to promote new destinations across the country. Priority of almost all local bodies across the country is on tourism. This provides more travel options for domestic tourists.

Sujan Shrestha, president of Psychbigyaan Network Nepal (PNN), who is currently in Pokhara for his official work, said that travel is essential for both emotional wellbeing and knowledge expansion. “Travel is an effective means of gaining knowledge and also to take a break from our hectic daily life,” he added.

Increasing connectivity is also helping in expansion of domestic tourism. “We now have good road access to most of the popular destinations across the country,” NTB CEO Joshi said.

According to Joshi, information flow via social media and word of mouth publicity is also helping in domestic tourism growth. “When people travel to a new place, they like to share about it and the social media has made it easier,” Joshi said, adding that several ways of sharing information has also contributed to promote new destinations.

NO SCIENTIFIC DATA
Although movement of domestic tourists has increased significantly, there is no scientific data about the number of tourists, their spending and the destinations they have traveled to. This is because there is no mechanism to register domestic tourists.

“It is true that we only have estimates about domestic tourists, not authentic data,” NATTA President Pandey said. “There is a need to maintain database of domestic tourists as their numbers is growing rapidly.”

Meanwhile, NTB is planning to work in coordination with provincial governments to maintain database of both domestic and foreign tourists traveling through highways and major roads, Joshi told Republica. 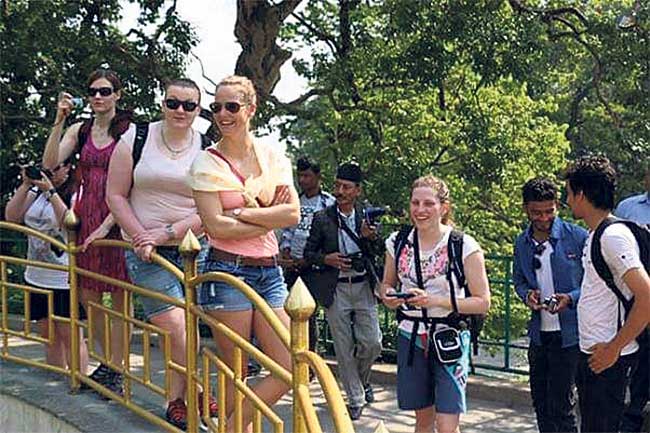 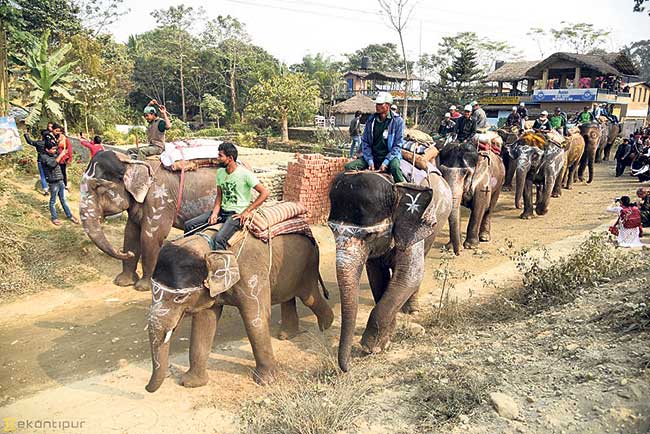