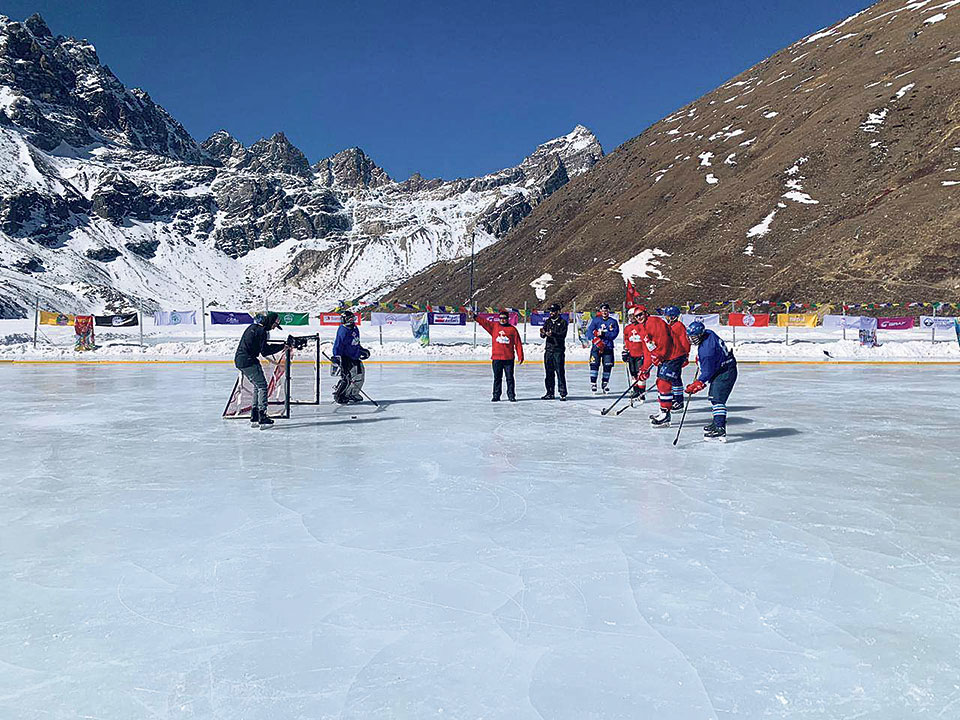 KATHMANDU, Feb 15: Nepal has hosted its first ever figure skating and ice hockey friendly match with well-renowned players from Canada, India, Russia, and the United States.

Issuing a press statement, the VNY 2020 Secretariat said that, the event 'Skate Nepal' is one of the pioneering steps to promote winter tourism focusing on winter sports.

“The event is an initiation of the government of Nepal through the Visit Nepal Year 2020 campaign to introduce and explore the enormous potential of high altitude adventure sports in Nepal,” the statement read, adding: “The event also aligns with the idea of exploring high-end tourism products in Nepal and creating a niche market in the already popular tourist areas.”

The event took place in the presence of ambassadors of France and Finland, representatives of TAAN, Nepal Airlines Corporation, Summit Airlines, Heli Everest, Turkish Airlines and representatives from Hotel Hikers Inn. Similarly, the Chief Minister of Province 1, Sherdhan Rai, parliamentarian Jeevan Ram Shrestha and chairman of Ward no 4 of Solukhumbu's Khumbukhasang Rural Municipality, Laxman Adhikari were also present in the event. The friendly ice hockey match was also held between the players who were divided into two teams.