A win-win for Nijgadh? 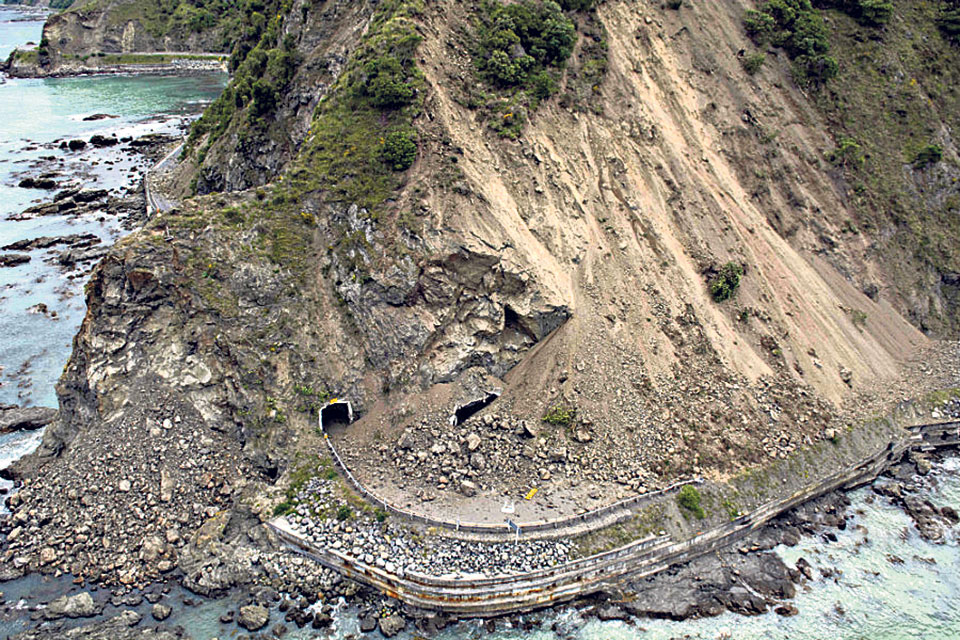 Keeping the Landmark Worldwide Company’s report under wraps does not help Nijgadh. Releasing it might do more good than harm

The scare created by a coffee spill in the cockpit happens to be the interesting story for this week. Two A350s experienced uncommanded in-flight shutdown of one of the engines after spillage on the centre pedestal that housed “start and control” engine functions. Happening within three months, the resulting shutdown came after some 15 minutes for Delta Airlines (US/Jan, 2020) and an hour for Asiana (SKorea / Nov, 2019). Both cases were investigated by Airbus, following which European Union Aviation Safety Agency (EASA) approved the temporary revision in the manual making cockpit a “liquid prohibited zone”. The drastic step was necessary as the spill could have also affected the other running engine.

Remember the aircrafts that ended in waters of River Hudson (2009) and Russian cornfield (2019)? Both had total shutdown as they flew through flock of birds. Fortunately, there were no human fatalities among 388 (155+233) onboard while hundreds of birds may have perished. In a first ever bird incident, one of the Wright brothers is said to have killed one while deliberately chasing a flock in 1905. It particularly showed the typical human trait reflecting its over powering superiority. It also marked the beginning of wider conflict between man and nature in aviation. Such conflicts arise largely due to lack of sensitivity and inadequate understanding about nature on our part. For being gifted and resourceful, the onus falls on human shoulder to negate such instances to the extent possible. And this brings us rightly at the spot to delve into Nijgadh (NGD), about which laymen are asking more “foolish questions” than experts are able to answer.

Nijgadh debate
An over 14000 words, four part series by Dr Raamesh Koirala in Setopati, demonstrated the level a layman can get into by studying a topic totally alien to his line of profession. Surely, the long passionate essay did not come easy without spending hours in wider research and study. He merely posed critical questions leaving decision makers free to ponder about those without being brazenly assertive. Further, it was not necessary to dismiss the write up as “designed to create confusion,” nor was it necessary to level all those disagreeing with NGD, in its current form, as anti-development elements. It was, indeed, a shock to see it being taken as a “grand design conspiracy” like Girija Prasad Koirala often implied but never explained.

It was obvious that TIA had to be condemned as old and useless as they did to B757s to justifying purchase of A320s. Also try to remember the spin put forward to justify A330s next. They said it was going to be a “game changer.” The same phrase is often linked with NGD. One side of the establishment lamented that it was not able to put them to maximum use as EASA’s concerns remained unresolved. That aside, the latest revelations about aircraft purchase have embarrassingly exposed the hollowness of “Zero Tolerance” resolve that we hear so often. Hopefully, we will get to know more on A330 as well. It is baffling that the committee formed to bring out the satya-tathya behind the suspected widebody scam never got activated. Makes us wonder, which side of the resolve it was referring to?

As for the general happenings, media keeps us informed as to how people entrusted to discharge their duties honestly cannot do without taking a Ganga like plunge in the “ocean of malpractice”. It is unbelievable that such a system can be run so efficiently without as much as a murmur. I am not deviating. I am just trying to make a point that there is a widest possible gulf as regards to what is officially uttered and how it ends as, in real. How can NGD be the unlikely “exception”?

As for the “no work, no penalty” culture, it is so widespread that it has percolated through tiniest pore of the country’s administration and works one can think of. The burning question is why simple TIA upgrade projects failed to run, and even worse, why the $250 million ADB fund was allowed to lapse exposing the dismal scenario. The “non-establishment” sector is said to be more anarchic as they seem to literally work in an environment of total lawlessness. The most ominous situation manifests, as and when, unscrupulous on both sides work hand in glove. A mega project will attract even bigger such elements of the surrounding regions with “grander design” of rampant ripping and plunder to their own benefit. What steps will the “honest side” of the establishment put forward to stop all that?

Tread with care
Many more interlinked steps need to be carefully treaded about various modalities concerning financial, construction related and operational aspects after any project becomes viable. On the legal side, it goes without saying that understanding the intricacies and twists of documents drawn in English may not be up to the mark as our legal system is wholly Nepali based with very little international exposure. There are, obviously, many more steps than the highlighted few before one is truly ready to move the first shovel of earth or bring down the first tree. The billion dollar question is, are we ready to take the plunge, come what may, in a hurry to prove that the establishment is serious even if unprepared?

I had an interesting chat with a rather talkative young taxi driver one evening. Such drivers need no prompting, they talk about hundred different things by the time one arrives at the destination. I deliberately directed him towards Nijgadh. Yes, he had heard about it and that he would rather opt to switch to the fast-track, carrying firingis, rather than driving through notoriously slow Kathmandu traffic. He kept silent for a while on being told that building Nijgadh was not yet certain because of the complication involving nature and animal in there. He had heard about this and thought elephant would be a problem as they moved during night plundering crops and demolishing settlements. But he had a quick solution to all this and even scheme to promote Nepal at the same time. He said we could attract tourists to hunt and kill elephants that trespass, reasoning it will not only help run the airport but also promote VNY2020! It was a win-win situation, he thought.

Keeping the Landmark Worldwide Company’s report under wraps does not help Nijgadh. Late Rabindra Adhikari had said its ownership was accepted, but as the amount payable was not decided it could not be released then. It sounded more as a lame excuse. Releasing it might do more good than harm. The government should not be as adamant in not letting currently designated area moved a few kilometres in any direction especially if it helps make it more environmentally acceptable than in its current form. It is nothing like “birthright” and saying “it cannot be built at all, otherwise”. There is no logic in making two parallel runways right away either. Make one and add another in few years, if required. Even with one runway we will already be better with TIA nearby and Bhairahawa (BHW) not too far. Making a full-fledged airport can wait. It helps NGD to start small.

That said I have particular apprehension about the way 2015 earthquake ended. Seismologists have concluded that the earthquake rupture stopped underground somewhere south of Kathmandu Valley with increased tectonic stress stored or unspent. As a rule, a truncated rupture will continue and head in the direction to join with another rupture, left by previous quake, as and when the next big one strikes. But it cannot be said if it will happen in the next 70 years or the next 70 hours. But it is quite unlikely that fast-track will be spared when it happens. The reason being, the fast-track is either aligned right along or quite close to the potentially hazardous area and it will have ninety-nine bridges. But we can only wish that such a calamity never befalls us. In conclusion, I will have no regrets, whatsoever, even if proved wrong in all my assertions above. Let those with saner minds take the right decision honestly by addressing all legitimate concerns. They will have no straw to catch, if they fail the country and its people.

KATHMANDU, May 30: While the pandemic continues to impact international airport projects under construction, the government is planning on bringing... Read More...

Confusion in cockpit over runway

MUGU, Jan 11: An aircraft of Goma Air that had flown from Nepalgunj with 15 passengers on board averted an... Read More...