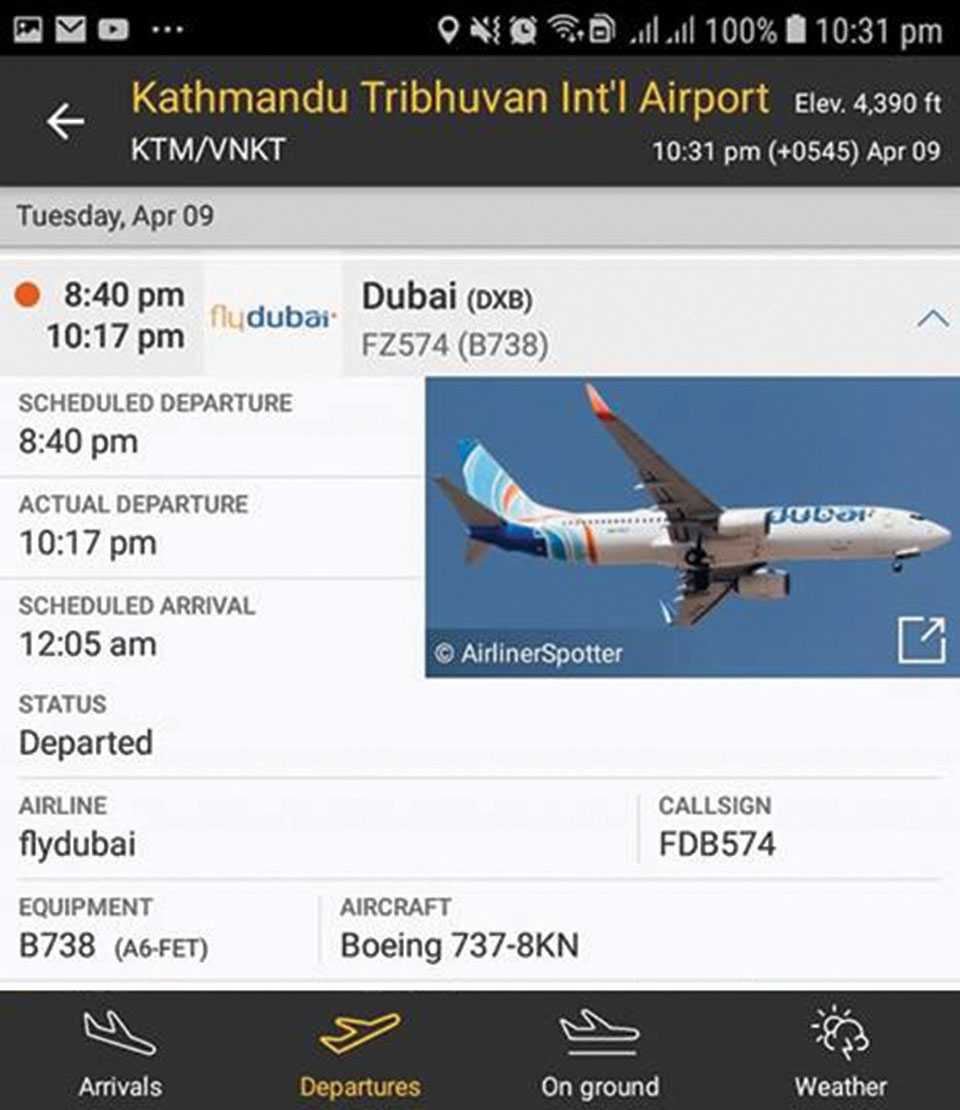 Irrespective of the suffering caused by the cancellation of RA’s flight (RA231) to Dubai (DWC) due to night time runway closure after 10 PM, it was good that Notice to Airmen (NOTAM) was strictly followed. Tribhuvan International Airport (TIA) is currently passing through a phase of ten hours airport closure that is to last until the end of June. By then, the whole of runway surface will have been scrapped out and done anew. The work is said to proceed at the rate of finishing 80m long segment each night such that the airport becomes operational next morning at eight. It is a major refurbishment work that had been languishing in uncertainty since long. Now that the work has finally begun, it should be seen that it gets done in time.

But sadly, the narrative has been more on the suffering of passengers and lack of sensitivity on the part of Civil Aviation Authority of Nepal (CAAN) and ATC for not letting the A330 fly out that night. Even as it appears as a single problem, it essentially consists of two dissimilar issues rolled in one. The first is related to RA and its inability to get the aircraft flown that night. This piece has no intention to dwell on issues related to RA but it cannot be totally ignored either. The other being the instrument called NOTAM that is issued in advance for various reasons, highlighting deviations for all things alerting airspace users related to airport/airways affecting flight operations.

How NOTAM works
NOTAM can be mandatory or regulatory in nature. Others advise pilots of a closed airspace, or even alert airports and airlines about weather or even birds activities. Mentioning its enforcement period is a basic NOTAM requirement.

Once a NOTAM is issued it is incumbent upon airlines to check if their flights are affected in anyway and take measures to comply with it, if so. As such, no airline should expect any leniency from aviation authorities on its applicability. Runway construction projects are the most critical for the aviation safety since they imply modifying the operating conditions and involving non-aviation staffs and machines in the close vicinity or on the runway itself. Records speak of accidents/incidents that have occurred even during runway closures. While deadly accidents are extremely remote, most of the incidents are premises of catastrophic events. It is no different in TIA’s case, with contractor waiting in the wings, counting seconds, to move in its heavy equipments on the runway. To expect some operational leeway under such circumstance was grossly irresponsible as it impinged upon crucial elements of flight safety.

But it was no less disheartening to see people from RA side complaining about the flag carrier not being accorded the same kind of courtesy as non-Nepal airlines. They even argued that as the Cathy Dragon was allowed to fly just before ten, a few minutes extension would have been sufficient for RA. Quite true, but the big “but” was that it required NOTAM to get a typical Nepali “bending” treatment! One RA airport officer was even heard/seen blabbering in one of the TV channels that the airport could have been opened for an “emergency situation” like this! First of all, this was not a life threatening situation like an aircraft calling “may day” begging airport to open. The ignorance of RA official is quite revealing and his justification to level it as one was truly laughable. The situation was a sorry outcome of RA officials having failed, as reported, to have timely noticed passengers who had boarded the wrong RA flight and tracing them took time, it claimed. The solution is simple; RA has to get its house in order first.

I think it will be appropriate to inject a positive note at the personal level on board RA’s B757 many years back when pilots could allow their friends or family members to take jump seat in the cockpit. Our flight was over an hour late in departing Kathmandu as the aircraft was used in “touch-n-go” while we were kept waiting. This basically involves performing few landings and immediate take-offs to enhance pilot’s skill. After Dubai crew change I was invited in the cockpit. Since our flight was delayed in arriving, our departure from Dubai got ominously close to NOTAM restriction due to some Air Force related activity there. The Captain then enquired about my Frankfurt departure time and mumbled something like “need to rush”. On being queried by the Dubai tower if he could fly out before the restriction kicked in, he answered in the affirmative. Wishing not to default, he performed some extra fast taxiing and equally fast swings into the runway. But he kept well within the operational time even if it got hair-raisingly close, with only a few seconds to spare as the aircraft rotated. And only after being airborne he told me, he rushed just to ensure that I did not miss my connection. He obviously made me feel important, but to think of it, the captain may have been even more eager to get out before the airport closed. Nevertheless, it was a sweet gesture on his part.

Flouting rules
But unfortunately, all aforesaid good things about CAAN in strictly following the NOTAM was brought crashing down by none other than its own officials when they let FlyDubai flight (FZ574) to Dubai (DXB) to take-off at 2217 hours, 17 minutes past the closure time on Tuesday, April 9. This rightfully added credence to RA’s allegation that it was treated unfairly. Who authorised such a blatant flouting especially as it came just a week after RA incident? It was all the more unbelievable as CAAN officials had justified their inability to let RA231 fly citing NOTAM restrictions. Most of us, will suspect this as an outcome of some sort of “bait” the perpetrator/s fell for quite willingly on their part! It was certainly not a pistol put to the head as in Godfather. Or there were other compelling reasons that we do not know. Whosoever authorised such deviation needs to be investigated and, if found guilty, punished to the legally possible hilt. With such indiscipline prevalent among officials of CAAN, I would not be surprised if Nepal is kept condemned in the EC/EASA imposed infamous b-list, more for its own doings. So, let us not talk big about getting out of it any time sooner. For God’s sake, if we will ever learn?