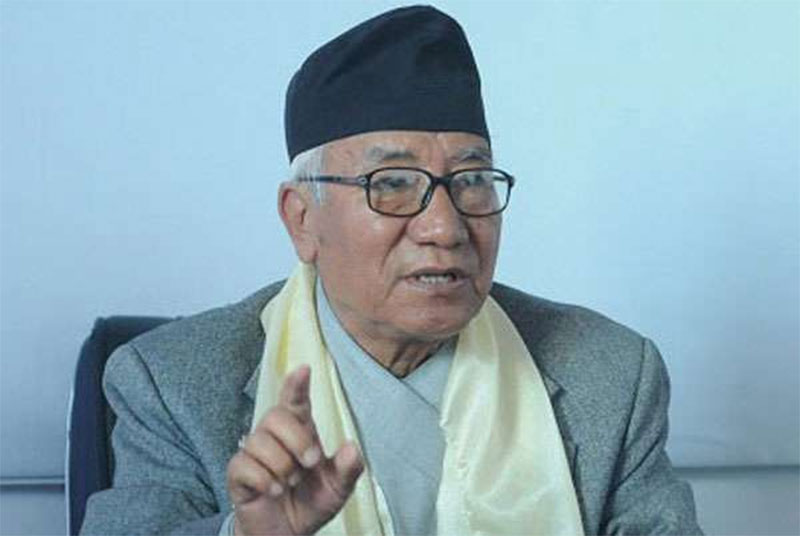 KATHMANDU, April 23: Expressing serious dissatisfaction with the current leadership of the party, Nepali Congress (NC) senior leader KB Gurung has proposed dissolving all party committees and holding fresh general convention to elect new leadership to give new life to the party, which faced a humiliating defeat in the recent elections.

In his political proposal presented before the ongoing Central Working Committee (CWC) on Sunday, senior leader Gurung, who is known for his integrity and sacrifice to the party since the founding of the party, also announced withdrawal of his support to President Deuba. During the 13th general convention held two years ago, Gurung had proposed him as the candidate for the party's president.

In the written political proposals, Gurung has acknowledged his blunder in supporting Deuba, who "utterly failed to uphold values and principles of the party". “I am deeply saddened by the role played by Deuba during his two-year term as the party president and in his capacity as the prime minister, therefore I am with regret, notwithstanding what the party's statute and morality says, announce withdrawal of the proposal I formally made for Deuba as party president during the 13th general convention effective from today [Sunday] itself,” he has said.

Gurung has alleged that Deuba promoted factionalism within the party against his pledges, failed to give full shape to the party's sister organizations and literally made them dysfunctional, failed to mobilize effectively the party's sister organizations during the elections and forged electoral alliance during the local elections with a party that did not share party's ideology and values, for the sake of prolonging his stay in power. Among other things, Gurung has alleged that Deuba had infringed upon the sanctity of independent judiciary through impeachment motion against the then chief justice Sushila Karki and contributed to eroding the values of the party by asking the NC supporters to cast their votes to the Maoist Center candidate in Chitwan.

While arguing that the ongoing CWC meeting is not able to assess the causes of party's defeat in the recent polls, Gurung has said that the proposal to hold Mahasamiti meeting is only a strategy to shift the responsibility of the defeat onto others. He has also argued that the party's parliamentary board that distributed tickets for election, current central working committee and its leadership should be held responsible for the party's humiliating defeat in the recently held local, parliamentary and provincial assembly polls.

Gurung has a suggestion forming ad hoc committees by dissolving the existing party committees in line with the federal structure, holding fresh general convention within six month and electing new leadership of the party to give new life to the party. Gurung has also indicated that he will pose himself as a candidate for party president in the upcoming general convention.

FSFN to support Deuba as PM