KATHMANDU, Dec 14: The main opposition Nepali Congress staged massive demonstrations against the government in all 77 districts of the country, on Monday.

Tens of thousands of cadres and well-wishers of the party are staging protest marches across the country. NC's top leaders are scheduled to address assemblies in various parts of the country this afternoon.

Nepali Congress President Sher Bahadur Deuba will address an assembly in Hetauda, the capital of Bagmati Province. Senior leader Ram Chandra Poudel is addressing an assembly at Shanti Batika, in the heart of the capital. 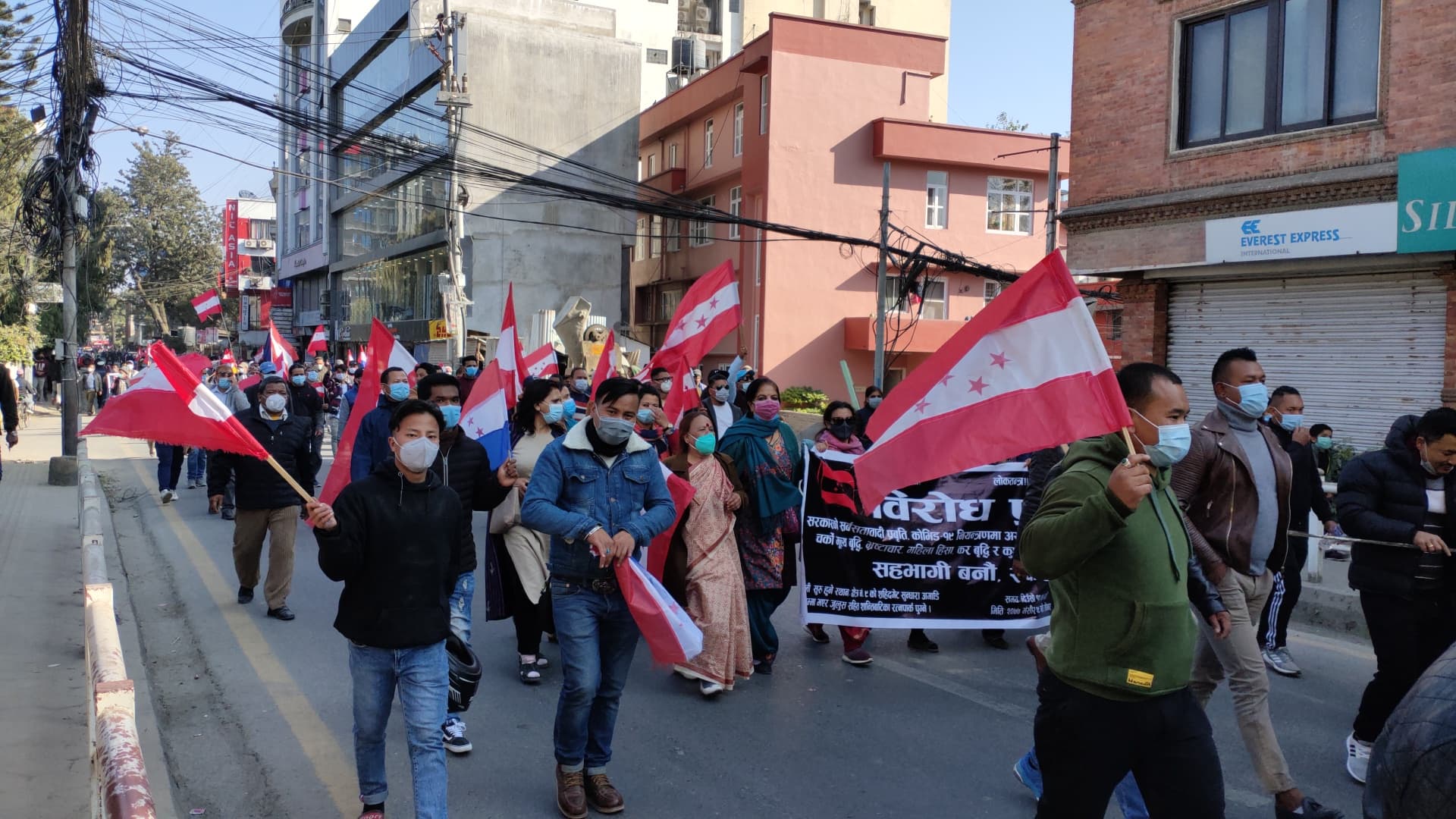 The Kathmandu Valley's traffic has been severely affected by the protest rallies organized by the Nepali Congress.

Another General Secretary Purna Bahadur Khadka is coordinating the nationwide protest from the party headquarters, Sanepa. 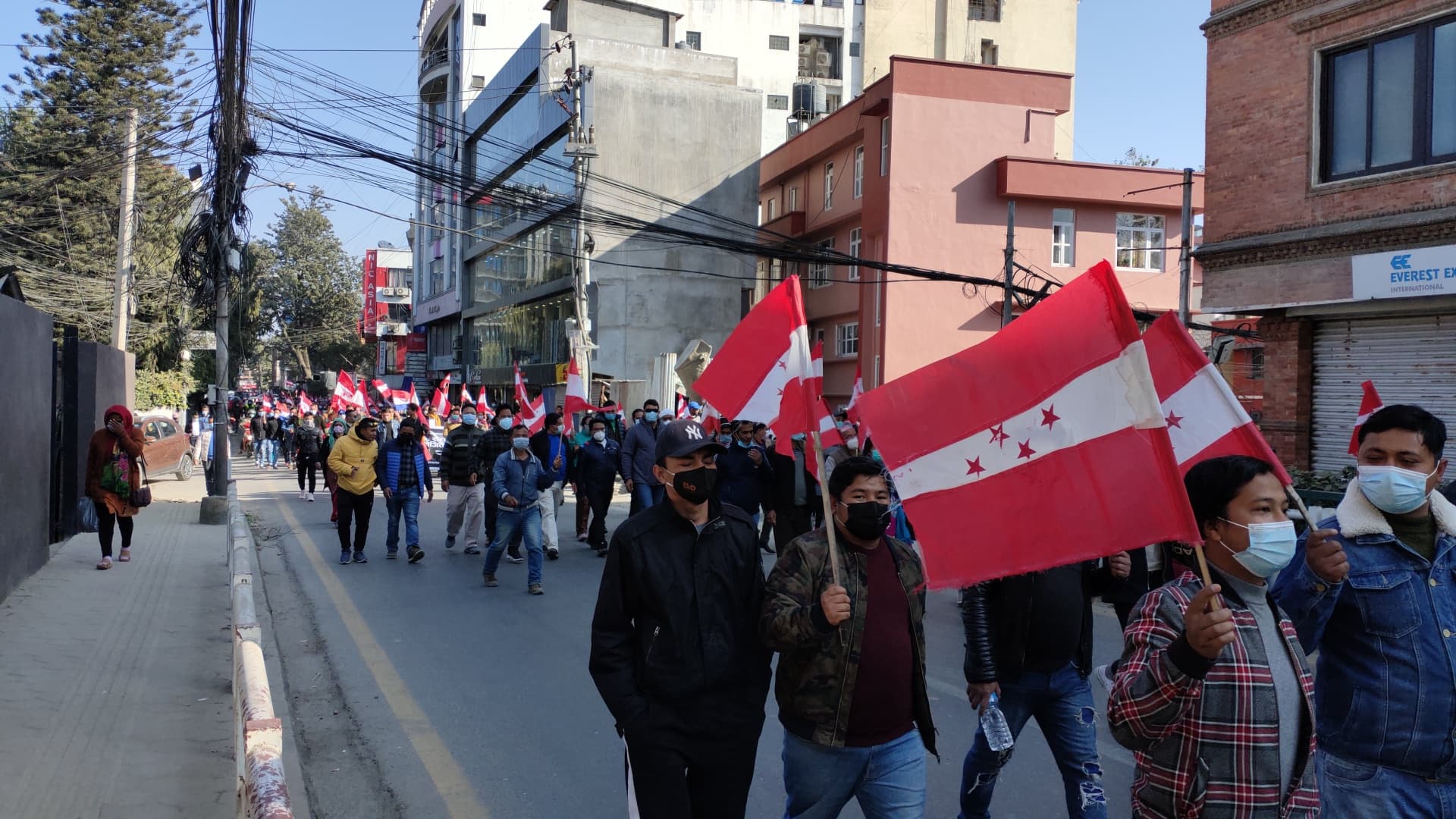 The NC has claimed that at least one million people will take to the street today against the government.

On December 4, an emergency meeting of the party's office bearers had decided to stage demonstrations against the government on December 14.

NC's Vice-president Nidhi said that the government is promoting the politics of negation instead of responding to the novel coronavirus disease effectively.

The NC also criticized the government for not making preparations to convene the winter session of the federal parliament.

KATHMANDU, Feb 25: The main opposition Nepali Congress (NC) has summoned a meeting of its office-bearers this afternoon to discuss... Read More...