KATHMANDU, July 7: Following a 12-point agreement with the government, Pukar Bam and ‘Iih’ of the ‘Enough is Enough’ campaign have broken their hunger strike after 12 days.

Organizing a press meet at HAMS Hospital in Kathmandu, the representatives of the two youths informed the media that the government has agreed to fulfill the demands presented by the youths – Bam and Iih. 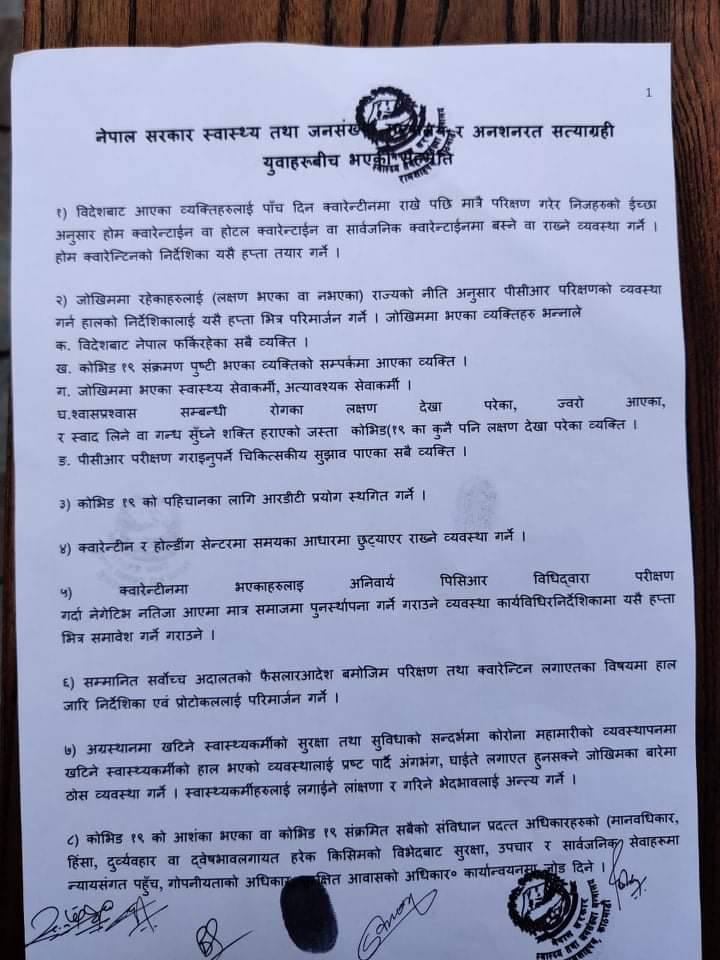 On June 26, four youths – Pukar Bam, Iih, Sudan Gurung and Subani Sijapati – of the ‘Enough is Enough’ campaign started a hunger strike on the premises of Patan Durbar Square protesting against the sluggish response of the government in battling the COVID-19 pandemic. But, after the health condition of Gurung and Sijapati started to deteriorate, they called off the hunger strike. 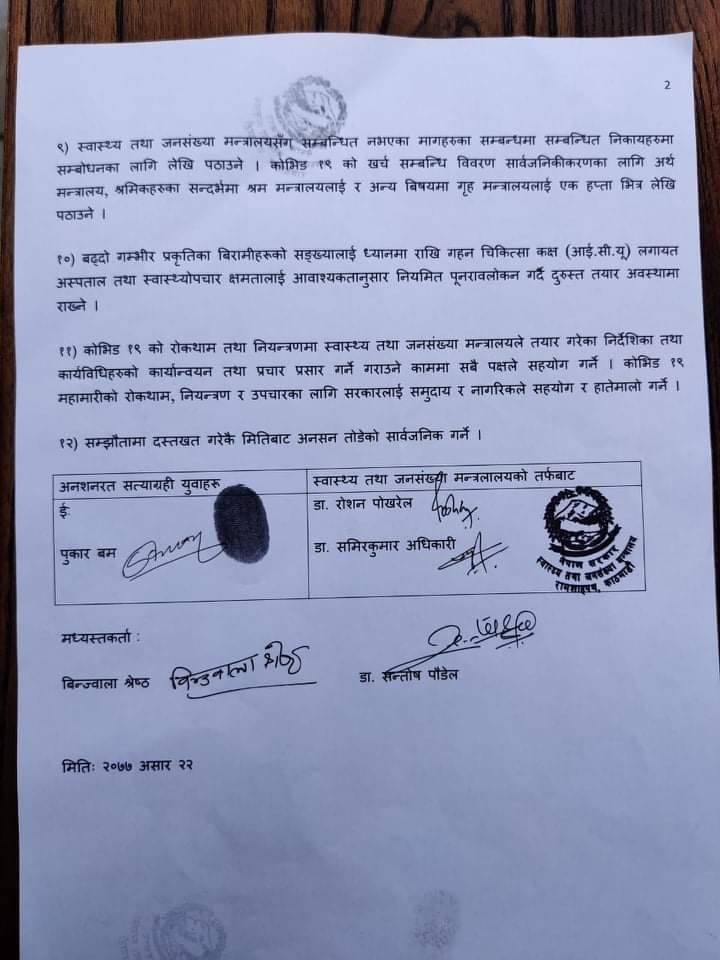 According to the agreement between the government and representatives of the campaign, RDT will be stopped, and PCR testing will be made available for those at risk.

Likewise, all the people in quarantine facilities will be tested through the PCR method, and will be sent home only after the test report is negative.

Inspired by Dr KC, Bam says he is ready to die for the people

KATHMANDU, July 5: It has been 10 days since Pukar Bam, 32, last ate and drank something. When Republica reached HAMS... Read More...