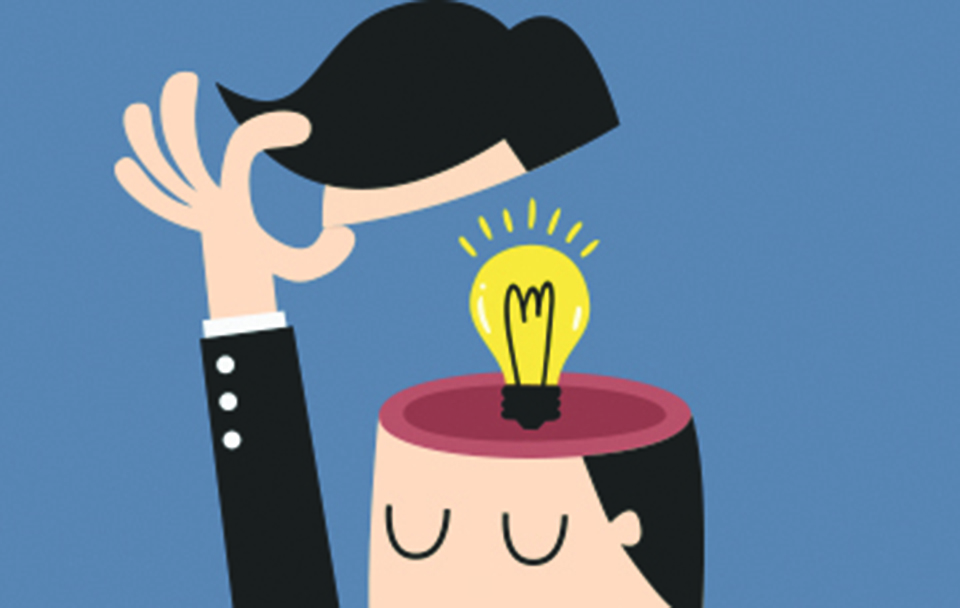 In lack of specific Geographical Indication law, Nepal could even lose its sovereign rights over the products which have their origin in Nepal

When you buy a piece of land, you acquire its ownership and possession. You have the right to use it and to exclude others from using, selling, gifting or exchanging it. You have the right to cultivate or build a house on it. The same right is established on intellectual properties if your intellect gives birth to products of social use.

Thus one objective of Nepal ought to be to protect and promote a robust intellectual property rights (IPR) regime for the Himalayan republic deserves to build its capability for innovation, realize its research potentials and take its rightful place in global arena. Securing a place in a global market is a difficult task but lack of respect and recognition for IPR makes the task even more complicated.

Prohibiting unauthorized persons from misusing GI will protect the consumers from deception, contribute to the economic prosperity of the producers of such goods and also promote goods bearing GI in the global markets. But Nepal does not have a special legislation to govern geographical indications of goods which could sufficiently protect interests of producers of such goods.

The GI law can protect various Nepali products, including ‘Sell Roti’, ‘Gundruk’, Jhapa Tea, ‘Dar of Teej’, ‘Pashmina shawls,’ ‘Thakuwa’, ‘Bhuswa’, ‘Pidukiya’, ‘Janakpuriya Dahi’, or  Janakpuriya Lassi’ or Janakpuriya fish. In doing so, the state could extend the protection to GI not only for agricultural products but also for manufactured goods. The GI law covers wide range of industrial, agricultural, horticulture and other products. But in lack of specific GI regulatory regime, it will be difficult for Nepal to claim exclusive GI on Nepali products nationally and internationally.  Nepal could even lose its sovereign rights over certain products which have their origin in Nepal.

The delay in adopting and enacting such legislation will be costly for Nepal because of intentional or unintentional theft of Nepal’s intellectual properties. India could strongly secure GI of the products that originate from both India and Nepal. It seems India has started this process. It has started claiming Mithila paintings, which have origin in Janakpur, as its own. Recently, India named Mithila painting as ‘Madhuwani Painting.’ This is a dishonest act. Like Dhanusha, Madhuwani is a Maithili speaking belt in the Indian state of Bihar. Also Janakpur is the capital city and center of ancient Mithila from where Maithili literature and culture evolved. How can India put a claim on Mithila paintings?

This has happened with the texts of Hindu philosophies as well. The major Hindu philosophies, including Samkhya, Vaisheshika, Mimasa and Nyaya, actually evolved from the holy soil of Mithila region of Nepal’s Tarai. But India has already claimed its right on them. This is another setback for Nepal.

India has accorded GI protection to more than 325 products, including West Bengal and Orissa’s Rasogulla (Rasbhari), Teerupati’s Laddu and varieties of mangoes. The first product to receive GI tag was Darjeeling Tea in 2004.

Sadly, Nepali lawmakers do not seem to be even aware of this need. They need to bear in mind that GI represents a common heritage of community of producers in the geographical region or locality whose products share the same qualities and characteristics.

Unless Nepal provides intellectual property protection, it cannot obtain the identical protection for her own goods on foreign countries which have GI laws in place. Interestingly, Article 22-24 of Trade Related Aspects of the Intellectual Property Rights (TRIPS) cast an obligation on the signatory states of the World Trade Organization (WTO) to provide the GI protection to the products that may include agricultural, natural, or manufactured goods or any goods of handicraft or of industry or foodstuffs. Nepal is a member state of WTO. It should go for seeking GI protection of its products. And it can.

A simple solution could be to adopt the practices prevalent in the countries where conditions are much similar to ours. For instance, India has established different boards for protecting and promoting different products. Indian Tea Board was constituted to develop markets for varieties of tea, especially Darjeeling tea. The Board has the responsibility to protect the rights of the tea growers that come under GI schemes.

That said, enacting and implementing a law might take longer time. Thus, meanwhile, Nepal can establish a mechanism to look after the GI issues and secure GI rights on the products which originate from Nepal or which are manufactured here.

If we can secure our produces through both practice and laws, it will serve people’s needs as well as secure our sovereign rights over our own products.

The author, formerly a lecturer at Kathmandu University School of Law, is currently a judicial officer cadet with Government of Nepal