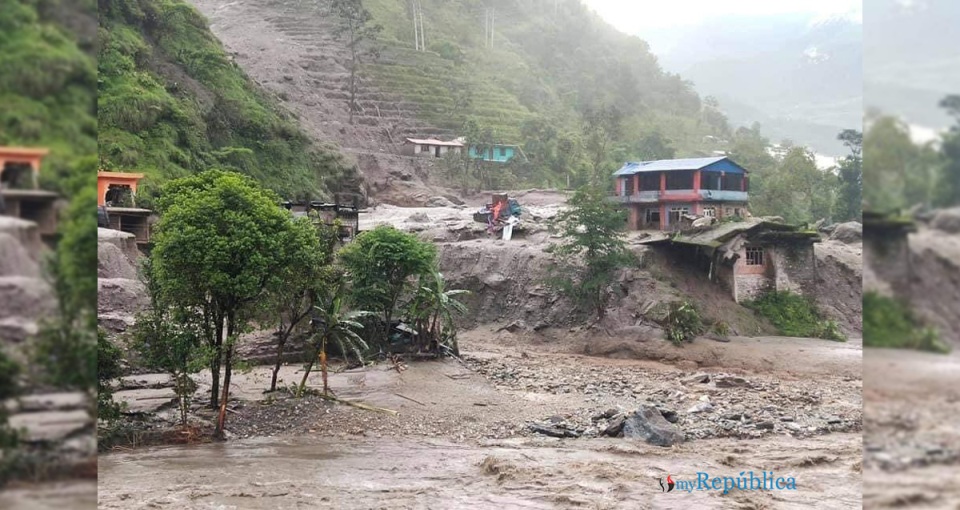 It's an undeniable fact that no country, however powerful or developed, has been able to develop total protection mechanism against disasters. The natural calamities like earthquakes, hurricanes, volcanic eruptions, epidemic, flood, or snowfall have been claiming the lives across the world. Still, a state can adopt every possible measure to minimize the loss.  But international cooperation, coordination and collaboration is crucial in disaster risk reduction and management.

Yokohama Strategy (1994) is the first world conference on natural disasters held from May 23 to 27, 1994. It adopted the Yokohama Strategy for a safer world. The UN General Assembly in 1994 endorsed guidelines for Natural Disaster Prevention, Preparedness and Mitigation and its Plan of Action. It was the outcome of the mid-term review of the International Decade of Natural Disaster Reduction (IDNDR) and established 10 principles for its strategy, a plan of action and a follow-up. The principles chiefly provide guidelines for natural disaster prevention and preparedness. These guidelines include risk assessment, disaster prevention and preparedness, dissemination of information relating to early warnings of impending disaster, sustainable development, environmental protection, poverty alleviation and strong political determination.

Undoubtedly, the disaster or epidemic law regime emboldens the people if the state adopts legal measures to minimize the risks caused by pandemic/disaster-like situations. Sustainable development and poverty alleviation with strong political commitment could act as catalyst for crisis preparedness and risk reduction mechanisms.

Disaster prevention, mitigation, preparedness and relief are four elements which contribute to and gain from the implementation of sustainable development policies. These elements, along with environmental protection and sustainable development, are closely interrelated. Therefore, nations should incorporate them in their development plans and ensure efficient follow-up measures at the community, national, sub-regional, and international levels.

Sustainable economic growth and sustainable development cannot be achieved without adequate measures to reduce disaster losses. The Rio Declarationstresses the need for the international community to assist states afflicted by natural disasters and other emergencies that are likely to produce sudden harmful effects in the environment of those states.

However, the lockdown, closure of vehicular movement and industries or other preventive measures to contain the spread of deadly virus has caused a positive impact on the environment. But lockdown is the last resort the states should take to prevent the spread of transmission.

The second world conference—Hyogo Framework of Action (HFA) (2005-2015)—on disaster risk reduction was held in Kobe, Hyogo, Japan from 18 to 22 January 2005. National Position Paper on Disaster Risk Reduction and Management Nepal (2018) published by the government of Nepal says that the HFA hasendorsed the goals and five priorities for action between 2005 and 2015. Integration of disaster risk reduction into sustainable development, strengthening of institutions to build resilience to hazards and emergency preparedness, and response and recovery programs are major goals of HFA.

Responsibility of the state

While the COVID-19 outbreak and its deadly impacts are on the rise, the states could adopt a unanimous disaster/pandemic risk governance system that enables disaster preparedness and risk reduction mechanisms. Moreover, there should be laws in place to guarantee fair compensation to the vulnerable citizens and business enterprises. After all, a welfare state cannot behave like a silent spectator at a time when its natural or juristic persons are suffering from crisis or health emergency-like situations.

All these goals aim to achieve sustainable development and sustainable future. Nepal deserves international cooperation to expedite the fight against Covid-19. We don't have to become the victims of the pandemic that supposedly started in the developed world.

In 2016, India released the country’s first ever National Disaster Management Plan, a document based on the global blueprint for reducing disaster losses, the Sendai Framework for Disaster Risk Reduction. The government of Nepal too has prepared Disaster Risk Reduction National Strategic Action Plan (NSAP) (2018-2030) in pursuance of the four priorities of the SFDRR.

Nepal has prepared and implemented a fifteen-year Sustainable Development Agenda with priority on disaster risk management (DRM). In India, NITI Aayog has been assigned the role of overseeing the implementation of SDGs. National Disaster Management Plan prepared by the government of India also seeks to give effect to SDGs.

Thus both India and Nepal have expressed stellar commitment to fight the disasters at national as well as international levels. Both the countries have formulated adequate laws in line with the international obligation too. What they need is to consolidate efforts in disaster risk reduction as the state has an obligatory legal mandate to address the human needs during the disaster or health emergency-like situations.

Jeremy Bentham, scholar of utilitarianism, says the end of legislation is the "greatest happiness of the greatest number."  This is something Nepal and India need to care about.

The author, formerly a Lecturer of Law at Kathmandu University School of Law, is currently Judicial Officer with Birgunj High Court

GENEVA, Oct 12: There has been a dramatic increase in extreme weather events in the past 20 years, which are... Read More...

KATHMANDU, July 21: Constraint of resources and lack of planning continue to hit the rescue, relief and rehabilitation works as... Read More...