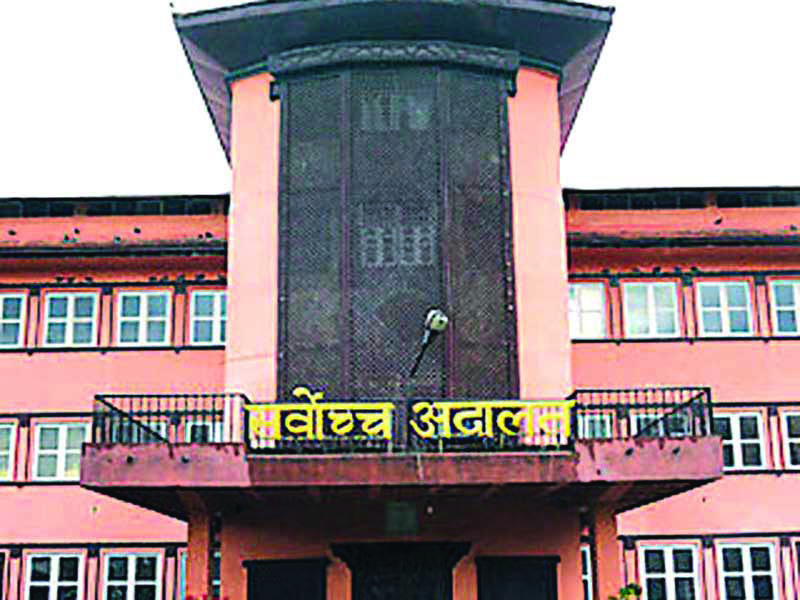 The government is planning to double existing number of judges in Nepal’s courts by amending the constitution. Does it have to? How many judges does the country need at the moment?

Workloads in Nepal’s courts—Supreme Court, appellate courts, high courts and district courts—have been rising in recent days. With the enactment of new laws—Muluki Civil Code and Muluki Criminal Code—and several new acts guaranteeing the rights of people in line with the fundamental rights guaranteed in the constitution, workloads in courts are increasing every other day. So how many judges Nepal needs?

Rural Municipality and Municipalities failed to properly exercise judicial powers as enshrined in the constitution. Their wrong judgments have also added to the burden of the courts. Provinces have conflict with each other, including with the federal government. This will also add to the workloads of the courts.

In this context, political leaders and legal experts are planning to increase the number of judges in three-tier of judiciary in the country. And it seems justified as well.

Available records show cases are increasing annually. A rapid number of cases were registered in the outgoing fiscal year in Supreme Court and the same ratio of increment was seen in various High Courts and District Courts. Though the Supreme Court settled 10,203 cases last fiscal year, total of 23,507 cases remain pending. Total of 14,223 cases were registered in the apex court between July 17, 2018 and July 17, 2019. It is beyond the capacity of current number of judges to settle them all on time.

So here is the difficulty. Cases are increasing day by day but our courts do not have the human resources in the same ratio.

There are 160 judges in High Courts and their benches in seven provinces to tackle the appeal filed by challenging district court verdicts and original jurisdiction on various writs. Total of 240 judges are working in 77 District Courts to tackle more than 1, 50,000 cases being registered annually across the country. And the Supreme Court has been dealing with original jurisdiction on thousands of writ petitions, thousands of appeals, review and revisions on the lower courts’ decisions.

Workload has sharply increased in District Courts which means that workload of higher courts will automatically increase. Increasing financial transaction and rising awareness among people about their rights have enabled them to knock the doors of the courts for justice.

So the government is planning to double existing number of judges by amending the constitution. Law Minister Bhanubhakta Dhakal has already forwarded the proposal to this effect. Chief Justice Cholendra SJB Rana has also been working for increasing the number of judges in the Constitutional Bench which may also require for increasing the number of judges in the Supreme Court. Article 129 of the constitution has provision for 21 justices in the Supreme Court including Chief Justice but this number is not sufficient to tackle the rising workload.

The recently adopted fourth five-year-long strategic plan of the judiciary has also underlined the need for adding sufficient number of human resources including the number of judges to deal with the pending cases.

Nine justices are serving in the Supreme Court of the US in order to deal with the cases forwarded by 330 million population but rarely cases reach the federal Supreme Court because most state supreme courts settle the cases and only seriously complicated and constitutional matters reach the Federal Supreme Court. High court of each state is active in adjudication process and each State Supreme Court has five to nine judges and the civil and criminal judicators may cross 2000 judges in the district courts.

Obviously, we need more judges for when the population increases the workloads of the courts rise in any country. But quality of justice can be improved by bringing reforms in case management, cause-list management, amendment to procedural laws to stop petty cases registration in highest judiciary and so on. Delegating powers to the lower courts, amending procedural laws blocking the petty cases registration in the Supreme Court and ensuring that people can get justice from the lower courts as well can help.

For this, however, Nepal needs effective reform in appointment of judges, amendment of laws and management of cases.  It is a difficult task balancing access to justice and judiciary management. But there is no other option.

The author is a law practitioner