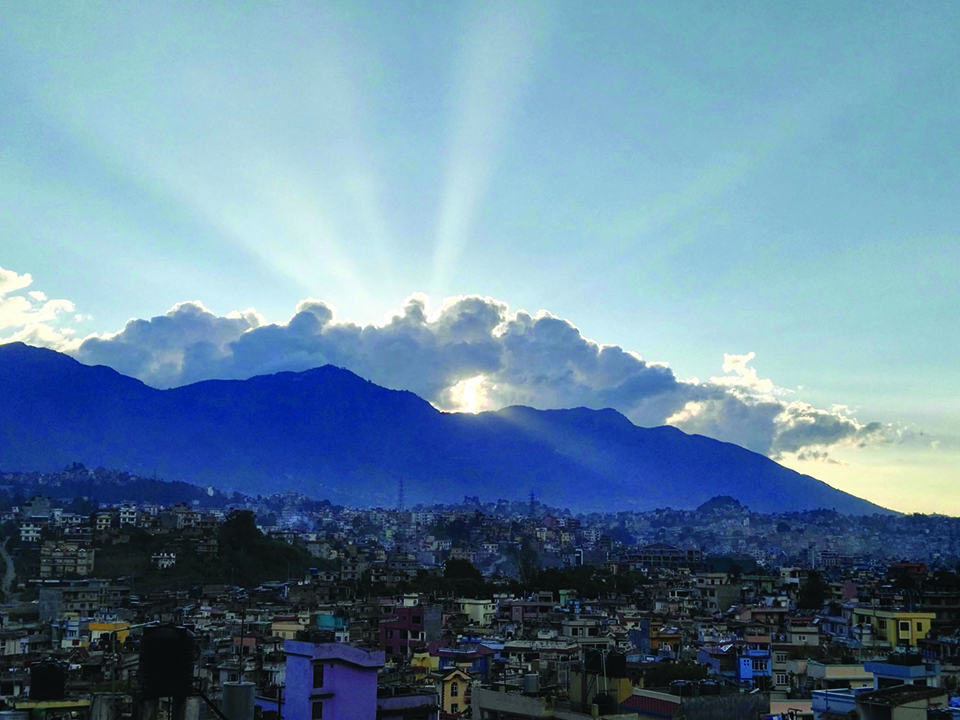 With a two-third majority, Chief Ministers on their knees in every state and constitutional protection, Singh Durbar is ready for Oli soliloquy. Go grab a garland, here cometh another strongman

Centralization of all authority in the office of the Prime Minister goes against the fundamental tenet of the parliamentary system where a Premier is the leader of the Legislature but functions merely as the ‘first among equals’ in the Council of Ministers. Cabinet members are collectively responsible and individually answerable to the parliament.

Outside of general policy guidelines of the ruling party or coalition, the authority of a Premier is primarily moral. A Premier can be suggestive but cannot dictate terms about how ministries outside of her direct control should be run. The idea of an autonomous agency of the National Security Advisor under the Prime Minister is practical only if such an arrangement can be kept in a purely consultative role.

It seems that the ruling coalition of lapsed Leninists, spiky Stalinists and guerrilla commanders that have succeeded beyond their own imagination in marketing the Maoist insurgency for their own pelf are bent upon introducing a proto-presidential system of governance in the country in a roundabout manner. Once they become a single party of Ximians wedded to the political ideology of the likely lifetime chief executive of the most manipulative world power of the twenty-first century so far, the possibility of emergence of dominant party system in Nepal is quite high.

Strange as it may sound, legitimate authoritarianism is often the norm rather than the exception in initial phases of democratization. The Liberal Democratic Party of Japan steered the country almost unchallenged for nearly half a century. Federal system manages to take away some of its sting, but the Indian democracy has functioned more or less on the dominant party pattern first under the Indian National Congress and then swaying further to the right with Bhartiya Janata Party at the helms. Lee Kuan Yew and Mahathir Mohamad turned the necessity of stabilizing their countries into virtue by labelling authoritarian regimes as exemplars of Asian Values.

There is indeed some strength in assumptions of Lee and Mahathir duo. In societies that put more value upon stability than dynamism and are ready to sacrifice liberty for the perception of security, the prospect of a horseman of history holding the reins of state has strong political appeal. Authoritarian impulses also triumph in times of uncertainty when people are yearning for order and hierarchy rather than the flux of freedom and equitability.
There is a prototype that democratic politicians with authoritarian ambitions follow. Since seemingly free, fair and periodic elections are sine qua non of democracy, a lot of effort is made to pamper the electorate. Despite arguments of political rationalists, chauvinistic slogans are more powerful in swaying voters. In the republican ideal, sweat and tears of citizens signify patriotism of the people. The notion of nationalism, however, is based upon what has been called “God-ordained organic cultural differences” between etho-nations that create in-groups and out-groups. Demagogues practice politics of polarization and reap majoritarian harvest by preying upon fears of the majority ‘nation’ within a state.
Pure majoritarianism, however, carries the risk of potential challengers emerging from the same in-group with even shriller slogans. It’s a practical necessity to co-opt some out-group politicos to keep the flock in line and maintain a facade of inclusion. Fiercer the competition between seemingly sectarian aspirants, stronger is the authoritarian leader at the helms of a democratic regime that manages to appear accommodative. Appropriation of opposition is often one of the most effective political tools at the command of all authoritarian democrats.

Management of information has always been an integral part of canvassing support, retaining adherents and handling critics. Dictators have little time or patience for the opposition. They consider their antagonists as law and order problem and deal with them in appropriate manner. Under totalitarian regimes, dissenters are treated as enemies and silenced without any compunction.  Authoritarian rulers are more circumspect: They prefer to kill their critics with kindness. Independent institutions are allowed to function as long as they self-regulate to protect and promote ‘national interests’ that are defined to be in line with interests of the ruler. The media is free to sing paeans of praise and advised to draw sacrosanct lines around their freedom all by themselves.

Clientelism is defined as a social order that depends upon relations of patronage. It flourishes under conditions of economic inequality, cultural heterogeneity and political uncertainty. Inequality breeds fear and greed, which makes the poor look for likely benefactors. Heterogeneity causes insecurity and possible protectors from the dominant community are in high demand. Uncertainty increases risks of ideological fidelity. Sycophancy then replaces constituency service as the best strategy for those with ambitions of acquiring office. A network of patron-client relationships helps an authoritarian leader appear like an indispensable capstone.

Political scientists hold that states that are unable to keep its side of the written or unwritten contract with citizens of guaranteeing security of person and property, providing of basic health services and education, creating equitable economic opportunities, ensuring good governance, maintaining law and order and building adequate fundamental infrastructure such as transport and communication are only nominally sovereign. Such states exercise their sovereignty as a right rather than responsibility, which makes them vulnerable to geopolitical games of the international community.

Once the competition of propping up dictators in client countries ended with the disintegration of Soviet Union at the conclusion of Cold War, democratization suddenly got a spurt for a while. However, triumph of globalization has made the Beijing Consensus appear much more glamorous. In what has been called the exercise of the Chinese Sharp Power, there is no love lost between ideologies of developmentalism and democracy. In societies desirous of riding the Chinese railway to riches, authoritarian leaders that hawk stability and prosperity hold much more appeal than politicos promising democracy and liberty.

Born out of the 16-Point Conspiracy that was signed at the height of Gorkha Earthquakes to protect the PEON (Permanent Establishment of Nepal) primacy and HAMNS (Hindu, Aryan, Male, Nepali-Speakers) hegemony in the country, the Constitution of Nepal, 2015 is a quintessentially conservative statute that aims to foster conformism among citizens. It’s tailor-made for authoritarian adventures.

Seemingly free and fair elections have succeeded in thrashing all opposition of the ethno-nationalist coalition at every level of government. The quip often attributed to Joseph Stalin—“It’s not the people who vote, it’s the people who count the votes that count”—may be apocryphal, but fundamental assumptions of the statement are politically sound. It’s not clear whether the PEON facilitated the political marriage of convenience between Khadga Prasad Sharma Oli and Pushpa Kamal Dahal or it was the Oli-Dahal duo that offered themselves as flag bearers of HAMNS hegemony, but they seem to cohere with each other in a complementary manner. With the PEON on its side, it was impossible for the Oli-Dahal not to hold sway upon the electorate.

Since loyal Oliars of the HAMNS ethno-nationalism man the gates, Premier Oli has the media eating out of his hands. The same holds true for what is courteously called the civil society. The White Shirts, modelled after the Yellow Shirts of Thailand, are unapologetically reactionary and hold the hoi polloi of Madheshi, Janjati and Dalit variety in utter contempt. The Communist Party of Nepal (UML) has a tight grip over DINGO (Donor-inspired NGOs), GONGO (Government-organised NGOs), MONGO (My own NGO of professional entrepreneurs) and FLAMINGO (Flashy-minded NGOs with fashionable agendas) through its front and fraternal organizations. They are extremely unlikely to stand for human rights, social justice and fundamental freedoms as long as their monopoly over the Fifth Estate remain unchallenged. By bringing the monitoring of NGOs under the cabinet secretariat, Premier Oli is all set to guarantee an oligopolistic turf.

Competent Oliars of UML are past masters at playing patron-client game on a ground prepared by commercial cartels, service syndicates and trading consortiums under their influence. There may be a slight exaggeration in the statement, but it’s widely believed that nobody can survive in thriving health, education and banking businesses of Nepal without swearing allegiance to Oliological apparatchiks.

Last but not the least, the Belt and Road (BAR) funding and Beijing Consensus require a level of stability that only an authoritarian regime can guarantee. With a two-thirds majority at the center, Chief Ministers on their knees in every state and an iron-clad constitutional protection against no-confidence motion for at least two years, the set in Singh Durbar is ready for Oli soliloquy. Go grab a garland, here cometh another strongman.

Twinkle Khanna is all set to make her comeback to Bollywood but there’s a catch. The actress-turned-author is all set... Read More...