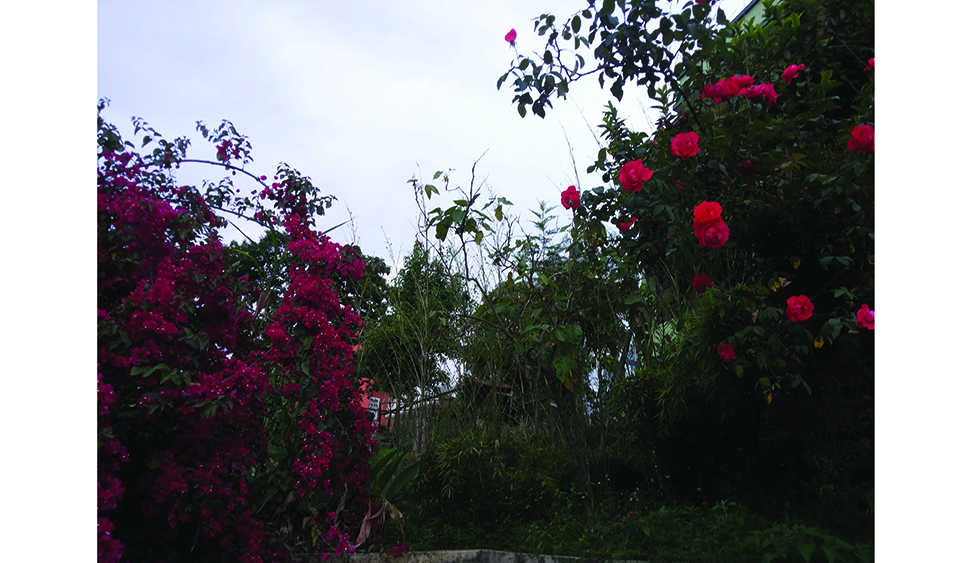 Lenin once exclaimed: There are decades when nothing happens and then there are weeks when decades happen. Such were the weeks of spring in May 2008 that everything had looked possible

When history swings, amplitude of the pendulum is seldom the same. The first decade of the twenty-first century in Nepal started a year late on June 1, 2001 with the cataclysmic Narayanhiti Massacre. It ended with the abolition of monarchy and the declaration of Nepal as a federal democratic republic. The pronouncement of the first and the most inclusive Constituent Assembly in the history of the country wasn’t without the legitimation of opposition: Out of 564 members participating in the motion, four had voted against the resolution.

The Short Decade (2001-2008) was remarkable for various other reasons. The armed conflict had ended with the signing of Comprehensive Peace Agreement. The UNMIN was invited to oversee its implementation. The doctrines of proportionate inclusion and political representation based on population were accepted as guiding principles of restructuring the state.

In seven short years, the State of Nepal did—or promised to do—more to ensure social justice than it had done since its founding almost two centuries ago. Correctly had Lenin exclaimed: There are decades when nothing happens and then there are weeks when decades happen. Indeed, such were the weeks of spring in May 2008 that everything had looked possible.

Unfortunately, the dream started to unravel as the PEON began to assert itself. Within a year, when the Head of Government fired the army chief for gross insubordination, the Head of State restored the dismissed official to his post through midnight missives. The Long Decade (2009-?) of political reversal had set in. The rightward drift had continued ever since in a slow but steady pace.

Looking back, it appears strange that none of the frogs in the political pot realized that the temperature of water in which they were frolicking had begun to be raised. Even Madhesis, one of the possible beneficiaries of its activities, endorsed the decision to expel UNMIN. Some of the White Shirts of urban bourgeoisie in various Astroturf Movements of 2010-2011 may have had unexceptionable intentions, but they walked into the HAMNS (Hindu, Aryan, Male, Nepali-Speakers) trap shouting slogans of peace and harmony that regressive forces had skillfully scripted for them.

The anti-diversity and pro-uniformity forces tasted blood when the Supreme Court ruled against the sovereign right of the Constituent Assembly to extend its term of existence for as long as it needed to formulate a fresh statute.

The operative part of the order of the Supreme Court that it passed on November 25, 2011 reinforced the dubious ‘Doctrine of Necessity’ that continues to resonate in Pakistan and Nepal to this date. It asked the respondents, “… to conduct or have conducted necessary activities and make required arrangement either for conducting referendum under Article 157 or for holding election of the fresh Constituent Assembly or any other arrangements as provided in the constitution.”

The slippery slope of political necessity leads straight into the pit of expediency. The Chief Justice, purportedly the custodian of constitutionality, became the head of extra-constitutional government to conduct fresh elections with the help of the army. Anything is possible in the homeland of Mt Everest, Lord Buddha, Goddess Kumari, illusive Yeti and simulative Yarsagumba.

Results were predictable. The anti-republic politicos and castaways of the first Constituent Assembly elections such as Sushil Koirala and Khadga Prasad Sharma Oli emerged as real winners. The CA II reneged and dumped deeply debated issues of CA I into the wastepaper basket.

History swung further to the right when the PEON mobilized all its resources to institutionalize the oligarchy through a rushed statute in the middle of Gorkha Earthquakes. The dolt, the dullard and the dumbo of Nepali Congress impressed upon the dotard at the helms of the party that it was his chance to get into history books. Goaded by the cabal of xenophobic chauvinists, Sushil Koirala signed the death warrant of the party his cousins had so assiduously built over the decades.

If it weren’t for the principled decision of the court, federalism would have become the first casualty of 16-Point Conspiracy. However, nobody could stop conspirators of the HAMNS from undermining the very essence of federalism. The snake-path delineation of provincial boundaries respects neither the question of identity nor it honors the principle of equitable resource distribution. The wine-glass model has so disempowered the State that it seems to exist only to take all the blame whenever the federal government fails to deliver.

The UML was more than willing to be the flag-bearer of the PEON hegemony. Despite the presence of few lightweight lawyers from other parties, the tone, tenor and the timing of Draft Constitution had the Oliological imprint of ethnonationalism and xenophobia all over it. Little wonder, Supremo Sharma Oli emerged as the ethnonational Chieftain of the constitutionally-created but oxymoronic Khas-Arya category.

There is a reason the Third Madhes Uprising fell to the ground with a thud despite being the largest-ever peaceful protest movement in the history of the country. In order to succeed, a political movement needs to have the support of at least the progressive section of the ruling elite. However, the demagogic appeal of ethnonationalism is so strong that it erases all other differences of class, caste, gender and subordinate ethnicities.

It was the coup by courts that had charted the course of regression. As its primary beneficiary, the bureaucracy stood solidly behind the project of strengthening ethnonationalism. Security forces, by their very nature, detest diversity and love uniformity. Unlike other Hindu societies, Bahuns of Nepal are also its Baniyas and direct all commercial activities through their control over financial instruments and banking businesses.

In the Black September of 2015, the political operation conducted in the CA Hall of Baneshwar was spectacularly successful even as the patient—the dream of building a truly federal, proportionately inclusive, justly representative, socially diverse and economically progressive New Nepal—died a slow and painful death. With the full-control over military, mandarins, moneybags, musclemen and the media, the PEON got a statute of its liking.

Howsoever powerful they may be, domestic actors are never alone in influencing the swing of history. Without the wealthy priests, wayward mendicants and greedy merchants of Kashi backing his Asali Hindusthana project, King Prithvi would have probably languished in the neighborhood of Gorkha forever. Had it not been for the tacit support of the East India Company, Jang Bahadur Kunwar might have had to perish in a counter-coup. There is a reason the chill of the Long Decade began so soon after sporadic springs of the Short Decade.

At least since the rise of Jang through the Kot Massacre and subsequent elite cleansing in 1846, the British had maintained a firm grip over events in Nepal. Despite New Delhi’s strenuous effort and pompous pretentions, it failed to oust Western influence from the Kathmandu court even as the reins of control passed from London to Washington after World War II. Indians deservedly get the flak as agents of micro-management, but they are at best secondary players.

After the global financial crisis of 2008-2009, the strategists of USA perhaps saw some merit in giving freehand to Indians in the affairs of Nepal. They had too many other problems to deal with in South Asia itself. The ‘Coalition of the Coerced’—the Bushism of ‘Coalition of the Willing’ was a clear divertissement—in Afghanistan had begun to weaken and the specter of another Vietnam in Central Asia must have terrified US strategists.

The Chinese had begun to flex their financial muscle in geostrategic spheres. Indians had a role in mainstreaming Maoists; they played an even more important role their marginalization. The Chinese were unhappy with UNMIN in Tibet’s backyard. Beijing rejoiced when Washington kept quite as New Delhi maneuvered to kick the mission out of Kathmandu. Indians probably believed that they were having a free play. They were mistaken. Geostrategic influence loses its efficacy the moment it’s shared. Once CA II was formed, New Delhi was out of the ring in Kathmandu.

The PEON sneered as Narendra Modi spouted developmental doggerels from the podium of the CA II and ignored him altogether by taking Chinese and American interlocutors on board in devising the 16-Point Conspiracy. Madhesis became the biggest losers in the game without being a significant player.

The meaningless breast-beating of the media about corruption of the Oliological regime is a pathetic drama. Most ethnonational regimes are either oligarchic or kleptocratic, if not both. Since opposition to the ethnonational regime can easily be dismissed as ‘anti-national’, the risk of internal factors affecting the stability of the Oligarchy is next to nil. Only hope on the horizon is the pendulum of history swinging back again. Meanwhile, the subalterns have no option but to endure the Long Decade for as long as it lasts.

Rules of the road

We literally share our lives with plastic. Most of us still do not realize how bad and dangerous this could... Read More...