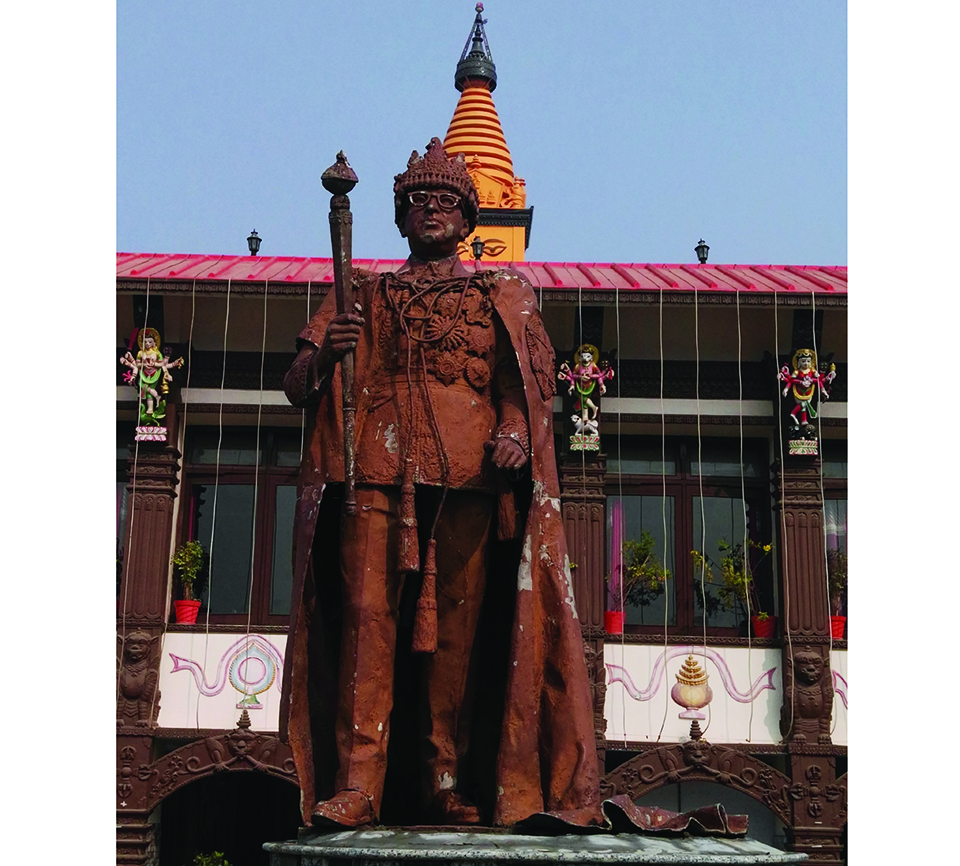 In a country burdened by ethno-nationalism, self-destructive jingoism and hubristic self-importance, the politics of prosperity is merely a façade to decorate existing power structure

Now that the Nepal Investment Summit 2019 is over, commoners have heaved a sigh of relief. Fewer VIP movements in the city will imply lesser risks of road accidents and shorter traffic hold-ups. Custodians of Nepali culture and society should be happy that only vin de table of white and red variety made it to the goblets of participants and the aroma of proselytizing ‘holy wine’ was missing from the conclave. Purity of Asali Hindusthana—a concept so dear to the keepers of tradition across party lines in Nepal—remains inviolate.

It is possible that they were not invited to the party, but Venezuelan investors were conspicuous by their absence. The Kim Dynasty of North Korea could have dispatched some loyal officials to the event of kindred spirit. The Nepali media didn’t report about their presence or otherwise. The Chinese did send some state companies to smell the air and report about possibilities of making windfall profits, but even their participation seemed to have been rather low key.

The presence of Burmese and Sudanese representatives made the gathering appear truly international. If only the top brass of Tatmadaw could move some of their savings from Singapore to Kathmandu! Though much of the oil wealth has gone to South Sudan, Khartoum continues to benefit from war economy and some of its recipients are in a position to channel their earnings into little known economies of Asia. They added luster to the annual investment bazaar in Kathmandu.

The NCP Double must be relieved that capitalists, colonialists, imperialist and exploiters of the Western world chose not to pay too much attention to the jamboree that the regime hosted to show that it was open for business. Serious investors know that nothing ever moves in Kathmandu without a lion’s share of any enterprise going to the high and mighty of the ruling oligarchy. Indians have learnt to handle that reality.

There is a reason that the only color of real money seen at the capitalists’ carnival was that of the Indian Rupee. However, even that didn’t come from trading tycoons of Gujarat, industrial magnets of Maharashtra or tech-savvy entrepreneurs of Karnataka but from moneylenders of communist-ruled Kerala. Little wonder, recipient of the Malayali money sang paeans in praise of Supremo Khadga Prasad Sharma Oli. Hero-worship is intrinsic to communist and fascist ideologies and smart investors know which tune to play to please the master.

With the optics over, now it’s time to get down to the brass tacks and see if it’s possible to make some real investors take interest in the economy. First thing first, no matter what the rulers have been telling to generations of gullible Nepalis, the country is not ‘sunko tukra’ or an uncut lump of precious stone. Squeezed between Chad and Mali, Nepal continues to remain high on the list of poorest countries of the world because it is resource-poor in material as well as human terms.

Global investors judge a destination by the competitive advantage that a place has to offer. They are seldom interested in projects with long gestation period. It’s more profitable to hire skilled hands when one opens for business than to invest in training labor. The primary motive of a business is profit, not philanthropy. Unfortunately, Nepal has little incentive for profit-seekers that aren’t fly-by-night operators. The country is the property of the PEON and like every oligarchic kleptocracy everywhere, it wants investors to work for the benefit of the ruling elite, which few willingly do anywhere.

Though it may appear unrelated to the climate of business operations, ongoing controversy over citizenship is symptomatic of the ‘country as the property’ syndrome afflicting most chauvinistic societies. Chauvinism is the patriotism of the defeated and the weak and patriarchy is inherent to the exclusivist ideology.

Freudian slip in the choice of oxymoronic portmanteau ‘Khas-Arya’ to create the identity of the dominant ethnicity is unmistakable. The term Khas stands for tribal fixation with in-group solidarity while fascistic fascination of out-group elimination is unambiguous in the Arya expression. The mono-ethnic identity that the neo-elite of the republican Nepal have accepted with jingoistic passion is antagonistic to the very idea of civic citizenship.

Two theories of belongingness continue to dominate citizenship discourse. The archaic rule that a child’s identity is determined by one or both of its parents’ citizenship, the so-called jus sanguinis dictum is still widely prevalent. Republicans subscribe to the idea of jus soli which is founded on the belief that the place of its birth is the primary determinant of nationality. There is a third view that vies for influence in traditionalist societies and has seen irrational resurgence in recent years.

For the Trumpards, the USA isn’t a federal state with a written constitution, a republican government, independent institutions, and supremacy of laws. The first modern republic is being imagined instead as a celestial body that exists independent of its people and that white supremacists of immigrants’ stock have come to claim as their own.

Brexiters unashamedly thunder that they need to take their country back from those that don’t subscribe to their worldview and have traditions and a way of life different from those of the dominant ethno-nationality. Even liberal Israelis believe that their country is the ‘national homeland of Jews’ from everywhere. Unlike blood and soil hypotheses, belongingness in the jus pura category is based on the imagination of racial purity, ethno-national superiority, social belligerence and the concept has a hoary history.

After philosopher Johann Gottfried Herder, the idea of volksgeist or folk character came to be defined as the innate trait of a ‘true German’ which could never be acquired by anyone not born as such. The nihonjinron in Japan is similarly an idea that assumes intrinsic homogeneity and inherent uniformity of Japanese society with no place for ethnic diversity.

Usurpers as they were, Ranas were highly impressed by the ideology of uniqueness and asked their courtiers that the imagination of ‘the country as the family property’, Arjeko Muluk in the phraseology of revisionist historians, be based on something similar to volksgeist and nihonjinron. Xenophobia comes with all exclusivist ideologies of identity and fear and prejudice have remained the defining characteristic of Nepali nationalism throughout its history. When megalophobia—fear of the large Indian landmass ‘submerging’ Nepal—is added to xenophobia, it becomes a lethal combination.

In a country burdened by incessant bigotry, irrational ethno-nationalism, self-destructive jingoism and hubristic self-importance, the politics of prosperity is merely a façade to decorate existing power structure. The PEON loves the poverty of Nepal so much that it’s highly content in giving continuity to the status quo for as long as it can.

Anthropologist Dor Bahadur Bista had optimistically prophesied that the empowerment of Janjati will lead to the liberation of Nepal from the clutches of stifling Bahunism. He couldn’t have been more wrong in his assessment. Newars of the Nepal Valley have used the psychological tool of purposeful forgetting to get over the trauma of their humiliation at the hands of victorious Gorkhalis.

Magars were fed with the useful fiction that the Shah royals were their distant cousins. Janjatis of eastern Nepal were disempowered with the sword of Hindutva and the shield of highland myths. Somewhat like African-Americans of yore, the Tharu elite still suffers from Uncle Tom Syndrome and refuses to accept the reality that for the most Khas-Aryas of the country, they are merely lesser Madhesis.

Whether one likes it or not, Madhesis remain the only challenge to the hegemony of Khas-Arya ethno-nationalists. That could be the reason Industry Minister Matrika Yadav had to face dishonor in public in the same way as Vice President Paramand Jha or Deputy Prime Minister Bimalendra Nidhi had to endure in the past. The Dreyfus Affair exposed limitations of assimilative politics in France. Even after Barak Obama, the significance of the wrong skin color or different hair type hasn’t changed in the United States.

BP Koirala, the only former Prime Minister with the possible exception of Bhimsen Thapa to have been called an ‘anti-national element’ and a traitor, had lucidly enunciated the concept that nationality held little meaning to plebeians. The demagogues that peddle the fiction of a pristine past, polluted present and pure future of the proud nation should get into the habit of looking into a clean mirror every morning. As usual, Nepal has nothing to fear but its rapacious rulers.