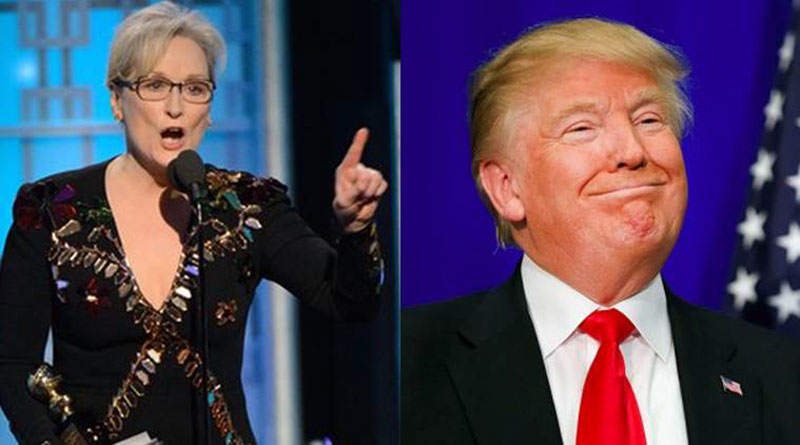 President-elect Donald Trump took to Twitter on Monday, calling Meryl Streep “one of the most over-rated actresses in Hollywood” following her speech on Sunday (January 8) night at the Golden Globes 2017.

Coincidentally, the last time Trump talked about Streep publicly was in 2015 when he called Streep one of his favorite actresses and a “fine person, too” in an interview to The Hollywood Reporter.

While “overrated” is an opinion, Streep, who took aim at Trump in her speech without naming him while accepting the Globes lifetime achievement award, holds the record for the most Academy Award nominations of any actor. She has earned 19 Oscar nominations and three wins, as well as a record 29 Golden Globe nominations and eight wins, and two Emmy Awards.

For better or worse, the president-elect’s social media feed is offering a daily glimpse into the interests, insecurities and insults that weigh on the next leader of the free world.

Trump and Streep, who spoke on behalf of Hillary Clinton at last year’s Democratic National Convention, are far apart on politics and have found themselves on opposite ends in Hollywood when it comes to honors. He has two Emmy nominations for the best outstanding reality competition. But he beat her to one award, a Golden Raspberry.

He won a worst supporting actor trophy in 1989, appearing opposite Bo Derek in the crime comedy “Ghosts Can’t Do It.”

Oscar-winner Meryl Streep has responded to the President Donald Trump’s recent labelling of her as “over-rated” following her Golden Globes... Read More...

With flowers and a gun salute, Japan bids farewell to slain Abe at state funeral
51 minutes ago