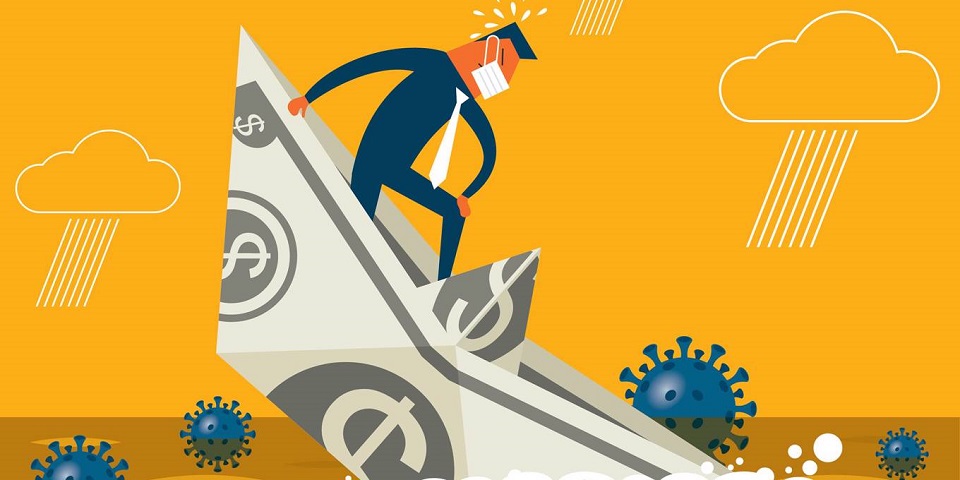 WASHINGTON, DC – The US federal debt-to-GDP ratio rose sharply during the 2008-09 Great Recession and continued rising thereafter, going from 62 percent in 2007 to 90 percent in 2010. By 2019, it had reached 106 percent, and the Congressional Budget Office was warning that the trust funds for Social Security and Medicare would be exhausted by 2028. Many economists argued that a debt-to-GDP ratio of 100 percent was already worryingly high, and that the future tax increases needed to reduce it would be massive.

Then came COVID-19. Faced with lockdowns and collapsing economic activity, governments around the world approved vast additional expenditures even though revenues were expected to decline. After projecting an annual fiscal deficit of $1 trillion before the pandemic, the CBO has raised its estimate of the deficit for fiscal year 2020 (which ends in September) by an additional $2.2 trillion, followed by an additional $0.6 trillion in 2021. According to the Committee for a Responsible Budget, this amounts to 17.9 percent of GDP in 2020, and to 9.9 percent in 2021. As things stand, the federal debt is expected to reach 108 percent of GDP by next year.

This means that in the space of just seven months, the US debt ratio has already exceeded the level accumulated during the two years of the Great Recession, and that doesn’t even account for additional spending bills that Congress has yet to pass. The consensus view is that these expenditures are justified, given the unprecedented, horrific circumstances of the pandemic. Nonetheless, policymakers must recognize that measures to reduce the deficit-to-GDP ratio will be urgently needed after the virus has been brought under control.

To be sure, some economists have argued that in this low-inflation, low-interest-rate environment, one shouldn’t worry about the size of the federal debt, the implication being that deficits should expand even more to finance infrastructure and other spending while borrowing costs are so low. But there is no guarantee that today’s financial conditions will continue indefinitely. On the contrary, if investors come to believe that the prospective increases in debt will require higher interest rates to induce people to hold it, they will not willingly purchase new debt (or even roll over existing debt) at the prevailing low rate.

In any advanced economy, the prospect that the government might not be able to roll over its debt to finance its expenditures is simply unacceptable. But while reducing current and prospective fiscal deficits (and even running a surplus) is the obvious solution to the problem, it also tends to be the most difficult to pull off politically.

This implies that there will be a strong temptation to reduce the debt through measures known as “financial repression.” Policymakers could try to cut the costs of debt service by capping the interest rates that financial institutions—including banks and pension and insurance funds—are allowed to pay.

An interest-rate ceiling enables governments to sell and roll over government bonds at lower interest rates than they otherwise could, because savers cannot obtain better returns elsewhere. Governments have even put such caps on the interest that lenders can charge, resulting in credit rationing across potential borrowers.

When used in the past, financial repression has worked, reducing the US debt-to-GDP ratio after World War II from 116 percent in 1945 to 66.2 percent in 1955 (and further thereafter). Moreover, Carmen M. Reinhart, now the World Bank’s Chief Economist, and Maria Belen Sbrancia of the International Monetary Fund have estimated that between 1946 and 1955, the US liquidated debt amounting to 5.7 percent of GDP per year through financial repression.

This gradual reduction came about because interest-rate ceilings were lower than the rate of inflation, resulting in a negative real return to creditors during this period. Reinhart and Sbrancia estimate that if real interest rates had been positive, US federal debt in 1955 would have stood at 141.4 percent of GDP. That 75-point difference reflects the amount by which government debt would have increased had the government not resorted to financial repression, all else being equal.

Still, analysts since then have concluded, more or less unanimously, that financial repression reduced GDP growth and was harmful to the economy. Financial repression diverts private savings from private investment toward government securities—usually accompanied by rising inflation because of excess demand at the controlled interest rate. For these reasons, it is almost always accompanied by relatively slower growth. Only in the 1980s were interest rates permitted to be determined by markets.

While a large fiscal deficit may be warranted because of the pandemic, politicians and the public should know that a dangerously high debt-to-GDP ratio will need to be addressed once the immediate crisis has passed. Otherwise, the nexus of high inflation and slow growth that accompanies financial repression could choke off the recovery.

One possibility would be for Congress to enact provisions for forthcoming tax increases, or to set a schedule of increases built around a carbon tax, a value-added tax, or a surcharge on income taxes. These could enter into force whenever unemployment has fallen below some pre-designated level, and they could be ratcheted up as the economy gained further ground.