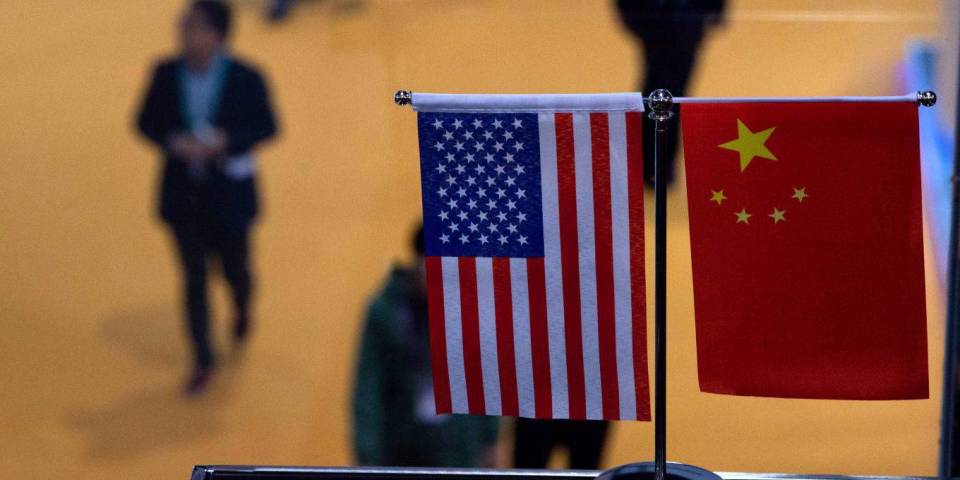 It is almost impossible to comprehend how much damage Donald Trump’s presidency has done to America’s global standing these past four years.

WASHINGTON, DC – Until 2016, global leadership was a hallmark of American greatness. The United States was at the forefront of establishing and supporting the United Nations, the International Monetary Fund, the World Trade Organization, and much else. America was exceptional in that, despite its stature at the end of World War II, it chose to build a world order through multilateralism and global institutions, rather than pursuing reparations and unilateralism.

It is almost impossible to comprehend how much damage Donald Trump’s presidency has done to America’s global standing these past four years. From the start, his administration sought to reverse longstanding policies that had been embraced by Republicans and Democrats alike.

Preferring unilateralism, Trump abandoned the Trans-Pacific Partnership (TPP) and demanded a renegotiation of the North American Free Trade Agreement, the US-Korea Free Trade Agreement, and other accords. He slapped tariffs on imported steel and aluminum under the pretext of “national security,” in violation of the spirit, if not the letter, of international trade law under the WTO. These decisions – and Trump’s behavior more generally – quickly eroded the confidence that other countries had previously placed in US leadership and “soft power.” The US, suddenly, could no longer be trusted to honor its commitments.

While multilateralism cannot guarantee the US complete fulfillment of its objectives, it certainly can achieve more than bilateral deal making of the kind Trump has pursued. With 4.25% of the world’s population and accounting for 15.2% of its GDP, the US is nowhere near large enough to impose its will on the rest of the world. Rather, US influence is most enhanced when it is deployed in concert with others. Nowhere is this truer than on the issue of trade.

Consider Trump’s “trade war” with China, which has utterly failed to meet its stated objectives. The bilateral trade deficit with China has grown, and US exports to China are falling well below the target level implied in the “phase one” agreement the two countries signed in January. Issues such as intellectual-property rights and e-commerce remain unaddressed. Perhaps even worse, demanding that China set quantitative targets for purchases of US exports has only increased the extent to which the Chinese state must intervene in its economy.

These failures do not come as a surprise. Tariffs cannot be expected to reduce a bilateral trade deficit, and bilateral measures are usually offset by third-party actions anyway. For example, in 2019, US imports from Vietnam rose sharply as its imports from China declined. And there have been numerous complaints about Chinese exports to the US being routed through other countries to hide their origin.

The Trump administration’s one-on-one deal making has failed for a simple and obvious reason: we live in a multi-country world. Tariffs and other discriminatory measures levied against one country will simply create an opening for other countries to fill.

Ignoring this reality leads to serious difficulties. For example, one of Trump’s first official acts was to ditch the TPP, which would have established a free-trade area among 12 Pacific Rim countries, notably excluding China. Following the US withdrawal, the remaining 11 countries proceeded without it, leaving US exporters at a distinct disadvantage in those markets. And now, Japan, South Korea, Australia, New Zealand, and ten other Southeast Asian countries have entered into a new free-trade bloc – the Regional Comprehensive Economic Partnership – that includes China and excludes the US.

The Trump administration has also effectively paralyzed the WTO’s important dispute-settlement mechanism, by refusing to approve any nominees to replace departing judges on its Appellate Body. The DSM is where countries previously could bring complaints about suspected violations of WTO rules. But, rendered inquorate by Trump’s intransigence, the DSM cannot adjudicate such questions, making it more likely that routine disputes will erupt into larger trade wars.

With Trump on his way out, the priority now should be on withdrawing the US tariffs on steel and aluminum imports. It is estimated that 0.7% of US manufacturing jobs were lost in steel-using industries, while only 0.3% of manufacturing jobs were gained in steel production. Worse yet, employment gained in steel production cost consumers about $817,000 per job. Although the tariffs were defended on national-security grounds, the truth is that the US imports only around 27% of its steel, and its defense industries account for less than 3% of steel consumption.

Reversing these policy mistakes will be necessary to restore US leadership in the global economy. Pursuing realistic aspirations through multilateral negotiations will be far more effective than bilateral talks when it comes to persuading the Chinese to alter some of their practices. Curtailing China’s economic growth in any significant way simply is not feasible. The US instead should take steps to ensure that it is in China’s own interest to abide by internationally agreed rules. Restoring the DSM’s operational capacity can and should be done quickly.

Beyond that, many observers believe that WTO rules should be amended both to address some US complaints and to reach an understanding on new issues, such as e-commerce and cybersecurity. Here, a possible US strategy might be to rescind tariffs (on steel, aluminum, and any number of imports from China) while simultaneously convening talks to address other outstanding issues.

China has long recognized the importance of increasing SMEs’ access to finance. Now, online banks are providing the solution the country... Read More...

WASHINGTON, Feb 2: The Trump administration is pulling the plug on a decades-old nuclear arms treaty with Russia, lifting what... Read More...

China’s leaders must redouble their efforts to unleash the “animal spirits” of domestic businesses, while spurring local governments to spearhead... Read More...