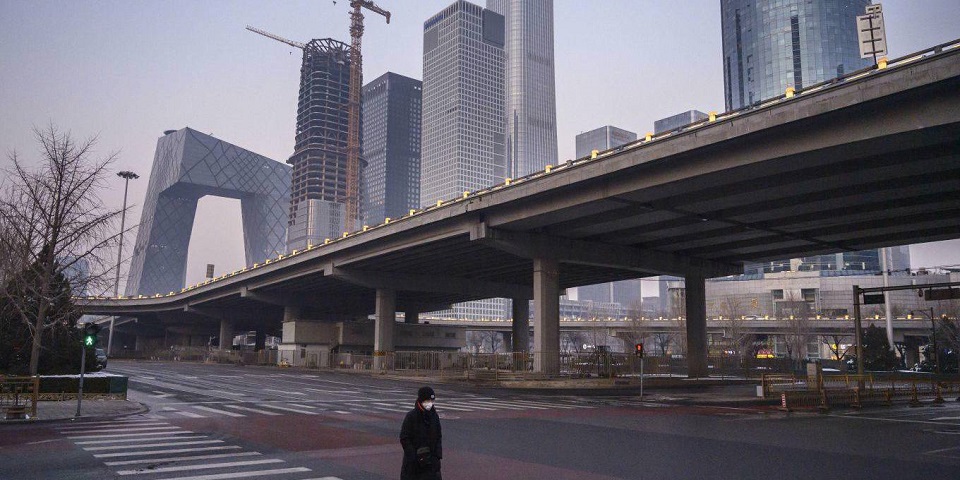 COVID-19 is the greatest economic test China has faced in decades. The silver lining for China’s leaders is that the crisis affords them an opportunity to reorient the economy for sustained long-term growth through marketization.

BRISBANE/NEW YORK – Back in 2013, the Chinese government laid out a policy agenda that promised real reforms to an economy laden with debt and distorted by the influence of the country’s large state-owned enterprise (SOE) sector. But instead of seeing that agenda through, China chose to dodge the risks entailed by marketization, and has since reverted to what it knows best: state control over the economy and the semblance of stability that comes with it.

Since 2017, The China Dashboard, a joint project of the Asia Society Policy Institute and the Rhodium Group, has been tracking China’s economic policies. Having analyzed objective data across ten critical spheres of the country’s economy, we find that China’s reforms have been tepid to nonexistent over the past three years.

The Chinese government’s failure to deliver on its promise of a more open economy has undermined its credibility, and fueled the growing global backlash that it is experiencing today. Even before COVID-19 arrived, the lack of reform had sapped China’s economic performance and made it persistently over-reliant on debt, leaving its domestic private sector increasingly disheartened.

Now, China is at a crossroads. The COVID-19 crisis sent its economy plunging by a reported 6.8 percent in the first three months of this year—its first (acknowledged) quarterly contraction on record. For the first time in more than 25 years, China is not publishing a growth target.

Moreover, because debt is now an even bigger problem for China than it was in 2013, the government does not have the option of pursuing stimulus on the massive scale that it did during and after the 2008 global financial crisis. Piling on more debt would only aggravate the current risks to the economy, which include a property-market bubble and a swollen banking sector that, after a quadrupling of loan portfolios over the past decade, is sitting on mountains of shaky debt.

Faced with these limitations, China’s government has put reform back on the agenda. On April 9, it issued a plan to improve the “market-based allocation of factors of production.” And it followed that up on May 18 with a broad-spectrum manifesto that elevates “employment first” policies to the level of traditional fiscal and monetary policy. The new reform agenda acknowledges the importance of competition, and proposes better protections for private firms, intellectual property, and business secrets. The government has also made pronouncements about strengthening market pricing mechanisms, formalizing property rights, and restricting administrative interference in market activities.

This is all well and good. But can the world believe China this time? The government has yet to explain why the 2013 reform plan was not implemented, and the new reform pledges remain short on detail (wherein the devil lies).

Meanwhile, after being shaken by China’s initial missteps in containing COVID-19, foreign firms are increasingly alarmed by rising Sino-American tensions, and are seeking to diversify their investments across other countries. At the same time, private Chinese firms are holding back on further capital expenditures. If these business shifts continue, China’s ability to recover from the crisis will be hampered.

Moreover, China’s recent decision to impose a new security law on Hong Kong has further exacerbated its economic challenges. Apparently, the government is willing to accept high economic costs and a barrage of foreign outrage in pursuit of a more compliant Hong Kong. But if Hong Kong descends into violence again, and if China responds with extreme forms of repression under the new law, international firms will have less incentive to stay, further clouding the Chinese economy’s prospects.

The coming months will be crucial. If China wants to prove that its reform intentions are serious this time, it could privatize or break up some SOEs. It could abolish the remaining joint-venture requirements. It could relax foreign equity limits, thereby opening up a wider range of industries to foreign direct investment. In fact, the European Union is already pressing China for some of these changes in ongoing negotiations for a comprehensive bilateral investment agreement. We should know in the second half of the year whether China is prepared to assume the risks of genuine reform.

Yet even if China does take a liberal turn on the economy, it is hard to see how it can reverse the “promise fatigue” that has already set in among the country’s international economic partners. Officials in many market economies will insist that China do more to adjust to international market norms, rather than expecting others to adjust to its own party-led economic system. Significant economic reforms within China will be key to leveling the global playing field and preventing many foreign players from packing up and leaving.

COVID-19 is the greatest economic test China has faced in decades. The silver lining for China’s leaders is that the crisis affords them an opportunity to reorient the economy for sustained long-term growth through marketization. Will Chinese President Xi Jinping grasp this reality and seize the moment? Or will he double down on the failed approach of the post-2013 period, when many promised reforms were sacrificed for fear of the change and instability they entailed?

Kevin Rudd, a former prime minister of Australia, is President of the Asia Society Policy Institute. Daniel Rosen is a founding partner of Rhodium Group.