In a quest for yoga-land

Leaving behind international earning to own business in Nepal

Magic in a Pair of Tablas

Vehicles have been lazily stopped in a line at the Amlekhgunj-Pathlaiya road section inside Parsa National Park. At the end of the line, there is a vehicle with a message written on its rear side - "Save Tiger''. However, beside it, a 10-year-old Royal Bengal tiger is seen lying on the road, bleeding from its mouth.
This is the scene of an ‘accident’ that happened on January 2, this year. The road section, which runs through the middle of the national park, also has a notice which says, "Wild animals walk on the road, drive slowly." The tiger, which was crossing the road, died after being hit by a speeding car. The driver said that the accident took place when the tiger was crossing the road.
This year, World Tiger Day is being celebrated with the slogan 'Tiger's Existence, Human Responsibility'. In 2010, there were a total of 121 tigers in Nepal, but now the number has reached 250. However, tigers are still dying because the accidents have not stopped.
According to a wildlife expert, it’s the humans who crossed the tigers’ path and such incidents are happening repeatedly, which is a problem. "The highway which humans built is the path that tigers have been using for centuries," said Haribhadra Acharya, information officer at the Department of National Parks and Wildlife Conservation. “Tigers have been injured in such road accidents before and being injured means almost akin to dying, due to the infection; as it would be difficult to bandage and give medicines to the injured tigers,” he added.
Conflicts between humans and tigers endanger not only tigers but also humans themselves; the death of a woman in Bardiya in a tiger attack prior to this incident is evidence to this fact. 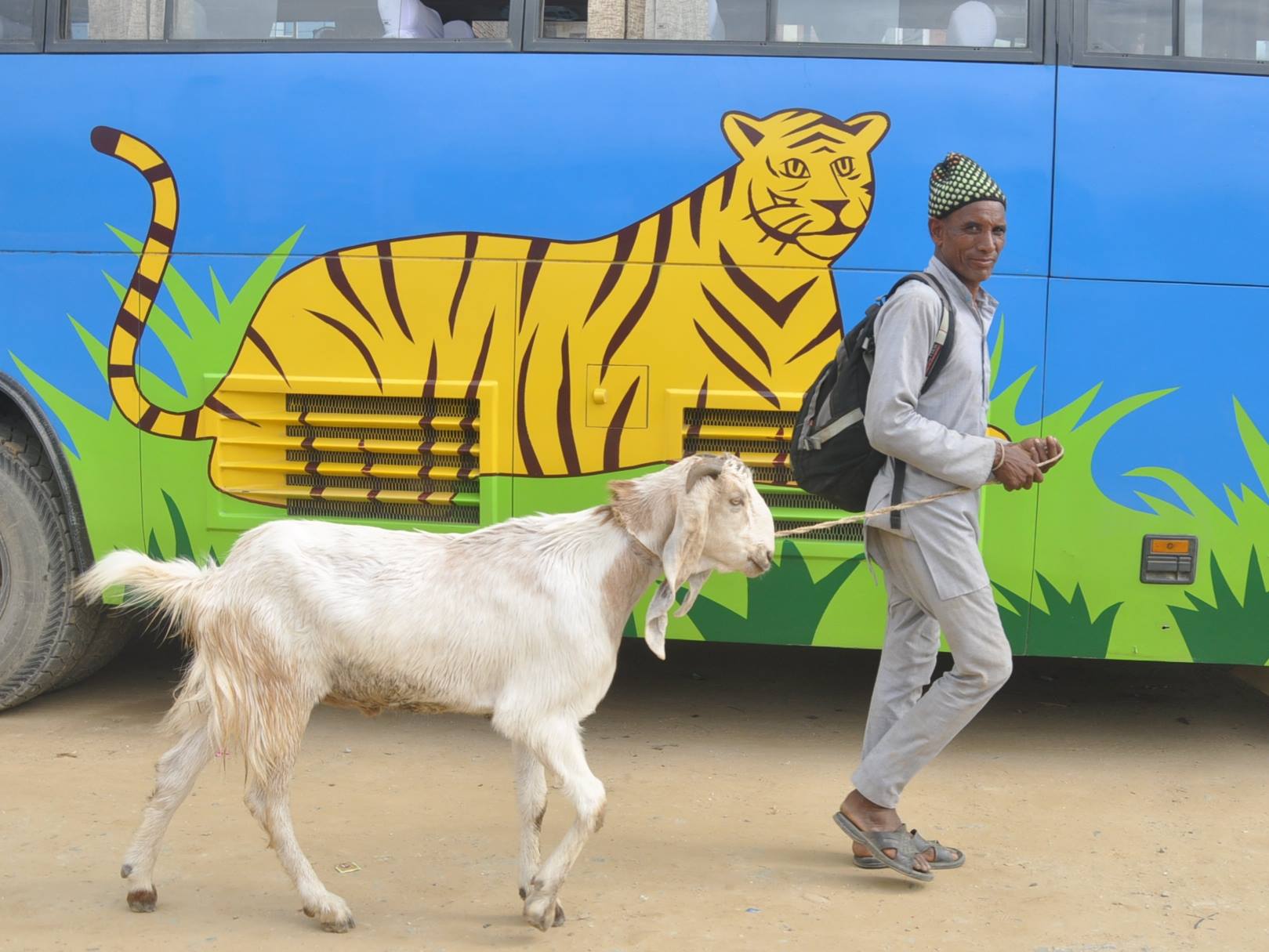 Prime Minister Sher Bahadur Deuba has said that it is necessary to protect the environment for the conservation of tigers. Speaking at a program organized by the National Tiger Conservation Committee at Khumaltar in Lalitpur on the occasion of World Tiger Day, Prime Minister Deuba said that the government was committed to protecting tigers’ habitats and stopping poaching.
Member secretary of the National Nature Conservation Fund, Sharad Chandra Adhikari, says that tiger conservation is a challenge due to the encroachment of tigers’ habitats, illegal hunting and poaching of tigers, climate change, and diseases, among others.
Stating that conflicts have happened between tigers and humans from time to time, the prime minister stressed protecting the tigers’ habitats from encroachment. He said that tigers also play an important role in tourism promotion as people from all over the world visit Nepal to see tigers.
However, the damage caused by human-wildlife conflict on highways, roads or other places in various protected areas of the country is increasing every year. A few days after a tiger was killed in a car-hit in Bara, a deer was reportedly killed in a motorcycle crash in Sarlahi.
The Nepal Forum of Environmental Journalists (NEFEJ) recently conducted a three-month on-site study and concluded in its report that the number of such accidents has been increasing every year due to the negligence by the authorities who are supposed to take precautionary measures while constructing linear or long-term infrastructures such as roads, irrigation canals, transmission lines, railway leaks etc. Both wildlife and humans have suffered the consequences of not doing so. NEFEJ made the report public on Saturday in reference to the incident in which a Royal Bangel tiger was killed in a road accident on the Amalekhanj section of the East-West Highway in Parsa National Park. This is the third incident where a tiger was killed on the highway.
The conflict between humans and wildlife is not just a problem for tigers, but for the humans as well. According to the Department of National Parks and Wildlife Conservation, a total of 13 people died, 21 were seriously injured and nine suffered minor injuries in wild elephant attacks in 2076/77 BS alone.
Likewise, four people were killed, 12 seriously injured and five others sustained minor injuries in Rhino attacks in the same year. In tiger attacks, a total of eight people were killed and four were seriously injured in the year.
Similarly, a total of 8,164 incidents of life and property losses were reported in the same year due to the attack of wild animals including bears, leopards, wild boars and buffalos.
Hundreds of wild animals died in the conservation area in the same fiscal year due to various reasons. In the year, a total of 15 wild animals died in road accidents in Parsa National Park alone.
Similarly, a total of 35 wild animals died in road accidents in Bardia National Park, 48 in Banke National Park and one in Chitwan National Park. The accidents took place due to underpasses in some places of Chitwan National Park. NEFEJ suggests that underpasses and overpasses should be built only after conducting scientific and technical studies on the habitats and activities of wildlife.
According to the NEFEJ report, wildlife-friendly development infrastructures should be constructed for wild animals’ free movement in and around their habitats. Then, these infrastructures should be constructed after the mapping of bottlenecks which are the sensitive areas for wildlife.
Information Officer Acharya says that efforts are being made to reduce wildlife damage. According to him, lack of space in the reserves for wild animals is the current problem, which forces these wild animals to roam beyond the conserved area. "We have also started raising awareness on the construction of such infrastructure," he said. "Citizens too have the same responsibility as the government bodies to protect them."
Explaining his solution to the problem, conservationist Dr Roshan Sherchan said that it could be reduced only if the road department coordinates with the forest or national park department before constructing the infrastructures inside national parks and wildlife reserves. In his view, it is essential to have cooperation and coordination between bodies such as the Department of National Parks and Wildlife Conservation, Department of Roads, central and provincial ministries, Intermediate Zone Development Council, conservation areas and forest user groups.
Moreover, Ramesh Kumar Yadav, assistant conservation officer of Parsa National Park, said that the breeding process of tigers is complicated and considered the deaths of adult tigers as a great loss. He said that the tiger that died in Pathalaiya was a full-grown adult. The last census conducted in Nepal in 2018 found a total of 235 tigers. He said that 18 of them were found in Parsa National Park. Experts also considered tigers to be the king of the jungle. He said that the number of tigers reveals the basic condition of the forests, adding that tigers are an important indicator of the ecosystem.
“It's not just about tigers being killed in accidents,” said conservationist Roshan Sherchan, “It's also an example of people not being able to save tigers." He emphasized the need for a system where wildlife and humans could walk on their own paths without any conflict and said, “The need of the hour is that we carefully figure out if it is safe for both the parties while constructing any infrastructure in the forests.”