In a quest for yoga-land

Leaving behind international earning to own business in Nepal

Magic in a Pair of Tablas

KATHMANDU, July 3: Many youngsters, who worked as temporary police personnel (Myadi Prahari), have decided to take this up as a job.

20-year-old Binita Khadka said that she had fallen in love with the baton that was handed to her when she joined the temporary police force. Binita hails from Changunarayan Municipality in Bhaktapur, and is currently pursuing her Bachelor’s degree. She was on duty on May 14, the day of the first phase of civic polls. She has been serving as a temporary cop for three months now. She said, “My three months experience has boosted the confidence in me. Now I want to serve my country and people as a cop.” Before joining the temporary police, she said, she wanted to become a banker.

Kamala Timalsina of Narefant, Jadibuti, who recently gave her HA exams, had joined the temporary police force during her free time. However, after having spent three months in the service she wants to become a permanent employee of Nepal Police.  Kamla said, “I want to work with Nepal Police as a medical health personnel.”

She added, “Many youngsters are currently serving as temporary cops. My stay with these young and enthusiastic people has been amazing. While some of us are dead-serious about our duties, others manage to have fun on the job. This makes us a diverse group of youngsters working together to serve the people.”

As the date for first phase polls was nearing, these cops were on duty for more than 18 hours a day. Kamala shared that sometimes they couldn’t even get enough sleep. The peaceful conduction of election, however, later justified all those sleepless nights, said Kamala.

Sunita Bata of Chalinki, Bhaktapur said, “Money in our pockets and joy of conducting a successful election in our hearts. We are grateful for the opportunity.”

Meanwhile, Sumita Silpakar from Khauma, Bhaktapur shared her experience that military life was vastly unlike college life. “The first thing we were taught during our training was discipline. Then we learned the correct way of presenting ourselves in front of a mass.”

Sita Chanda, a sergeant of Nepal Police who worked with these ladies during the elections, shared her happiness for being able to work with such passionate young women. “We have bonded like sisters. I’d be proud if these girls come back to join the force,” said Sita.

As many as 75,000 Nepali youths have been hired as temporary police personnel for the peaceful conduction local level elections. Among them, 13,300 are females and 61,200 males.

The government keeps record of those who have served as temporary cops to give them top priority if they happen to apply again in the future, according to the Nepal Police. 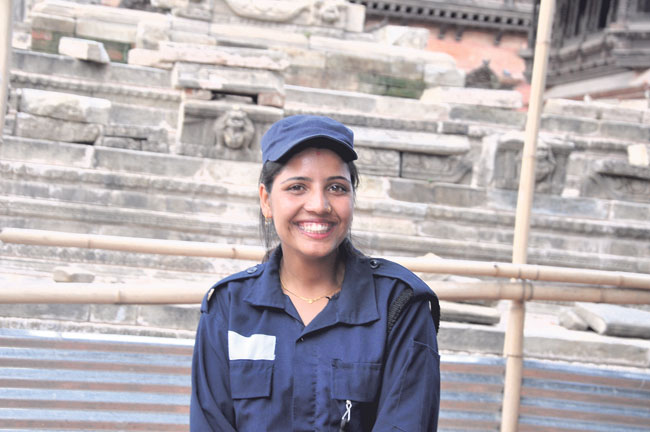 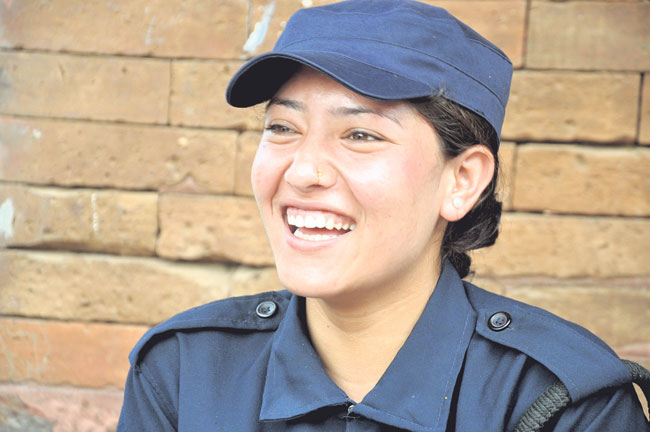