Here’s why working in different work field is fun experience

Kumar D Bhattarai fell in love with movies from the day he remembers watching them. Be it with working in a production panel or writing or even showing the talent in direction, many people consider him a foremost in work. On his work profile till now, he has worked in the Nepali movie industry as a writer in ‘Utshav’(which he also directed), ‘Uma’, ‘Mero Love Story’, ‘Dasdhunga’ and as an assistant director in ‘Acharya’. 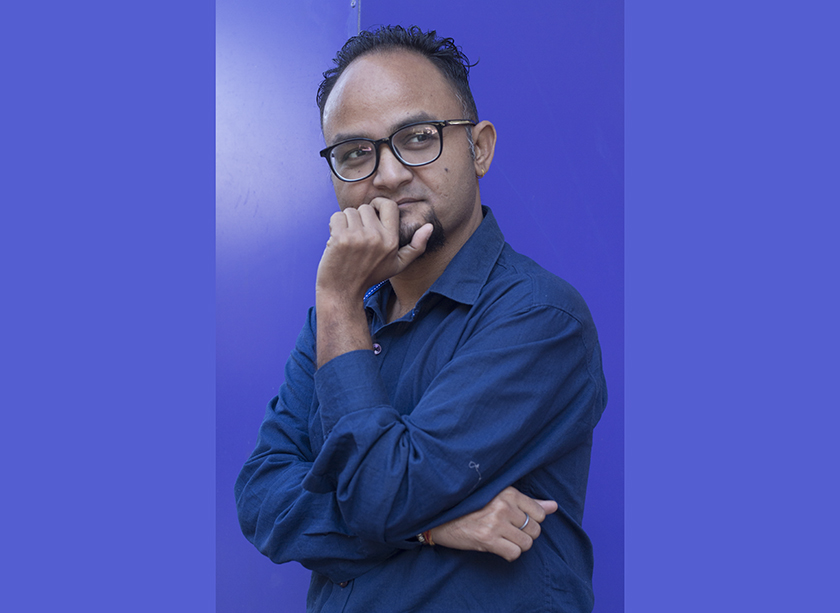 Apart from ‘Utshav’ that he directed in 2014, Bhattarai was going to direct the chapter two of ‘Dasdhunga’. The movie didn’t get the permit for shooting from the Office of the President of Nepal. The movie has lingered to the office since the team first approached it five months ago.

Sharing his love for films, Bhattarai shared the valuable insights of his experience as writer/director to My City’s Rahat Poudel. Here are the excerpts:

How do you define filmmaking?

Filmmaking is a serious and effective business of art. It’s a medium of sharing stories, which impacts for a very long time. A movie, if made in a good way can be effective for more than 50 years. For example, Orson Welles’ ‘Citizen Kane’. It’s a powerful tool to raise the voice for some cause.

When did you fall in love with the cinema?

When I was growing up in Jhapa, I used to watch Amitabh Bachhan and Bhuwan KC’s movies. It had just been a while when Rajesh Hamal rose to stardom. They were all loud actors and I loved their performances. Not to lie, films were introduced to me through Bollywood. In my free time, I started watching action movies and Jackie Chan was my favorite. I also liked other movies such as ‘Speed’, ‘Die Hard’ and ‘The Terminator’. Those movies have helped a lot in my way to filmmaking.

Are there any films that have affected you personally?

There are many. However, Martin Scorsese’s ‘The King of Comedy’, Orson Welles’ ‘Citizen Kane’, Paul Thomas Anderson’s ‘There Will Be Blood’, Christopher Nolan’s ‘The Prestige’, David Fincher’s ‘Gone Girl’, and Sidney Lumet’s ‘12 Angry Men’ came into my mind right now. I am affected by every film of Scorsese and Alfred Hitchcock.

How are today’s films?

Speaking as honest as possible, it’s depressing. Like, I already said that films are the serious and effective business of arts that share the stories. However, Nepali films are only limited to commercial success. Many don’t care how their stories impact society or become revolutionary for coming for more than 50 years. People and filmmakers like myself comment Nepali movies being the disgrace but even after the talks, we are still making the same movies. We want to improve but we are a failure in it.

Nepali movies have gone to that level that not many people go to the theatres to watch it. If it goes like this, I don’t think many people will show up or show enthusiasm in watching Nepali movies in the coming years.

How can it be improved?

There are many Nepali movies made on the high budget but the problem is that the filmmakers are using it just to learn, be it sound scoring or using the technology. I think everyone should step up and examine how Nepali movies will go if those are made like today. And then, back to work with improvements.