SYANGJA, June 12 : Sita Gaire of Waling Municipality has recently joined a school. Just like other children of her village, she attends classes at Laxmi Secondary School every morning, hoping to learn to use the social media. She says, “Though I have heard about these social networking sites, I am not familiar with these media and I even don’t know how to operate them.  I hope to learn to use these online platforms after joining the school.”

Gaire is a mother of two sons, who have moved to South Korea and Poland in search of employment. She and her husband – Surya Prasad Gaire – communicate with their children via orthodox mobile calls. Nonetheless, the couple is aware of the current technology that allows people to watch callers on the other side of the screen and simultaneously talk to them.

She believes that there is nothing greater than knowledge and is keen on learning practical knowledge of the contemporary world. “I don’t have many dreams. I just want to communicate with my sons through social media,” she says.

Chitra Kumara Thapa always completes her homework before going to school. Thapa is the guardian of her four sons, one daughter in law, and one granddaughter. Her husband is a labor worker while her daughter and daughter-in-law are educated. At this age, the 71-year-old grandmother wishes to synchronize with modern life. She too finds the need of education to even do something as basic as operate a mobile phone.

She believes education is important to gain practical knowledge. It further helps in keeping household records. “Except my husband (and myself), everyone in my family is educated. I am really interested to read. I am reading for myself.”

42-year-old Kalpana Aale expressed that her parents forced her to marry when she was only 14. She continued, “I didn’t get a chance to continue my study after that.” She carried a huge desire to complete her studies that she couldn’t pursue after her marriage. But now, she goes to school, chasing her dreams.

“For me, education is a way to add more knowledge in life,” she added. Her daughter-in-law is also admitted in the same school at grade 11. She was worried that she would have to drop out again once her daughter-in-law joined the school. Nonetheless, she is committed to completing her studies. She completes her homework diligently before attending school the next day.

Her husband lives in Dubai. She says, “She has a huge desire to communicate with her husband via social media.”

31-year-old Shanti BK survives on the money that her husband from a foreign country. “It is really hard for me to use the money in a wise manner. I see the need to keep a monthly log to know how much money I spend,” BK stated.

Lack of academic qualification drove her husband abroad in search of employment. “If we study, then the coming generation will also learn from us. That’s why I have decided to read,” she added. She stated that the parents must be educated to influence their children in a good way.

“Lack of education in women will directly affect the education of children so women must be educated,” states teacher Sita Gaudel. She also believes that women across the country must have access to education to realize its importance.

Sita is joined by Chitra  Kumari, Kalpana,  Santi  Bk, Parbati  Gaire,  Sarita BK, Kalpana BK, Chandra  Thapa in conducting a cooperative study group.  The school has only piloted trial classes considering the minimal use of English as a language among the students of the community.  However, they have elaborated dreams.

Gopal Prasad Gairhe, the principal of the school says, “We will just provide simple and practical education which they can use in their daily lives.  We will teach them how to use simple smartphones, email, and the internet along with other social media. Moreover, they can also learn English and learn to solve mathematical problems.” 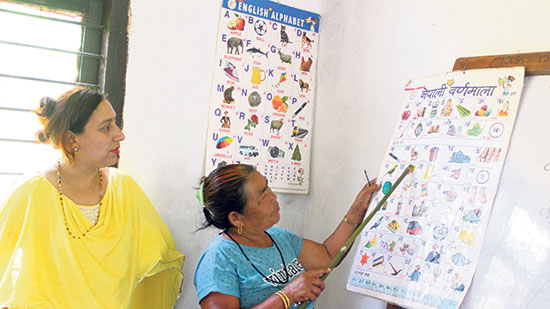 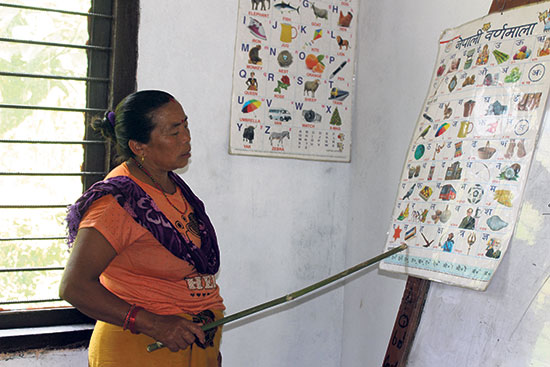 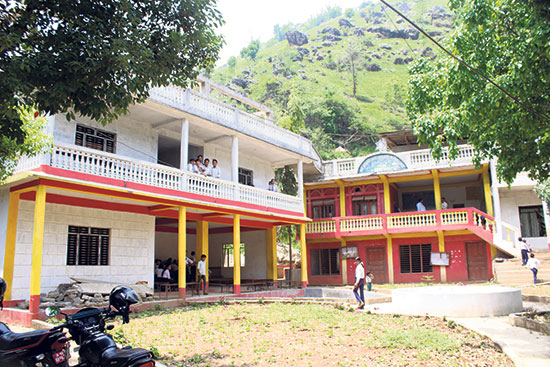