SYANGJA, March 21: Waling is nestled among the beautiful hills of Syangja district where the river Aandhikhola crisscrosses. The breathtaking Machhapuchhre mountain watches the place from a distance, and the nearby Khadadevi Bahunthan seems eager to just embrace it. The place got its name from the farmers who used to sing folklores during rice plantation. The name for the farmers’ song -- Waligeet -- evolved over the years to give a name to the place, Waling.

Waling Municipality is rich in terms of natural resource, and social and cultural diversity. It has a high potential for tourism. It is also the hub for education, trading, politics, religion, economy and tourism, and surrounding districts Syangja, Parbat, Gulmi, Palpa and Tanahu are dependent on it in various ways. If the resources of this place are mobilized and managed properly, it is possible that it will be recognized as one of the model municipalities of the world.

Aandhikhola and Gausur are important destinations in Waling for their historical and religious importance. Waling is becoming the destination for religious, historic, cultural, agricultural, and adventure tourism.

The municipality has prepared a detailed project report for the promotion of tourism in this area as there is a possibility of development of adventure tourism with activities such as rafting, kayaking, paragliding, cannoning, and rock climbing.

At the event, McDowell said, “Waling Municipality is a piece of heaven and there is nothing impossible in Waling.” He urged the authorities to recognize the potential of tourism of the place. “Adventure tourism is the main possibility of this municipality,” he added.

Also speaking at the event, actress Koirala said: “Tourism is a good way to advertise Nepal in the world. In order to make this possible, all we have to develop infrastructure.”

Locals are hopeful of socio-economic development of this area through tourism. All 14 ward offices have prioritized promotion of tourism in their budgets. The ethnic composition of the area comprises of 99 percent Gurung community.

Sukaraj Gurung, head of ward number 3, said that they are planning to establish a historical museum of Gurungs. There are also plans to promote home stay. Ranadhwoj Gurung, head of ward number 4, said: “At Suntalabari we have began offering home stay along with adventure sports like cannoning and rock climbing.” In order to promote mountain biking, Waling Municipality is planning to launch a campaign ‘one bike per house’. 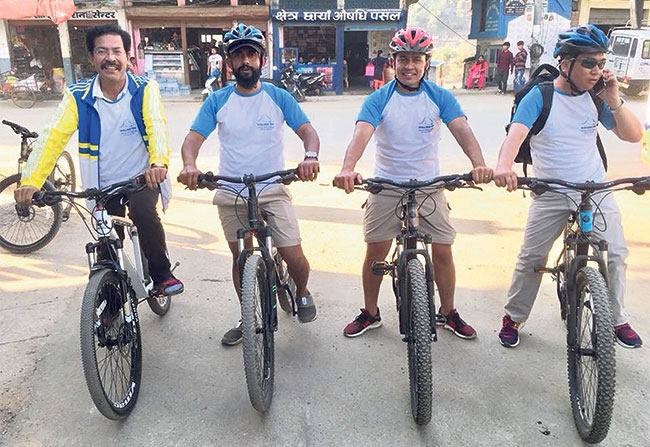 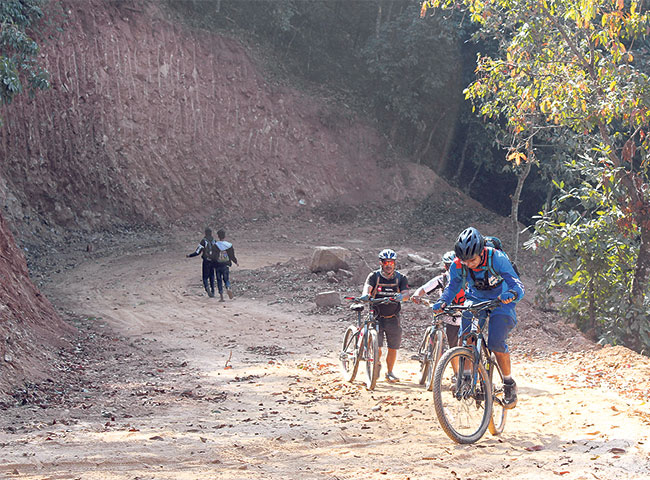