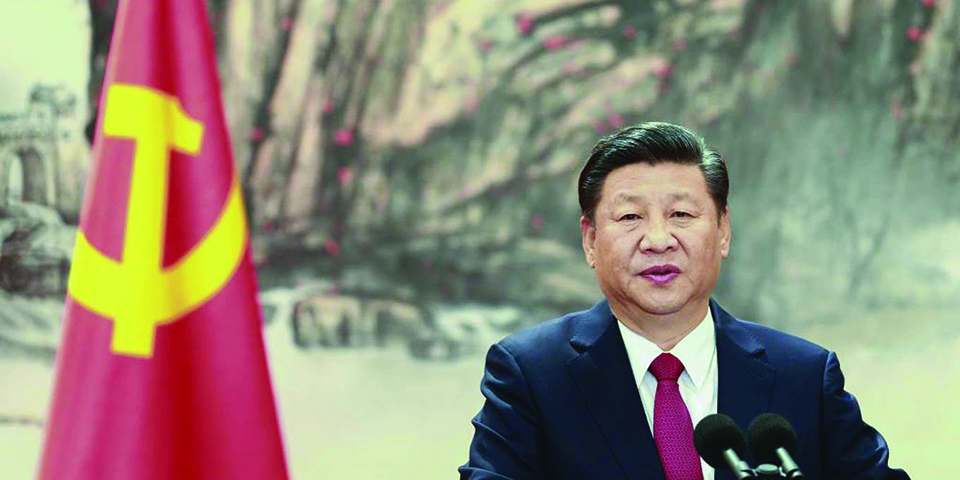 Steve Tsang is Director of the SOAS China Institute at the University of London’s School of Oriental and African Studies
news@myrepublica.com

The goal of Xi Jinping Thought is not to launch a cold war with the West, or to export China’s political model

LONDON – In October 2017, at the 19th National Congress of the Communist Party of China, the CPC enshrined in its constitution a new political doctrine: “Xi Jinping Thought on Socialism with Chinese Characteristics in a New Era.” At a time when a rapidly modernizing China is a leading global player, it is tempting to dismiss this doctrine as anachronistic “party-speak” from a bygone age. We succumb to that temptation at our peril.

Five months after the constitutional change, the National People’s Congress abolished the presidential term limit, meaning that, barring a political earthquake, Xi—who, at age 65, remains healthy and vigorous—could remain president for perhaps another 20 years. His eponymous doctrine will therefore shape China’s development and global engagement for decades to come, and perhaps longer.

In a sense, the inclusion of Xi’s name and thought in the CPC constitution delivered to him the exalted status of the People’s Republic’s founding father, Mao Zedong, as well as the architect of China’s modernization, Deng Xiaoping—the only two other leaders mentioned in the document. That, together with the removal of term limits, has led many to argue that Xi is the most powerful Chinese leader since Mao.

But, even if true, this does not mean that Xi is attempting to restore Maoist totalitarianism. While Xi has a much more positive view of China’s Maoist past than any other leader since Deng, he is no Maoist.

Instead, Xi’s approach to governance closely resembles that of China’s first president under Mao, Liu Shaoqi, a devoted Leninist who selectively adapted Confucian ideas to build a Sinicized party-state. For Liu, the party was pivotal; for Mao, by contrast, it was ultimately dispensable, as the Cultural Revolution—of which Liu himself was a casualty—demonstrated. Unlike Mao, who found chaos exhilarating, Xi shares Liu’s longing to exercise control through the CPC, which he expects to take the lead—and apply Xi Jinping Thought – in all policy areas: political, military, civilian, and academic.

The contrast with Deng is even sharper. Deng’s reforms were defined by pragmatism and experimentation, aimed at identifying the most effective approach to modernization. In the 1980s, Deng even briefly considered the radical possibility of separating the CPC from the state, though he abandoned the idea after the pro-democracy Tiananmen Square protests in 1989.

Nonetheless, Deng and his successors—Jiang Zemin and Hu Jintao—continued to open China to the West, and remained willing to tolerate the spread, within limits, of some liberal ideas. This is not the case with Xi, whose repeated commitment to deepening reform is muddied by his redefinition of what that should entail. Xi sees no place for political experimentation or liberal values in China, and regards democratization, civil society, and universal human rights as anathema. Deepening reform means solidifying control over the CPC, via his “anti-corruption campaign,” and over the population, including through the use of advanced technologies enabled by artificial intelligence. Such digital authoritarianism will, Xi hopes, prevent liberal or democratic ideas from taking root and spreading, even as China remains connected to the rest of the world. Chinese citizens may enjoy freedom as consumers and investors, but not as participants in civil society or civic discourse.

Managing this tension between international openness and state control is vital for Xi to achieve another key goal of his doctrine: to “make China great again.” On the one hand, this entails instilling a Party-centric nationalism, so that citizens embrace the primacy of the CPC and of Xi himself. Those who are slower to meet this expectation may find themselves under surveillance and even sent to so-called re-education camps, like those in Xinjiang, where hundreds of thousands (or more) Muslim Uighurs are now detained.

On the other hand, making China great again means projecting power and leadership on the world stage. After decades of adhering to Deng’s injunction that China should “hide its strength and bide its time,” the country’s moment, Xi believes, has come.

One way Xi hopes to boost China’s global standing is by ensuring that it is on the frontier of technology. To that end, the state is offering its full support to national champions in cutting-edge sectors, as stipulated in the government’s Made in China 2025 strategy, which competitors, especially the United States, decry as unfair. It is no coincidence that the US has been targeting Huawei, which has received as much state support as any company in any country in modern times.

Canada’s decision to heed America’s request to detain Huawei CFO Meng Wanzhou for alleged fraud and violations of US sanctions against Iran amounted, in Xi’s eyes, to a failure to respect China’s standing and interests, and thus merited retaliation. China soon detained two Canadians on allegations of “engaging in activities that endanger [China’s] national security,” and resentenced a Canadian convicted of drug smuggling, imposing the death penalty.

The goal of Xi Jinping Thought is not to launch a cold war with the West, or to export China’s political model. Rather, Xi wants to shore up the authority of the party-state—and his own brand of authoritarianism—within China, including by ensuring that Chinese are not exposed to liberal-democratic ideas. Understanding this is vital to enable the world to engage effectively with an increasingly formidable China.

In keeping with Xi’s Long March imagery, China’s leadership is preparing for an enduring Cold-War-like confrontation, irrespective of who wins... Read More...

On the road to China

Kalikot DAO closed for a week after staffers contract COVID-19
17 minutes ago
99 Nepali workers set out for Israel; labor minister, ambassador reach TIA to see them off
46 minutes ago