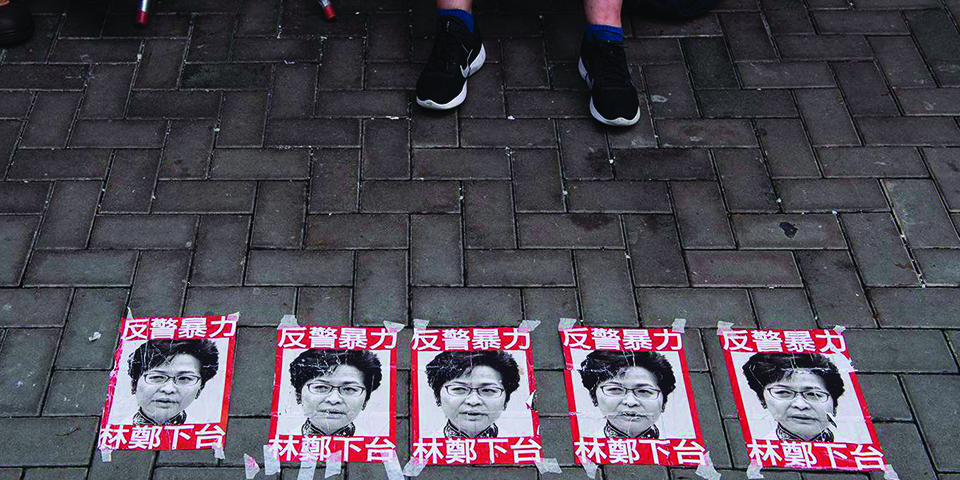 Steve Tsang is Director of the SOAS China Institute at the University of London’s School of Oriental and African Studies
news@myrepublica.com

Hong Kong’s protesters have succeeded so far because they did not directly challenge Xi or the CPC, but instead focused on Lam’s failings and demanded withdrawal of the extradition bill

LONDON – The massive protests in Hong Kong in recent weeks have demonstrated the depth of its citizens’ determination to uphold their democratic way of life—something they were supposedly guaranteed when the United Kingdom returned sovereignty over the city to China in 1997. Moreover, the protests hold three powerful lessons: for Hong Kong’s chief executive, Carrie Lam, for the demonstrators themselves, and for China’s rulers.

Over the past few years, the Chinese authorities have steadily increased their interference in Hong Kong’s affairs, gradually eroding the “one country, two systems” principle that was meant to ensure a “high degree of autonomy” for the city after 1997. The current crisis stems from China’s desire for a legal framework to return fugitives from the mainland who have allegedly used the city as a safe haven for ill-gotten wealth. In many respects, the extradition law introduced by Lam represented an extension of Chinese President Xi Jinping’s anti-corruption campaign to Hong Kong, and was intended to avoid further incidents like Chinese security officers’ 2017 abduction of tycoon Xiao Jianhua from the city.

There is no evidence that China gave Lam detailed instructions on enacting the law. Instead, she seems to have taken it upon herself to introduce it. However, Lam exceeded her remit by making the proposed extradition law applicable not only to fugitive mainland Chinese, but also to all ordinary Hong Kong citizens, as well as foreigners temporarily residing in or visiting the city.

The proposed legislation was so sweeping that democratic activists, as well as businesspeople who had fallen out with mainland partners, feared they might be legally extradited to China to stand trial under its party-controlled legal system. Businesses also worried that their assets might be confiscated.

As banners and slogans at the demonstrations made clear, the protesters were not targeting the Communist Party of China (CPC) or Xi. Nor was it the popular perception of Lam as Beijing’s puppet that eventually brought two million Hong Kong residents—almost 30 percent of the city’s population—onto the streets. Rather, the enormous protests reflected citizens’ widespread concern for their way of life, and anger at Lam’s gross mismanagement.

The chief executive has shown staggering political ineptitude. For starters, Lam tried to rush the controversial bill through the city’s legislature rather than following normal procedures. Worse, she then ordered the police to respond with force to the June 9 demonstration, which mobilized one million protesters. Coming shortly after the sensitive 30th anniversary of the 1989 Tiananmen Square massacre, and just when Xi was preparing to meet US President Donald Trump to seek a suspension of the Sino-American trade war, the police response in Hong Kong was an embarrassment, and not what China wanted.

In ordering the crackdown, Lam ignored norms for policing large-scale demonstrations in Hong Kong that had existed since the 1980s. Officers would monitor the demonstrations wearing soft hats and armed with bottled water, and offer help to any demonstrator needing assistance. In the past, this approach had invariably secured the protesters’ cooperation. But the deployment of police in riot gear, and their use of pepper spray, tear gas, and rubber bullets, fueled public anger and led inevitably to outbreaks of violence.

Lam’s initial response was to offer a half-hearted apology and promise to suspend the bill, while insisting that those who had been arrested were rioters. This made citizens angrier still, and led China eventually to withdraw its support for her. Lam’s subsequent, more forthright apology, and her promise that the bill would not be reintroduced in the foreseeable future, has since curbed public outrage, and the massive demonstrations have ceased for now. But popular sentiment remains raw.

The first and most obvious lesson of recent events is that Lam is a liability as chief executive, and that she has squandered all credibility. She has also been an embarrassment to China and an ineffective regional leader. Xi and his government will keep her in place for the time being, both to avoid handing a scalp to the protesters and because a suitable replacement must be found. But the prospect of Lam serving a full term in office is now remote. The best thing she can do for Hong Kong is to resign before China sacks her. She will find out soon enough that the CPC does not forget or forgive.

Second, Hong Kong’s protesters and activists have succeeded so far because they did not directly challenge Xi or the CPC, but instead focused on Lam’s failings and demanded withdrawal of the extradition bill. Xi was able to withdraw support for the chief executive in large part because she had failed him. Had Lam merely been doing what she was told, Xi could not have backed down without appearing weak.

Third, China should recognize that its process for selecting Hong Kong’s chief executive is deeply flawed. Lam is politically inept largely because she lacks the nous that every elected politician acquires through the hurly-burly of electioneering. Chosen by a “selectorate,” Hong Kong’s leader lacks the necessary political skills to perform his or her duties properly—a  problem for all of Lam’s predecessors going back to 1997.

If China’s leaders cannot endorse a genuine direct election of the chief executive, they should at least revert to their previous plan of holding a popular vote after objectionable candidates have been screened out. Hong Kong’s democrats should accept this as a compromise. It is in everyone’s interest to minimize the risk of massive protests escalating out of control and turning into a direct confrontation between the city and the CPC.

Steve Tsang is Director of the SOAS China Institute at the University of London’s School of Oriental and African Studies, and author of “A Modern History of Hong Kong”