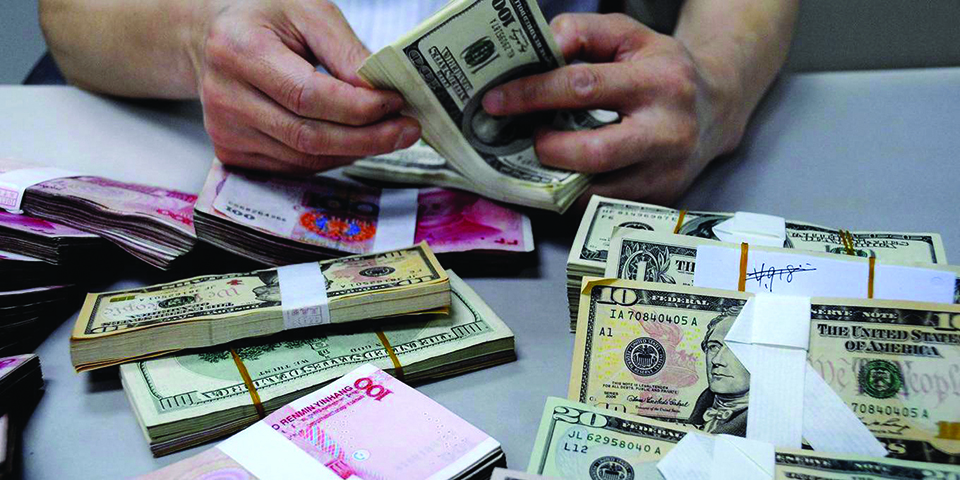 The US has accused China of keeping renminbi artificially low, to secure an unfair advantage in international trade. But it had not applied “currency manipulator” label since 1994

LONDON – The weaponization of currency has rarely ended well for the United States. Look no further than the unilateral 1971 decision of President Richard Nixon’s administration to cancel the US dollar’s direct international convertibility to gold—a key element of the “Nixon Shock” that destabilized floating currencies and led to stagflation later in the decade. But that hasn’t stopped President Donald Trump’s administration from (mis)labeling China a currency manipulator.

The US has long accused China of keeping the renminbi artificially low, in order to secure an unfair advantage in international trade. But it has generally refrained from harsh action, and, until this latest decision, had not applied the “currency manipulator” label since 1994. Even during the mid-2000s, when the renminbi was widely considered to be significantly undervalued, US President George W. Bush’s administration chose not to make that designation, and instead pursued the bilateral Strategic Economic Dialogue on currency and other economic issues.

But the renminbi’s recent drop below the psychologically significant threshold of CN¥7 to the dollar for the first time since 2008 was too much for the Trump administration to take. So, in a symbolic move that escalates America’s ongoing trade war with China, the US Treasury made the official designation.

It is not at all clear, however, whether the label applies. A country is considered to be a currency manipulator if its monetary authority intervenes to engineer a devaluation, in order to boost the global competitiveness of its exports. The renminbi’s recent decline, however, was not the result of policy action.

Nowadays, China maintains a managed floating exchange-rate regime: the renminbi’s value can fluctuate freely within a two percent band. But, because the authorities reset the exchange rate daily, a long period of weakness gradually moves the exchange rate downward, even if daily movements are marginal. That is what happened this week.

In fact, far from intervening to devalue the renminbi, the People’s Bank of China (PBOC) has in recent years been deploying its foreign-exchange reserves to prop it up. The difference this time is that it chose not to intervene, thereby allowing the currency to fall.

The decision was probably driven largely by China’s longstanding determination to transform the renminbi into a major international currency that is liquid and widely accepted. The country’s leaders know that frequent market interventions undermine the renminbi’s credibility with non-resident holders of the currency. Moreover, those interventions come at a high cost. In 2015-16, supporting the renminbi depleted the country’s foreign-exchange reserves by some $1 trillion.

This is not to say that China will not intervene further. After all, a weak currency is a major problem for China—a point that seems to elude the Trump administration. For one thing, by raising the cost of imports, a weaker renminbi would hurt the domestic demand that China is so eager to foster, as part of its strategy to shift the country’s growth model away from exports.

Moreover, a weak renminbi may trigger capital outflows, at a time when total debt stands at a whopping 300 percent of GDP. A stronger and more stable renminbi, by contrast, would mitigate the debt exposure of Chinese companies and provincial governments, without jeopardizing financial stability.

Given this, the PBOC is likely to step in if the renminbi falls much lower. But it will be doing so on its own terms rather than to meet a specified target, let alone to please the US, which would nonetheless benefit. In the throes of Trump’s trade war, and following an interest-rate cut by the Federal Reserve, the US could use any growth boost it can get.

Yet, even if China’s interventions are designed to curb depreciation, the Trump administration may nonetheless use them to justify the currency manipulator designation. This points to the dilemma Trump has created for the rest of the world. By treating international trade as a winner-take-all, zero-sum game in which the US makes its own rules, the Trump administration has weakened the incentive for countries to engage in the kind of policy cooperation that has been a hallmark of the international economic order since World War II. Why should China bow to a US that treats it as an economic enemy?

To be sure, it remains unclear whether the US Treasury has advanced the kind of formal proceedings—which normally involve the International Monetary Fund—against China that would usually follow official accusations of currency manipulation. And the Trump administration has a track record of making big threats and then backing away (while claiming credit for averting disaster).

By escalating tensions and fueling uncertainty, however, Trump’s reckless posturing can have serious consequences, even if he does not follow through. At a time when the global economy is slowing down, this is a risk nobody should be willing to take.

Paola Subacchi, Professor of International Economics at Queen Mary Global Policy Institute, Queen Mary University of London, is the author of “The People’s Money: How China is Building a Global Currency”

Art of wait and see

In the emerging Chinese view, any leverage or advantage the US has over China in trade is far exceeded by... Read More...