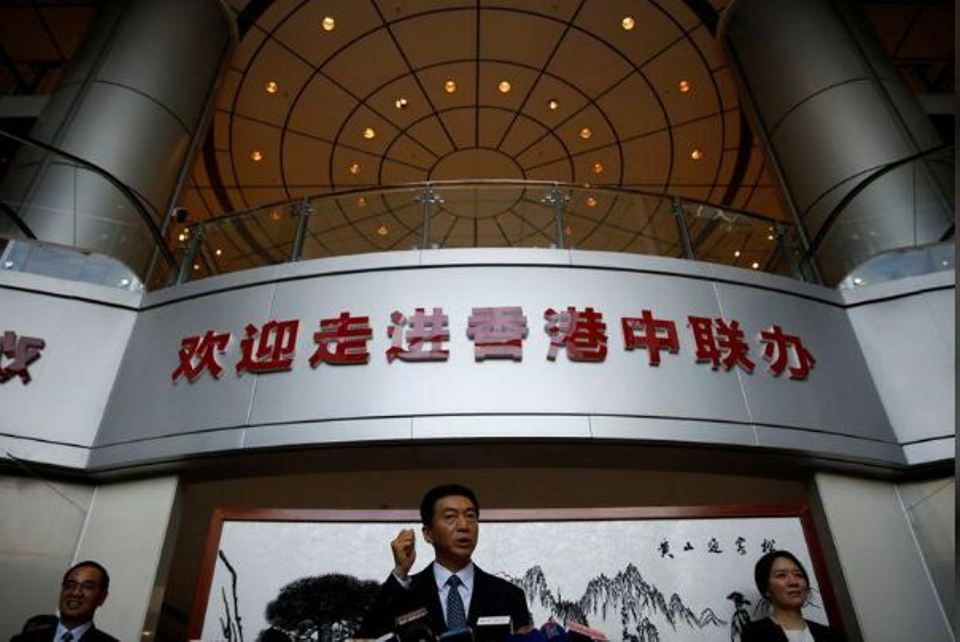 HONG KONG, Jan 12: The new head of China’s liaison office in Hong Kong, who was unexpectedly announced at the weekend, said on Monday he hoped the Asian financial hub, roiled by more than six months of anti-government protests, would return to “the right path.”

Luo Huining’s appointment is seen as a sign of Beijing’s frustration with how his predecessor, Wang Zhimin, handled the crisis and makes Wang the shortest-serving liaison office director since the city’s 1997 return to Chinese rule.

The liaison office, which reports to China’s State Council or cabinet, is a platform for Beijing to project its influence in the city.

In November, Reuters reported exclusively that Beijing was considering replacements for Wang, who had come under criticism for failing to foresee the public reaction to a now-withdrawn extradition bill or adequately report upwards on the sentiment on the ground.

Unlike Wang, who worked at China’s state news agency and within the liaison office before taking its helm, Luo has no prior experience in Hong Kong, a point he was keen to address in his first remarks to the media after taking office.

“I worked in the mainland in the past, but I am not unfamiliar with Hong Kong,” Luo, now the most senior mainland official based in the territory, told reporters in a brief statement, without taking any questions.

“Hong Kong is the pearl of the orient, an international metropolis. Hong Kong compatriots have made important contributions to the reform and opening up and modernization of our country. The motherland will always be Hong Kong’s strongest backer.”

“In the past half a year, the Hong Kong situation has been worrying. Everyone eagerly hopes Hong Kong can return to the right path,” Luo said.

A loyalist of President Xi Jinping, Luo is known for enforcing Communist Party discipline. His appointment comes less than a month after he was given a different job, in the Financial and Economic Affairs Committee of the national legislature.

Until November, Luo was the top official of China’s ruling Communist Party in the northern province of Shanxi, where he had been tasked with cleaning up a graft-ridden, coal-rich region where corruption was once likened to cancer.

Before moving to Shanxi, Luo had been the top party official in the western province of Qinghai.

Protests in Hong Kong escalated in June over a controversial bill that would have allowed criminal suspects to be sent for trial to the mainland, where justice is controlled by the Communist Party.

They have since evolved into a broad pro-democracy movement, with anger growing over a perception that Beijing is meddling too much into Hong Kong, which was promised a high degree of autonomy upon Britain’s handover of the city.

Analysts have interpreted Luo’s appointment as a punishment for Wang, rather than a signal for a change in the central government’s attitude to the protests.

“Clearly Wang is being dismissed given the Hong Kong chaos. He either didn’t see it coming nor could he stop or limit it, either way he is gone,” said Fraser Howie, Director of Newedge Financial in Singapore.

“What can Luo do differently, the answer is nothing unless Xi Jinping allows some move on the political changes.”

Luo said the “one country, two systems” type of governance that guarantees Hong Kong freedoms not available on the mainland was the city’s greatest advantage and that the basic law, the city’s mini-constitution, will be “fully implemented.”