What could go wrong in Nepal in the next two years? 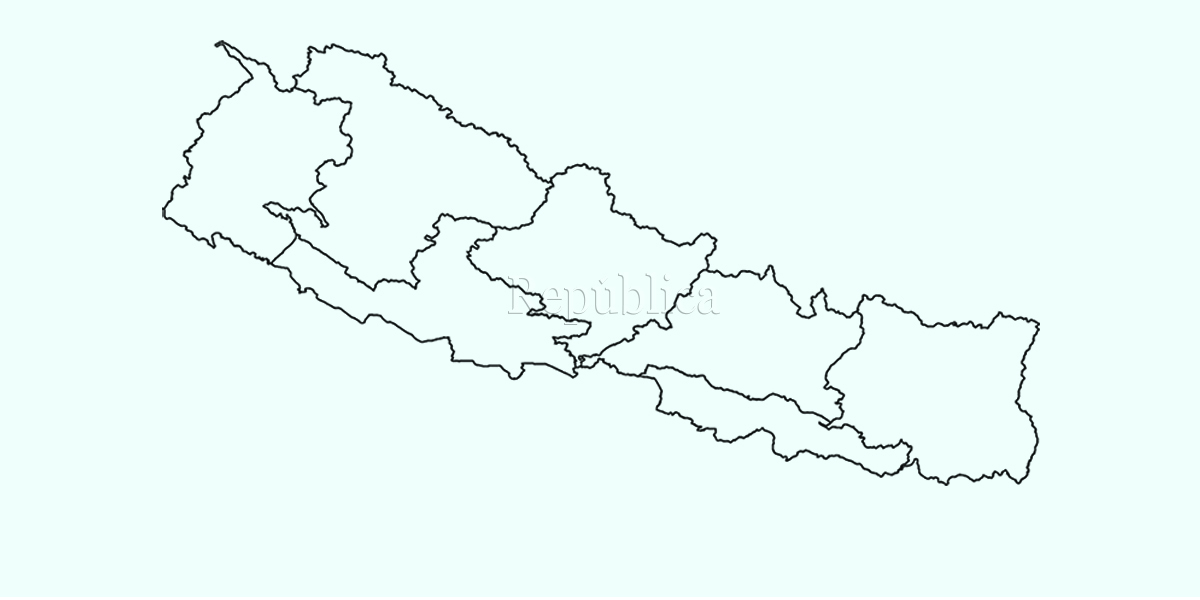 First things first. I write this with a sincere hope that these 12 predictions (warnings) for Nepal will NOT come true.

But then, “Leadership is Preparedness.” The primary question that this forecast poses to each Nepali is, “how do we all prepare best for these possible scenarios that spell cataclysm for Nepal in the post corona world? For a nation that has never learnt to prepare well, either we prepare ahead or suffer the catastrophic consequences of a lifetime. Anyone who is concerned for the welfare of their fellow citizens should start working towards finding and uprooting the underlying causes by building “transformational” solutions in the days ahead. And in the process prove this document’s predictions  false.

Nepal’s new generation’s apathy to passionately and meaningfully engage in civil society and politics will result in a democratic limbo. Democracy is relegated to “Loot-o-cracy” where all the state institutions meant to safeguard democracy become a vessel of the ruling authoritarian club of extractive political and economic institutions to extract from the rest of the population while keeping a facade of democracy.

2. Employment: Majority of youths will be “unemployable” (cannot find any dignified jobs).

By 2022, hundreds of thousands of youths (under 40) will be “unemployable” i.e not be educated or trained properly to ensure dignified employment either in Nepal or anywhere else. Not enough job demands from other countries creates a lot of desperate Nepalis stuck abroad and more desperate Nepalis trying to flee the country. Widespread unemployment will result in an upsurge of criminal activities in neighborhoods.  Significant number of citizens will be leaving Nepal legally or illegally only to find themselves trapped in most undignified and dangerous jobs abroad.

3. Economy: Nepal’s middle class will be in a state of despair and revolt.

Economy will be in a dire situation. Gap between the rich and others sharply increases as a result of COVID 19 and the government’s sheer incompetence to respond equitably to the social/economic/political crisis it perpetuated. Middle class grows increasingly poor and powerless because of the higher cost of living, starving access to opportunities and being unheard by the authorities in urban Nepal.
Unskilled foreign employment services will dry up around the world resulting in a huge number of unskilled Nepalis being forced to go back or stay in Nepal. Significant number of small businesses and startups will stop running and/or suspend their businesses because of the hostile environment made worse by lockdowns, extortions, crime and policy corruption. Nepali labor market’s access to Australia, Europe and North America will dry up significantly. In India, a Nepali citizen’s traditional “trust-worthiness” value will plummet because of geo-politics resulting in drying up of jobs for Nepalis in India.
Defaulting on loans starts from the upper class moving rapidly into other classes. Agriculture productivity will not increase in proportion with the increased human and financial investment because of improper and lacking state policies. The state continues to painfully extract from both producers and consumers. Hence, hyper-inflation starts becoming a major headache.

To satisfy their addiction for perpetual power, Nepal’s ruling elite use hollow nationalism and communalism copying world populist trends. This results in Nepal being tagged internationally as a ‘failed nation’. To serve their competing national interests, India, China, the US and other Western allies increasingly use Nepali politicians and power centers as their proxies. Help in the form of grants, loans and investments dries up significantly.

Only major investments by proxies will replenish the gap in the short term, which results in massively corrupt projects benefiting the ruling elites and their cronies while suffering from the “melamchi” syndrome. International loan repayments becomes a major headache for the government leading to  bitter terms and conditions placed by international agencies and unpopular taxation upon citizens.  Because of international distrust and domestic radicalization of certain youths, traditional (Lahure) culture of recruitment of Nepalis into foreign security services becomes more and more controversial leading to a policy of drastic reductions and even abolitions of using Nepalis for security internationally.

The extractive ruling elites along with conservative religious influencers will end up rallying many Nepalis to support a Fascist-Stalinist power under the banner of “Hollow” Nationalism which wants to protect the nation at the cost of citizens.  Opposing ragtag alliance of progressives will begin to form. Different nations may start to “openly” take sides internationalizing the “internal” political crisis.
The new generation will be divided by “hollow nationalism” in the pretext of “preserving the nation”. These “crony communists+capitalists” elite run the state by repeatedly abusing the narrative of nation first to stifle any dissent against their autocratic rule. To counter this, scattered progressive movements based on values of humanity will be organizing citizens around “citizens first”. Continued repression may lead to a violent uprising and some form of power grabs in the name of preserving “democracy”.

Many mainstream media are starved onto bankruptcy or corrupted  by vested interests. Nepalis are fragmented into “echo chambers” that enhance their own negative biases and lessen their tolerance.  A lot of fake news, misinformation, disinformation spread through media and social media portals are sponsored by the powerful influencers and institutions dividing or confusing Nepalis on the pretext of patriotism and culture, religion and progress. The state uses vigilantes, technology to control social media and severely restrict freedom of expression in Nepal. Fake news will be used frequently to character assassinate and silence opposition.

7. Disasters: Man-made disasters lead to loss of tens of thousands of Nepali lives.

Man-made disasters that arose from the government not responding properly to COVID19, climate crisis, epidemics, environmental events and resulting poverty will result in the deaths of tens of thousands of Nepalis yearly. Harmful urban and rural planning with shoddy infrastructures and little citizen awareness along with extra-judicial killings and life threatening injuries by security and citizens will reach a new high.
Hunger will be a silent mass murderer. As a result of this chaos, one death in each extended family might become a jarring reality in the next two years.

The State will be bankrupt and not in any position to supply timely wages and financial dealings. Cronyism and corruption will be the preferred way for any citizen to get the state's attention and affection. Extractive (political and economic) institutions will openly and regularly abuse the state machinery. The Judiciary will not be freely or fairly judging the activities of the state and its cronies. Legislative will neither be accountable or be listening to citizens, only to its powerful vested interest bases. Executive branch at this point may neither be transparent nor deliver much of their prescribed duties. For example, timely delivery of fertilizers to loans, medicines to educational materials to government services will become rarer and rarer resulting in social upheaval. People won’t have much faith left in the implementation of the constitution of 2015.

Chaos in the public health sector revealed by the COVID19 crisis will start taking its toll. Break down in families and social harmony leads towards influx of urban refugees and further centralization, cronyism of the healthcare industry. Implementation for Health to be the state's constitutional primary responsibility will be consistently challenged by powerful private healthcare industries/vested interests and this conflict reaches a new height. Public health sector will hop from one crisis to another with a critical mass of qualified medical professionals moving abroad.

An overwhelming distrust in the current education model/delivery of Nepal’s education system will lead to a protracted showdown between the private education industry, the communities and the government collapsing the educational system. This leads to a possible exodus of students abroad and/or dropping out. Ideological debate on the state's constitutional duty in education becomes a burning issue nationally.
The inability of the new generation of Nepalis with enough emotional intelligence and “resilience” who can handle the sharply changing world becomes a national priority debate. Public schools and colleges are openly used as a recruitment and support base for the illegal activities and investments of extractive institutions.

11. Internal Security: Institutions built for law and order are abused for power and control.

Communities in large parts of the country no longer recognize the security administered by the state and increasingly resort to community policing through youths. Also security forces may be used by local, provincial and federal officials to exact control and subvert any dissent resulting as a result of the erosion of trust in the nation’s ruling elites. Security is used more for the safety of “extractive institutions and its leadership” rather than citizens.
Harmony between citizens will suffer much because of using religion, culture by vested interest to remain in power by perpetuating divide and conquer. Information technology critical for a nation’s success instead is neglected  by the state . Instead through policy corruption, IT policies will be abused to make it a “police state”. Nepal will be on its early stage to be a trafficking state.

12. Citizens: Majority of citizens no longer feel safe in Nepal.

Because of the upheavals, the majority of Nepalis will no longer be betting their future in Nepal. Minorities will increasingly become silent on issues that impact them because of the fear of tyrannical majority “mob” in that issue. Intolerance is enforced by vigilantes of extractive political and economic institutions. Youths do not trust the state to deliver. The older generation will be bitter/cynical and many (with much wealth also controlled by them) will remain a major stumbling block to the sustainable changes sought by the new generation.

Deliberations inside the new generation about finding alternatives to the current cronies ruled system will increase sharply.  Contradictory remedies proposed by the progressives and conservatives will continue to divide Nepalis. The younger generation will be divided on the choices of using “violence” or “non-violence” towards the change they seek for Nepal. Even Nepalis abroad won’t feel safe abroad as the divide reaches all over the world. Humane values in each citizen will be severely tested and compromised in the resulting chaos.