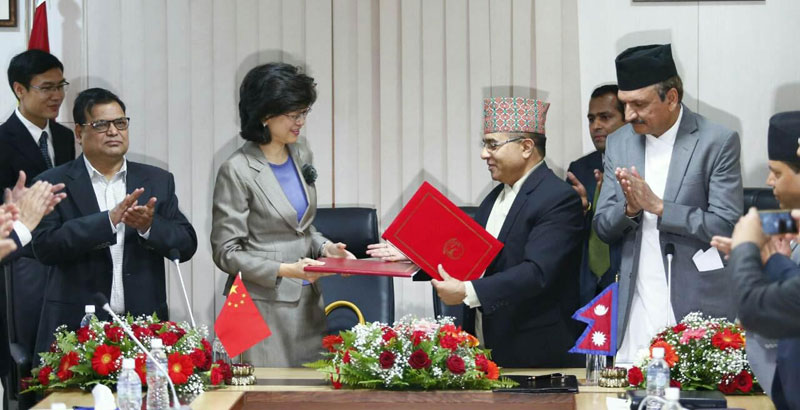 Let us prepare Nepal for its glorious future by building the 21st century relevant leadership it deserves
If an elephant, a tiger, a fish and a monkey were all told to climb a tall pipal tree which of them would make it? Only the monkey. The question we face in choosing our leaders for Nepal is similar: What kind of leadership will deliver a prosperous Nepal within our lifetime?

Every political force is born with a specific mission and molded with specific values and systems to deliver that within a certain timeframe. Its actions would be based on its unique culture and systems it has built and practiced to fulfill its primary mission. Let’s call this its ‘DNA’.

In Nepal, political forces like the Nepali Congress, UML, Maoists and their multitudes of splinter groups were formed to get rid of one or all of the following: the autocratic Rana Regime of the 19th century, the single-party Panchayat system of the 20th century and the absolute monarchy of the 21st. They were built specifically to rid Nepal of autocracy and introduce democracy and were successful. But after having achieved all this we are in a crossroads. The road behind leads back to authoritarianism and dictatorship, the road on either side, leads to preserving the current status quo with no focus or vision towards preserving democracy. The only ‘common sense’ road forward is to find the best way to preserve democracy which happens by ensuring prosperity for all citizens. And this road towards equitable prosperity needs leadership with a radically new DNA.

This new ‘prosperity DNA’ needed to preserve democracy is evolved and distinct from ‘freedom DNA’ that brought democracy. Nepal today faces an existential crisis. Unless a prosperous democracy is delivered within our lifetime, the last century of painful struggles and sacrifices to ensure freedom for Nepalis will fizzle out and our very existence will be in question. Why do I say this?

Consider this. Nepal lies between two of the soon to be the biggest economies of the world. By 2030, China will be the second richest country in the world with India projected to be the third richest. In a dozen years or so, we could almost imagine Nepal lying between countries like the US and Canada of today. Add to the fact that our country is full of youth—three out of four Nepalis are under 40, able bodied men and women who will be able work hard to create prosperity. Let’s not forget that more than three million Nepali youths are working out of Nepal in regions from the Middle East to East Asia to Europe, North America and Australia, having acquired crucial skills needed to construct first world nations. Adding Nepal’s unique diverse cultures into the equation, we are truly in an enviable position to create a melting pot of ‘prosperity, tolerance and beauty,’ an example for the world to emulate.

So the question is how we are preparing ourselves for this mission. What kind of leadership with the right DNA can get Nepal out of our existential crisis and harness the immense opportunities we have? In the past we definitely needed leaders to fight feudalism and dictatorship in an isolated world of 19th and 20th century but that era is long gone. That same breed of leadership trying to lead Nepal would be like dinosaurs unable to cope with the radical changes brought forth by the 21st century globalized “flat” world. Today Nepal is deeply interdependent with the rest of the world. In the past one decade alone, millions of Nepalis have moved in and out of Nepal, becoming global citizens and acquiring globally relevant skills. As our priorities have changed by our global exposure, so should the kind of leaders we have. For far too long, we Nepalis have given 19th and 20th century prepared leaders the keys to prepare Nepal for the 21st century. And they have failed miserably and repeatedly.

Leaders of the 21st century Nepal must be adept at transforming poverty into prosperity, nepotism (aafno-cracy) into meritocracy, extractive institutions into inclusive institutions and fatalism into youthful dynamism. Let me discuss each in brief.

First, leaders prepared for the 21st century should know how to foster an entrepreneurial, innovation appreciating society in Nepal. They should excel at utilizing our unique geopolitical neighborhood to create the right environment for building equitable prosperity.

Today, an average Nepali citizen wants to become self-sustainable to create a prosperous future for their family. She doesn’t want to be compelled to work on some distant land for years at huge social costs to her and her family. The political forces seeking to lead Nepal in the 21st century can no longer be driven by the ideologies of the past but by contemporary issues and a common pursuit of a dignified, prosperous, peaceful life. Far too many leaders bang their brains on focusing their energies on why Nepal remains poor while not investing enough to work on how Nepal will prosper.

Second, as Dor Bahadur Bista rightly pointed out in Fatalism and Development our fatalism, chakadi tantra permeates much of our older generation’s mindset. But the young generation (over 82 percent of Nepalis are under 45) are itching to get out of this vicious cycle of nepotism. Literacy rate has jumped from single digits to two-third of the population within the last half century. Almost every Nepali is now connected to the world (mobile penetration is nearly 100 percent). Soon remote villages will be doing business with clients continents away. We just need leadership that is prepared to take Nepal to this eventuality. The 21st century world runs best on a culture that embraces the spirit of meritocracy while embracing the power of diversity. So it is imperative we get rid of the current fatalistic systems that excel at nepotism which is toxic for our unity, integrity and equality. For this, we need to build a critical mass of bibeksheel citizens who do away with the culture of ‘nepotism’ in favor of a meritocratic Nepal that celebrates diversity.

Third, Nepal needs a servant government, not the “master” government it has been forced upon till now. Nepal has been ruled so far by extractive political and economic institutions that serve only to extract incomes, wealth and power from its citizens for the select elites.

Finally, selecting incompetent leaders to govern repeatedly and expect them to deliver is insanity. But that has been the tradition in Nepal because of our fatalistic culture—the belief that we are all destined to remain in misery until and unless someone mighty will deliver us out of our situation. Our fatalistic dependence on underperforming rulers has left behind a poorly managed, bewildered and demoralized nation.  While many of the past generation have resigned to this fatalistic mindset, the young generation is cultivating a new mindset of ‘shape your own destiny.’ Even today, many of the prosperous nations of the world crave for our youthful population our talents and work ethics. That is why the best and the brightest youths have spread out to build first world nations.

Only by selecting leadership with the right DNA to harness our country’s youthful dynamism can we lead Nepal towards equitable prosperity.

An example of leadership with a radically different set of DNA is BibekSheel Nepali, which was conceived in the 21st century to deliver a prosperous republic. Its system, values and culture are designed to build ethical, servant leadership for Nepal, moving beyond ideologies of the 19th and 20th centuries to focus on 21st century values.

So what is in BibekSheel Nepali’s DNA? First, it focuses on molding and uniting a critical mass of judicious, bibeksheel, citizens with strong ethical human values like integrity, excellence, courage, humility, empathy and transparency. Second, it strives to turn our society into an entrepreneurial, innovation-centric and self-reliant to build a sovereign nation that can deal effectively with its giant neighbors. Third, it focuses on building a servant government that consistently delivers a safe environment for Nepalis to excel in Nepal. And finally, these three persistent interventions on a citizen, social and government level enables a friendly state in Nepal which consistently and persistently delivers equitable prosperity for all Nepalis within the next few decades.

Preparedness is leadership in the 21st century. Let there be no doubt Nepal will soon be in one of the centers of the world. Our destiny depends on how we prepare now. Let us prepare Nepal for its glorious future by building the 21st century relevant leadership it deserves.  In the next six to eighteen months, perhaps you will get a make or break opportunity to select your next mayor or lawmaker. Who will you choose?

The author is the President of BibekSheel Nepali Party