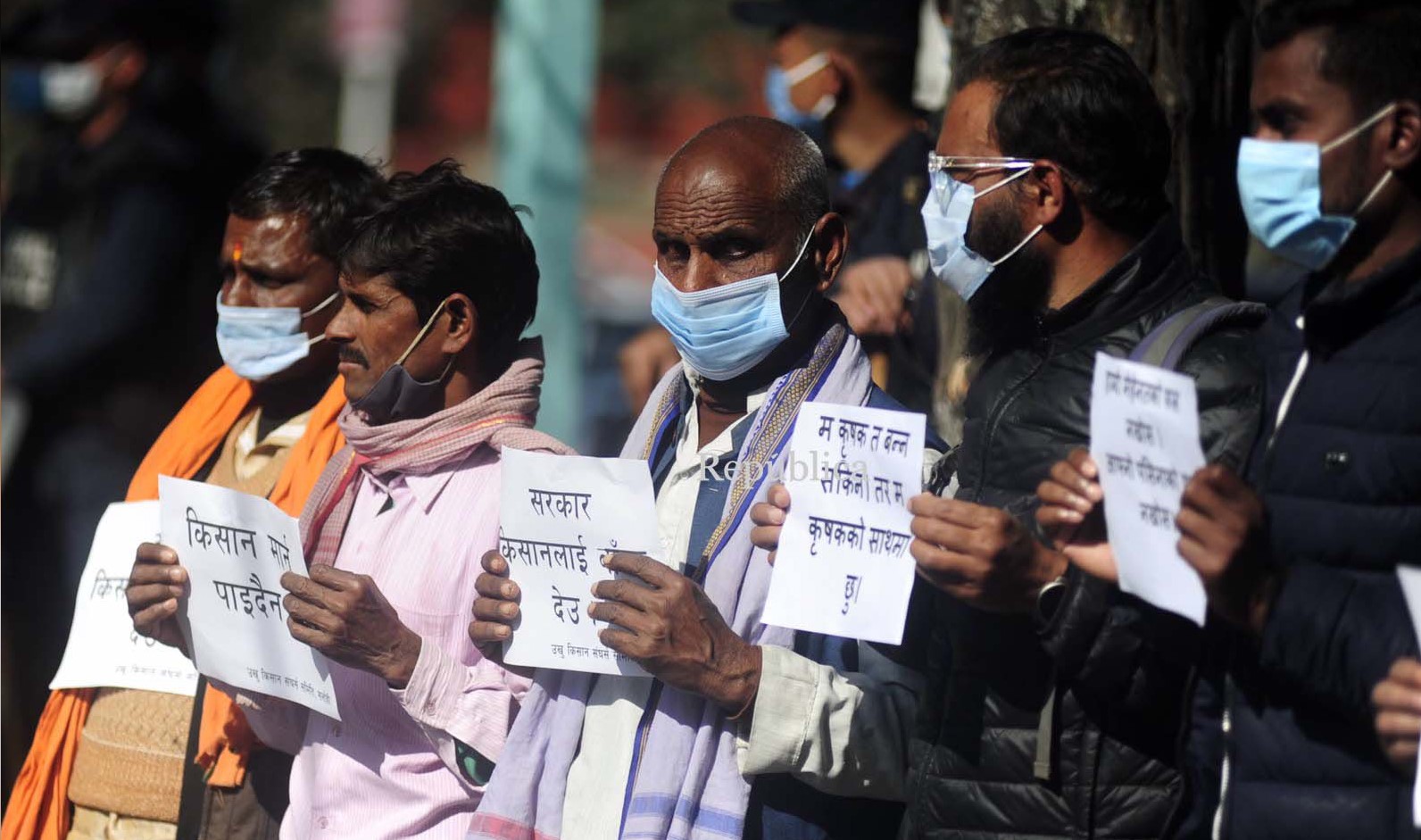 Ayushma Maharjan is a researcher at Samriddhi Foundation, an independent research and educational public policy institute based in Kathmandu.
ayushma@samriddhi.org

Nepal requires a more comprehensive solution to reduce the risk of price volatility and payment default in the sugarcane industry.

The adversities faced by sugarcane farmers have been unequivocally portrayed by the multitude of protests organized by Sugarcane Farmers’ Struggle Committee. Likewise, other farmers have also been facing similar problems—lack of inputs, market access and so on. They reflect a deeper problem with Nepal’s agriculture sector. Given the failure of the government to resolve these issues, it is apparent that a different course of action needs to be taken to address the fundamental problem. We need to look beyond our conventional strategies. Let’s explore the issue using the sugarcane farmers as a case in point.

For seven years, the sugarcane farmers have not received timely payments from the sugar factories. While through protests they have attempted to exert pressure on the government to help them recover their dues, they also have put forward additional demand to increase Minimum Support Price (MSP) and provide free supply of seeds and fertilizers.

On the other hand, the sugar mill operators are adamant that given the persistent import of cheaper sugar from India and Pakistan, they have been operating at a loss and thus they are in no position to clear the dues. Additionally, the sugar factories claim that the MSP is not reasonable for the comparatively lower quality sugarcane produced in Nepal.

The sugarcane farmers have indeed experienced a grave injustice for many years. In view of the plight of thousands of sugarcane farmers, the government needs to swiftly resolve the issue before it further retrogrades.

What can be done?

In order to immediately resolve the issue, the government has two options: Pay back the dues to the farmers from the state treasury or provide subsidies to sugar factories. Either way, the government will have to shift the monetary burden to the taxpayers. In the short-run, given the obstinate demand of sugarcane farmers to receive their payment and the incapability of sugar factories to make the payments, this seems to be a plausible option. However, it is just a band aid. Taxpayers should not be burdened perennially.

So, what’s the ultimate solution?

Rationally speaking, Nepal clearly does not have comparative advantage in the entire sugar industry—from sugarcane farming to sugar production—in terms of both quality and price. Nepal’s sugarcane productivity is 41,000 kg/ha whereas the same is 78,000 for India. In addition to the advantage gained through greater economies of scale, the government of India provides heavy subsidies to the farmers. Since Nepal can in no way compete with India, logically, Nepal would benefit immensely if it consumes the low priced sugar imported from India, while utilizing its resources—land, labor, capital and machineries—in producing other agricultural goods where Nepal has higher comparative advantage.

If we are willing to entertain this thought, then the next question would be how to address the switching cost for present sugarcane farmers?

For sugarcane farmers, sugarcane is not just a crop but a way of life. They have more than just a material attachment with the crop. And if the government were to intervene by requiring sugarcane farmers to switch crops, that would be an utter violation of their basic rights. Therefore, Nepal requires a more comprehensive solution to reduce the risk of price volatility and payment default in the sugarcane industry. At the same time, incentives should also be provided to the farmers to encourage them to voluntarily shift toward more productive crops.

A more sophisticated market mechanism like the commodity market could be a right fit for Nepal at the moment. A commodity futures market is a platform through which futures contracts—agreement to buy and sell goods at a specific price in a future date—are bought and sold. The contracts go through an exchange clear house which acts as stock brokers for the commodity market.

The contracts help farmers to hedge the risk of price fluctuations as well as payment default. If such a thing could be guaranteed, it would subsequently create an enabling environment for contract farming in Nepal. As a result, farmers’ access to other benefits like crop insurance, warehousing facilities and higher credit from formal institutions would expand.

The fundamental benefit of this is that farmers or their partners know beforehand about the future demand and price of sugarcane. In case of low demand price, the farmers will have a choice and a chance to switch to the crops which have higher demand and thus higher return. Moreover, since the future contract provides guarantee on the quantity, quality, and price of sugarcane to the sugar factories, the factories can pre-plan their production in such a way that they can maximize their profits and respect the contract.

Currently, Nepal does have a commodity market but it is in a nascent stage. Despite sugarcane being classified as a certified product that can be traded in the commodity market, lack of infrastructure, technical human resource, awareness among farmers, and favorable policy environment that allow market mechanisms to work have barred the farmers from benefitting from the commodity market.

Lifting stringency in providing license to commodity exchange companies would foster competition, enabling growth of the sector through clear regulatory framework for contract farming and foreign investments, investment in physical infrastructures like agricultural roads, warehousing facilities and digital infrastructure and investment in awareness of commodity markets, especially among the farmers. These should be the priority agendas.

Utilization of commodity markets is the need of the hour. It would be an injustice to the taxpayers to make them bail out both farmers and factories forever.

It is getting late to enable Nepali farmers to make rational choices to empower them and to allow them to prosper as well.