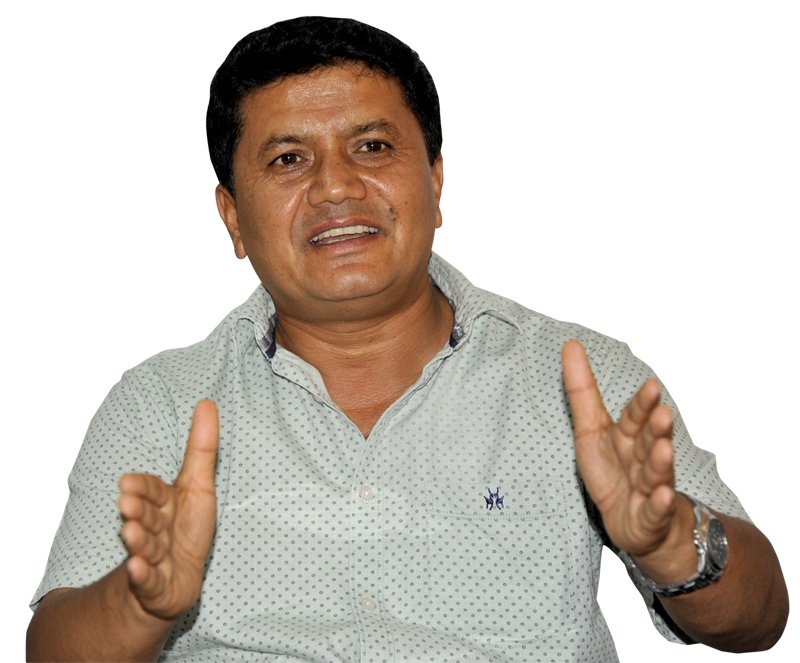 Once, Fewa Lake was spread over an area of 22,000 ropanis. Now the same lake is confined to just 4.2 square kilometers due to encroachment. Why couldn't the political leadership take action to stop the encroachment?

It seems that the encroachment started a very long time ago. To tackle the problem, we rolled out some criteria after 2005/06. A commission was formed to make the policy for Fewa Lake. Before that, the District Development Committee had carried out a survey to determine the area of the lake. But public attention to the encroachment upon the lake had started from 1999/2000.

Secondly, landslides started burying Fewa Lake and the buried areas later turned into farmland. Locals and entrepreneurs also encroached upon the lake's area. The political leadership could not stop that, which is very unfortunate.

Now the lake has become everyone's interest. Many organizations have been working for it. Although there have not been new encroachments lately, today's need is to free Fewa from the encroachments of the past. Political instability has also contributed to the failure in effectively conserving the lake. Likewise, constructing damns above lake depositions also has added to the problem.

Those encroaching Fewa Lake are from the former king to prestigious entrepreneurs who can influence even the policy makers. How can the lake be conserved?

The common people haven't encroached upon the lake. It's been done by either people of high social standing or the locals. A big project should be run to save the lake. The encroached land should be confiscated. Likewise, the height of the dam at the lake can be increased. JICA and ADB also worked on Fewa Lake projects but couldn't do much. There are people who want such projects to succeed, but there are also others who don't.

The probe committee formed to monitor Fewa Lake encroachment has recommended confiscation of land ownership documents of those encroaching upon the lake's area. What are you going to do as the people's representative for the implementation of this recommendation?

There already are some criteria in practice to define encroachment upon the lake's area. Everyone should follow that criteria and I'm confident that we will take a stand on it. We will not compromise on it and will implement it. Today's need is a big project for the conservation of Fewa Lake.

What is the Development Committee of parliament working on currently?

The committee has proposed taking Fewa Lake conservation forward as a big project. I think the project will be finalized in the coming three to four months. A similar project has already been implemented in Rupa Lake. There will be a bigger project for Fewa Lake, which is the lake in Pokhara facing the biggest existential crisis. We worked for Rupa Lake through a project and we will do the same for Fewa Lake. However, the project has not been able to move forward due to land issues.

POKHARA, Aug 3: It may surprise many that land at famous Fewa Lake in Pokhara has been registered for years... Read More...

Rabi Lamichhane dismissed from the post of DPM and Home Minister, SC finds him guilty in citizenship and passport case
17 hours ago

What next as Lamichhane steps down from the ministerial position and party president ?
2 hours ago